Enterprises today continue to face challenges maintaining an inventory of all of their infrastructure. They need to ensure timely patching of their servers spread across their on-premises and cloud environments using the same set of tools.

In this guest blog post, Divya Elaty, VP, Cloud Engineering at Moody’s, and Sarat Guttikonda, Global Solutions Architect at AWS, explain how they use AWS Systems Manager as the preferred tool for patching their hybrid environments, which use AWS and Azure.

With our experience at Moody’s patching hundreds and thousands of servers in our data centers, spread across multiple geographical locations, we understand the challenges of maintaining an inventory of all servers, operating systems, and their patch levels. Servers owned and managed by different teams have different patching strategies, schedules, and severities defined. The biggest challenge is to find a single tool or a mechanism to check if all the servers are compliant with a particular defined patch level for a specific operating system, and patch them in time. This challenge becomes even more complicated when we need to expand to multiple cloud platforms.

AWS Systems Manager is a service that makes it easier to configure and manage your Amazon EC2 instances, on-premises servers and virtual machines, and other AWS resources at scale. Systems Manager gives you a complete view of your infrastructure performance and configuration, simplifies resource and application management, and makes it easy to operate and manage your infrastructure at scale.

In this blog post we’ll walk you through the architecture, workflow, and step-by-step approach of how we at Moody’s configured AWS Systems Manager as the desired tool for patching servers across a hybrid environment. 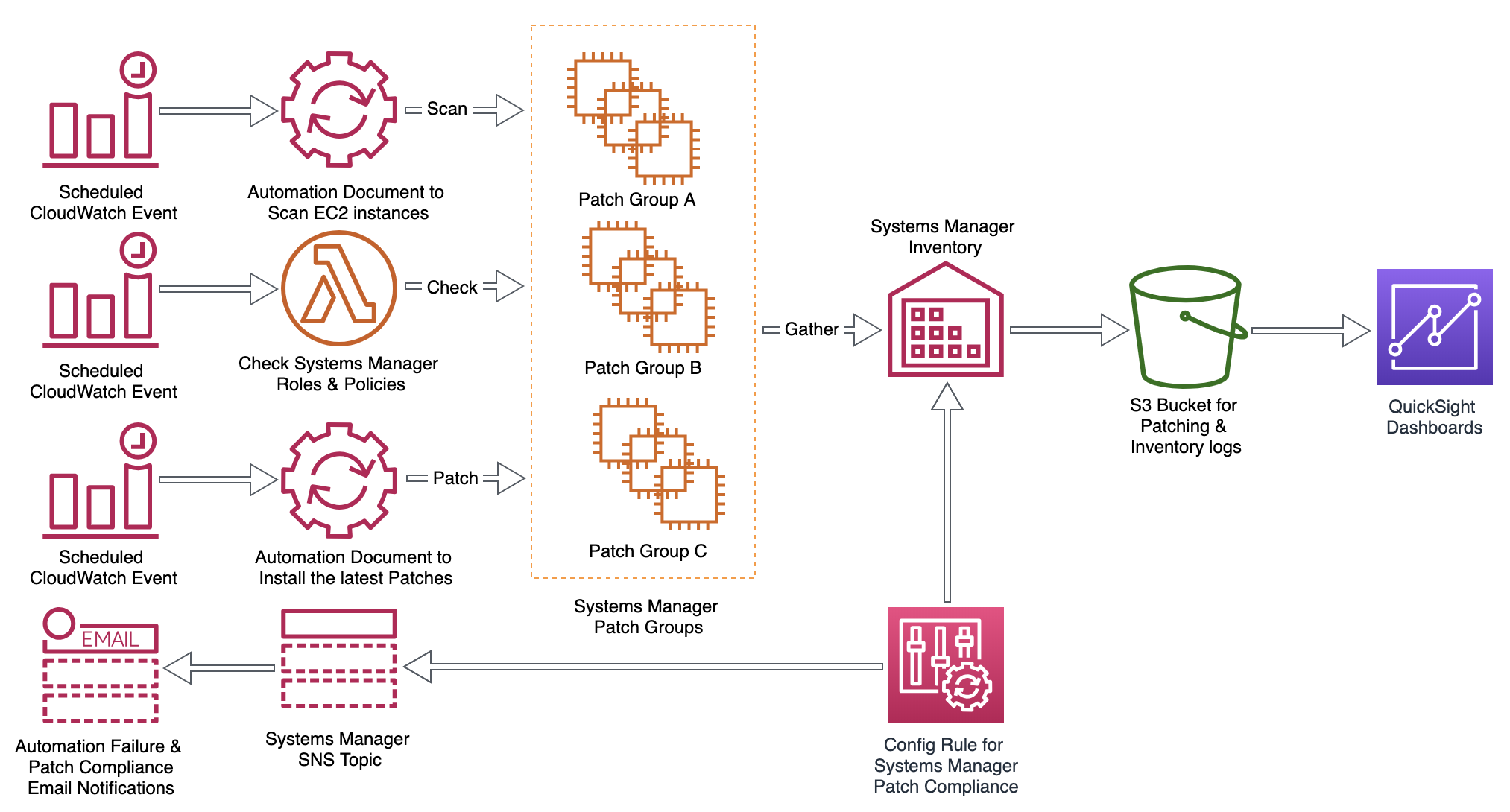 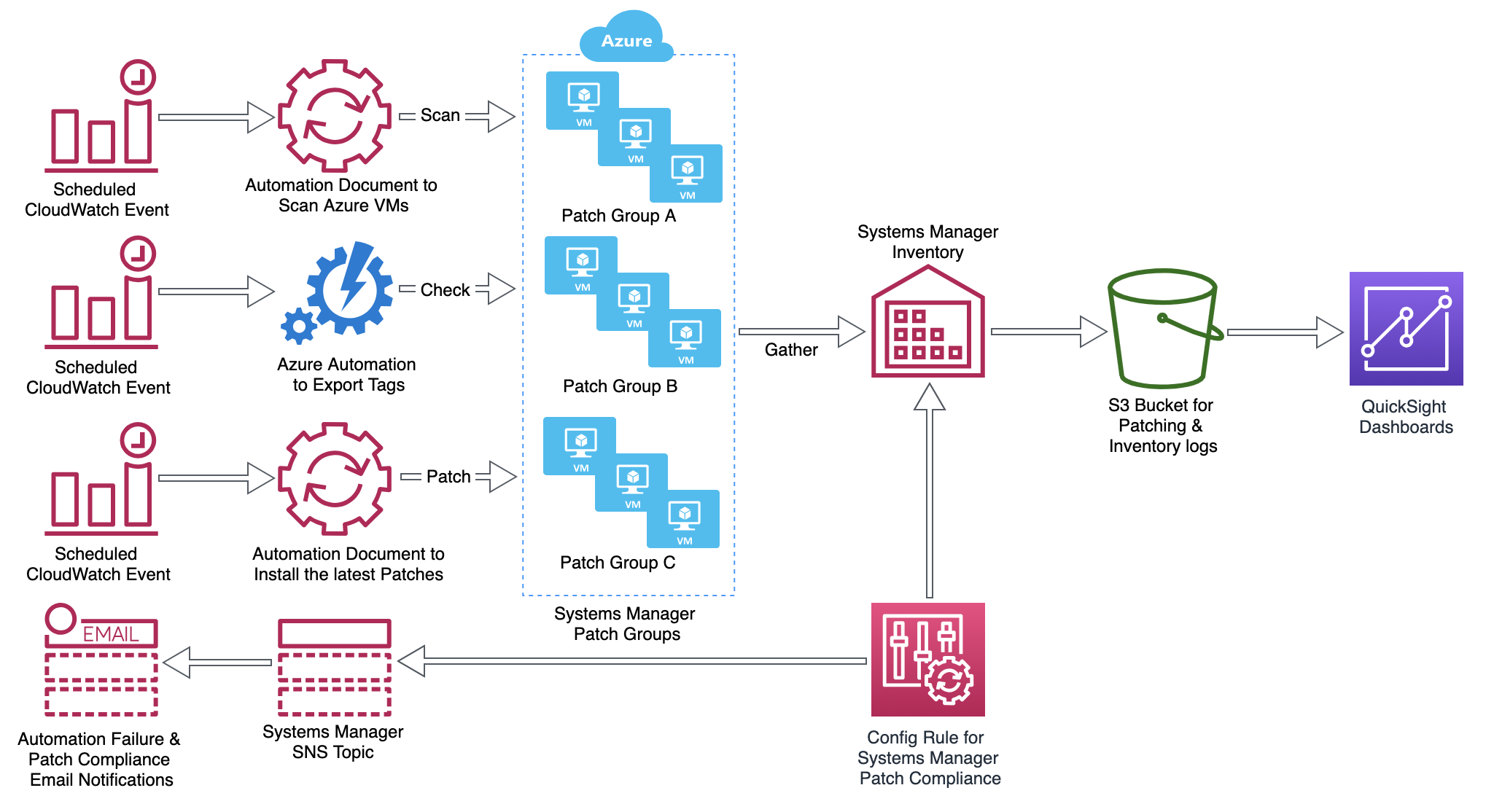 With Azure virtual machines (VMs), everything is same as with AWS, except that for the second workflow there will be “Check Azure VM Tags” instead of “Check Systems Manager Role.”

How to use Systems Manager for patching servers using an on-premises, multi-cloud, multi-account, and multi-Region infrastructure setup

In this section, we’ll walk you through the following:

Amazon S3 setup
Create two S3 buckets in every Region and in every managed account to store logs from patch-baseline and inventory actions.

Create an S3 bucket in the master account in a single Region of your choice to store resource data sync information.

Security group for EC2 instances in the private subnets:

Please read the restrictions and limitations of using VPC Endpoints.

AWS Systems Manager Inventory provides visibility into your Amazon EC2 and on-premises computing environment. You can use Inventory to collect metadata from your managed instances. You can store this metadata in a central Amazon Simple Storage Service (Amazon S3) bucket, and then use built-in tools to query the data and quickly determine which instances are running the software and configurations required by your software policy, and which instances need to be updated. You can configure Inventory on all of your managed instances by using a one-click procedure. You can also configure and view inventory data from multiple AWS Regions and accounts.

You can use Systems Manager Resource Data Sync to send Inventory data collected from all of your managed instances to a single Amazon S3 bucket.

If you have not configured Resource Data Sync for Inventory, you either need to manually gather the collected inventory data for each instance, or you have to create scripts to gather this information. You would then need to port the data into an application so that you can run queries and analyze it.

With Resource Data Sync, you perform a one-time operation that synchronizes all Inventory data from all of your managed instances. After the sync is successfully created, Systems Manager creates a baseline of all Inventory data and saves it in the target Amazon S3 bucket. When new inventory data is collected, Systems Manager automatically updates the data in the Amazon S3 bucket. You can then quickly and cost-effectively port the data to Amazon Athena and Amazon QuickSight.

Set up Inventory and Resource Data Sync for all the managed accounts within the desired Regions.

Perform the following verification in your master account (and Region) as the inventory data should be collected in the centralized S3 bucket in the master account.

Log in to the master account, and go to the Amazon S3 console. Navigate through the centralized bucket that you created (sec-virginia-ssm-data-sync).

Instance metadata will be captured and sorted in folder structures by Parameter, AccountID, and the Region. You can drill down to see the information about each instance.

3. Patching with an Automation document Invoked by Amazon CloudWatch 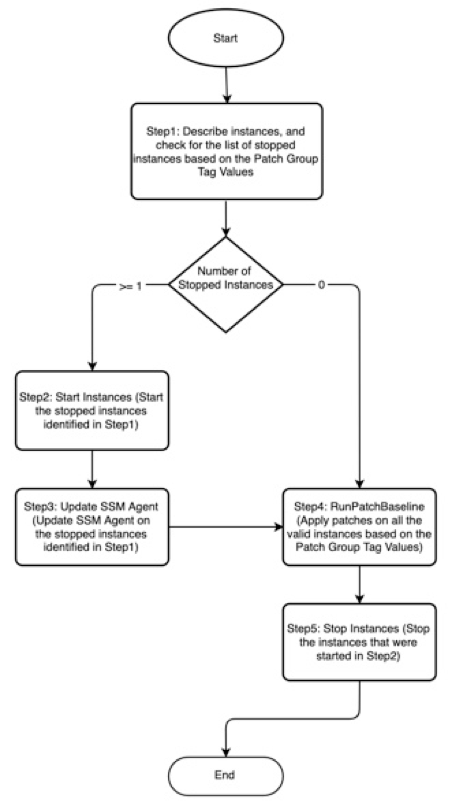 You can use AWS Systems Manager Configuration Compliance to scan your fleet of managed instances for patch compliance and configuration inconsistencies. You can collect and aggregate data from multiple AWS accounts and Regions, and then drill down into specific resources that aren’t compliant. Systems Manager Compliance offers the following additional benefits and features:

Querying Inventory Data from Multiple Regions and accounts:
The following steps need to be performed in the master account (and Region). Read this documentation. 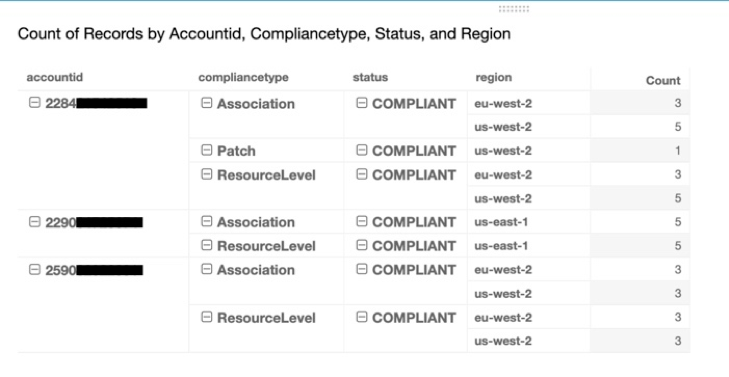 Remediating compliance issues
If you identify any instances that are in NON_COMPLIANT status, you can quickly remediate patch and association compliance issues by using Systems Manager Run Command. You can target either instance IDs or Amazon EC2 tags and run the AWS-RunPatchBaseline document or the AWS-RefreshAssociation document.

In this blog post, we have seen how AWS Systems Manager can be used as a tool to manage your inventory of servers, patch them, and check them for compliance from a centralized web console. The same process discussed for Azure can be extended to your on-premises servers.

AWS Systems Manager integrates well with other services, and provides the following features to help you manage virtual machines from a single location: 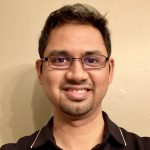 Sarat Guttikonda is a Global Solutions Architect at Amazon Web Services. He is a serverless enthusiast, and helps Financial Services customers deploy secure, resilient, and scalable applications on AWS. 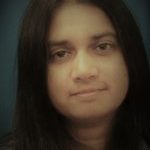 Divya Elaty is a VP of Cloud Engineering at Moody’s Corporation. She is a cloud enthusiast and works in the areas of cloud architecture, cloud security, cloud automation and orchestration.