February was a busy month for the AWS Public Sector blog. Here are the five posts that left the greatest impact on our readers.

For soldiers in remote or “disconnected” environments, video content must be delivered securely and it must be tailored based on roles, missions, and other factors. Previously, troops stationed around the world would struggle with distribution and network connectivity challenges that prevented them from accessing military command videos, training videos, entertainment, or even the ability to call home. Read more. 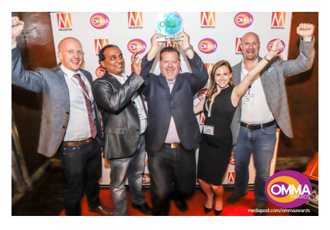 2. FIA Recognized for Saving Lives with Artificial Intelligence – its CEO Tells us Why

Federation for Internet Alerts (FIA), the nonprofit whose mission is to get crucial alerts in front of the right people at the right time and place, recently received multiple Creative Media Awards for its life-saving technology. It’s also the second consecutive year that FIA has won the Shorty Social Good Award for Technology. And this is just the start. Read more.

When the United States Air Force was looking to automate IT risk management and security compliance of NIPRNet and SIPRNet environments across the enterprise, their search led them to Xacta 360, the risk management and compliance solution from AWS Partner Network (APN) partner Telos Corporation. Xacta 360 is helping the Air Force accelerate authorizations to operate (ATO) – leading to faster AWS cloud adoption – and to continuously monitor systems and workloads for security compliance. Read more. 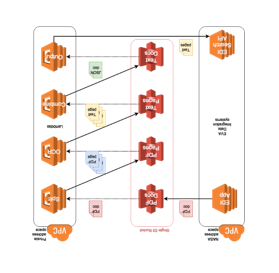 The NASA Extravehicular Activity (EVA) Office at NASA Johnson Space Center (JSC) needed to be able to search and make decisions based upon a huge volume of spacesuit safety and test documentation, many of which were only available as scans of paper reports. Timeliness was critical, especially in the event of a spacewalk mishap. While the EVA Data Integration (EDI) infrastructure was hosted in AWS GovCloud (US), the load to perform optical character recognition (OCR) on 100,000 pages per month overwhelmed their systems, so they had to suspend their OCR activity. Read more.

Cloud technology continues to be a major catalyst in how the federal government can achieve operational efficiencies and innovate on demand to advance their mission. Many government agencies, including the Department of Defense (DoD) and other agencies with mission-critical workloads, are using AWS’s utility-based cloud offerings to process, store, and transmit federal government data. As evidenced by the full range of our Authorizations-To-Operate, third-party attestations, and certifications, the AWS Cloud provides government customers with the only one-stop shop to handle Public, For Official Use Only (FOUO), Sensitive, Secret, and Top Secret workloads. Read more.

Stay plugged in for next month’s blog roundup and upcoming episodes of the AWS Public Sector Podcast.