University of Muenster creates openSenseMap to engage with citizens and students

From the home to the classroom, University of Muenster works to engage citizens and students with scientific learning. As part of this effort, the university recently created the openSenseMap, an easy-to-use, open application platform built for the publishing of open sensor data. 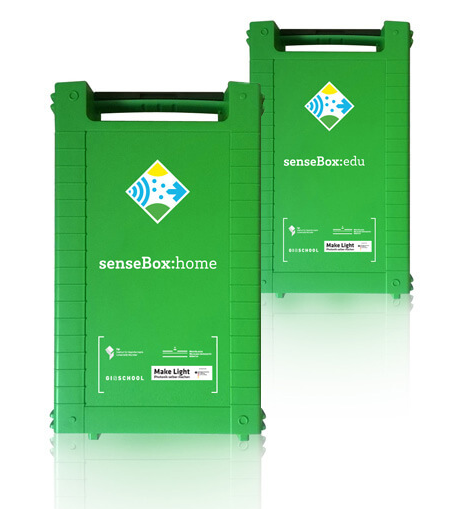 With the openSenseMap, University of Muenster relies on sensors to collect geographic and environmental data (temperature, humidity, air pressure, and illuminance) from users with do-it-yourself sensor stations called senseBox:home and senseBox:edu. With a senseBox, you can take measurements that will help to answer a variety of scientific questions supporting citizen science projects locally and globally. Data collected by senseBoxes can provide measurements of various environmental factors and can contribute to more precise statements regarding climate, pollution, or traffic. Each senseBox:home  and senseBox:edu transmits its measurements directly to the map, where anyone can observe, analyze, and download the data. This method to collect data has provided an accessible and tangible way to work with data, teach programming skills, and learn more about the environment.

“To get more people involved, the sensebox needs to be usable and fast. By moving the platform to the AWS Cloud, we have seen improved speed and better service, and it is more secure and more stable compared to our local server,” said Thomas Bartoschek, Research Associate at the Institute for Geoinformatics at the University of Muenster, and founder and leader of the GI@School Lab and of senseBox.

Prior to moving to AWS, the openSenseMap was hosted on local servers at the university. They were unable to scale up, and the team dealt with problems running and scaling the app. With the goal of engaging with more citizens and students, they needed scalability. Since they received funding in April from the German Education Ministry, they have tripled the number of users from 60 to 250 registered sensors and devices actively submitting data.

The senseBox program works with schools, teachers, and citizens to educate, share data, and engage with scientists to discover more about the environment. The senseBox is developed exclusively following open science principles publishing the collected data for public use. Anyone can take the data and build dashboards or other tools on top of it. It is also not restricted by products, and is open to other sensors as well. 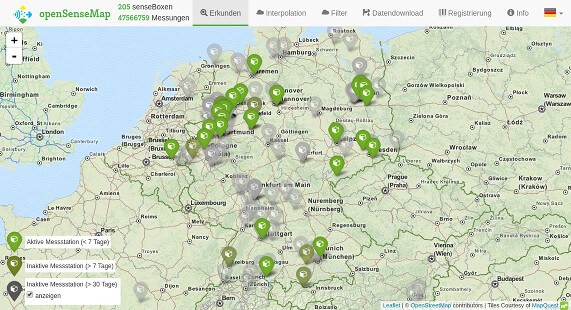 The university also won the CodeWeekAward, an independent EU and German initiative to get citizens and young students interested in coding. They organized a sensebox hackthon for kids during summer vacation, and 40 kids between 10-18 from Germany took part in the event. During the three-day hackathon powered by AWS, the participants gathered ideas, formed groups, coded applications, and built prototypes with the hardware. AWS provided access to our platform services and provided an Alexa Echo device for building voice interfaces to the sensebox. For example, two students used Alexa to interact with the sensebox data on OpenSenseMap to determine whether they would need sunscreen in City X or what to wear on that given day. See the presentation here. Three other groups used AWS to generate applications on measuring daily CO2 output and to save sensor output (camera pictures, temperature data, and more) on Amazon Simple Storage Service (Amazon S3).