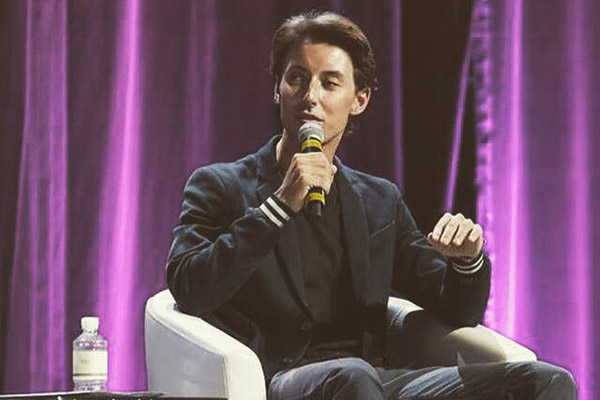 Chris Obereder is in some ways a typical Silicon Valley wunderkind. Only 26, he started out in tech at the age of 14 and has been called a “social media black magic artist” by Napster founder Sean Parker. But unlike some of his other tech industry peers, he emphasizes the importance of openness, creativity and just plain fun in crafting a career. In the span of just a few years, he’s gone from ad marketing to chat bots to crypto, and he has no illusions about sticking with that market forever. “I don’t know what I’m doing in five years from now,” Obereder said. “It might be totally different. In five years, might be crypto, might be something else. No one knows where it’s heading, so just stay open to new adventures always.”

This type of casual flexibility may seem noncommittal, but in fact it has serious operational advantages. Drawing from his governing philosophy for cutting through the noise on social media to create truly viral content, Obereder has embraced the value of creativity. “Creativity is the most important part,” he argues. “You need to be really creative and constantly just trying new things. If you always try the same thing and it works, at some point it won’t work anymore. I’ve seen that many times: You have one channel that works really well to get your product out there, then something happens. For example, Facebook, or all of the big social networks, they shut down the apps for crypto, and then some ICOs and startups that were really focused on that channel, they lost it. And then they’re standing there like, ‘What are we going to do now?’ So you need to be always open. Even if you have something that works, try new things. Don’t think that this will be there forever.”

For Obereder, creativity isn’t just an ideal for executing projects, it’s the guiding star of his entire successful career thus far. Staying in one spot won’t cut it, he says. “You always have to find the next wave, and then you have to kind of try to ride it, so get your surfboard and jump on it. It’s not easy to spot the next wave. Maybe this wave is difficult to ride, and that wave was a small wave, and that wave ended quickly. But there’s always new waves. You kind of have to see them coming a bit before, and if you get in early that helps you a lot. The market rewards you for taking risks and going in early.” It’s this kind of attunement to trends and willingness to take risks that brought him to the attention of Silicon Valley.

The ability to bear risks is heightened if you have the right attitude. And that’s where fun comes in. “Fun is really important with all of that because if you don’t have fun with it and you take the risk and you’re not rewarded for taking it, then it feels really bad at the end of the day,” Obereder explains. “I know people who didn’t have fun, they did it and then weren’t rewarded in monetary terms, and then they left the scene. All their friends were like, ‘What did you do? Like, why did you spend two years on that?’ But if you have fun along the way, then it doesn’t feel like you need to be rewarded. The fun rewards you already, and then you stick around longer.”

Keeping close stock of how rewarded emotionally you feel by your projects has also been a boon to Obereder, because it keeps you clear-eyed about when conditions change. Having achieved his dream to make it in Silicon Valley relatively early, Obereder was able to assess what the benefits of staying there indefinitely were, and ultimately decided to leave. “My dream was always to get to Silicon Valley somehow, and then I basically fulfilled that dream,” he said. “That’s also the reason why I left again. I was there, I know how it is. I lived there, I know the spirit, and now I can work from anywhere. I might go back, but I don’t need to be in Silicon Valley anymore. I think Silicon Valley’s getting less and less important because I feel like innovation’s coming from anywhere and it’s more global now. Back in the day I felt like I had to be in Silicon Valley to make it, and that’s what people always told me. If you’re not there, it’s difficult to make something really big, but I feel like times are changing.”

Still, the spirit of Silicon Valley will always be with him. What is that spirit? “The spirit of giving back,” says Obereder. “Sharing information, not just keeping it all to yourself. That’s kind of a European mentality: if you learn something, keep it for yourself so others don’t take it and do something with it. But I think that [sharing] mentality is why [Silicon Valley] is growing so fast. That’s what they’re doing, and that’s what I took with me.” For such a young entrepreneur, Obereder has some timeless lessons for us all.