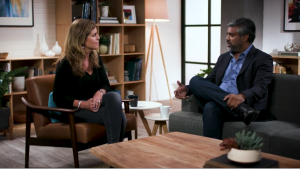 As an Enterprise Strategist at AWS I get to work with executives from the world’s largest organizations as they drive digital transformation efforts. What may come as a surprise is that we tend to talk less about the technology and more about the people, processes, and culture needed to enable business transformation.

A couple of months ago, I had the opportunity to interview seven leaders from both commercial enterprises and the public sector. They shared with me their approaches to developing a culture that allows for innovation at scale. Four key themes emerged: cultivating next level leaders, keeping up with the ever-increasing pace of technology, dealing with failure, and staying inspired.

Over the next several weeks I’ll be talking about these themes in more depth and sharing what I have learned from these discussions. This week, I’m focusing on the theme of developing next level leaders.

There has been a lot of press lately about the skills gap in high tech—some say it’s a critical problem for enterprise companies to solve over the next decade, but others say it’s a myth. Regardless of where you stand on the debate, what leaders don’t disputable is that hiring and retaining top talent is an essential part of business success. So how, as a leader, do you identify and cultivate your future leaders?

Ann Carver is CIO, North America at The Coca-Cola Company, where I formerly held the role of Corporate CIO, so we have a shared understanding of the culture at the company. In my conversation with Ann, she says she looks for people who are “intrinsically motivated to do what’s right for unselfish reasons,” someone who will “work hard just because that is the right thing to do.” Ann also says she looks for people who are focused on driving value for their customers. That is a leadership principle we place high value on here at Amazon. Ann also talked about looking for people who are open to learning, who are determined and resilient, and who have resilience.

In my conversation with Morgan Reed, CIO at the State of Arizona, he says he prioritizes cultural fit and attitude. Morgan gave me an example of bringing somebody in from another business unit that had the right attitude, but they hadn’t had direct experience with their specific project. Morgan gave her a chance, and she turned out to be one of their superstars, even raising the bar within their leadership. Quite similarly, Herve Coureil, Chief Digital Officer at Schneider Electric, talked about looking for next level leaders who have great character. He pays attention to how leaders face real-life struggles, learn from mistakes, and move on.

But once you’ve identified your high potentials, how do you invest in and develop them? Charlie Ewen at UK Met says they use succession planning to look at two things: role fit and empowerment. Talking with Charlie I learned that they look at not only helping the person succeed, but also helping the role succeed by identifying the precise kind of experiences that people need. Charlie says it’s all about giving people clear accountabilities, clear outcomes, and largely letting them “get on with it”—within guard rails of course. He says, “People really only thrive when you give them the opportunity to make a few mistakes within boundaries.” Shaown Nandi at Dow Jones told me in our discussion that his organization holds itself accountable for developing talent, because ultimately the organization benefits. They think about “how much time and attention are we giving these future leaders? Are we helping them grow? If they’re not growing, are we doing all the right things?”

I firmly agree with all of these leaders in looking for these qualities of character, drive, and resilience, alongside technical qualifications, in their next level leaders. I also share the thought that developing new leaders is very much the responsibility of those already in a leadership positon. I hope you’ll enjoy our video series talking with these and other insightful leaders as they share their perspectives on this topic. Stay tuned as we explore the topics of keeping up with the ever increasing pace of technology, dealing with failure, and staying inspired.