This new service enables organizations to retrieve logs of their Domain Name System (DNS) queries originating from resources within their virtual private clouds (VPCs). Analysis of these logs can be a great help for detecting malicious activity within an organization’s accounts.

This post describes how these logs can be analyzed as part of the Radware Cloud Native Protector Service (CNP), which is available on AWS Marketplace. Radware is an AWS Partner and provider of cybersecurity and application delivery solutions for public cloud environments.

Radware provides an agentless, cloud-native solution for the comprehensive protection of workloads running on AWS against cloud-native threats and complex attacks.

Here are some details about Radware CNP’s multi-layered approach to infrastructure protection:

The analysis enables the detection of suspicious activities within the cloud, correlating events (using the Radware patent-pending sequence building technique) and alerting on the cases of malicious or highly-suspicious behavior. 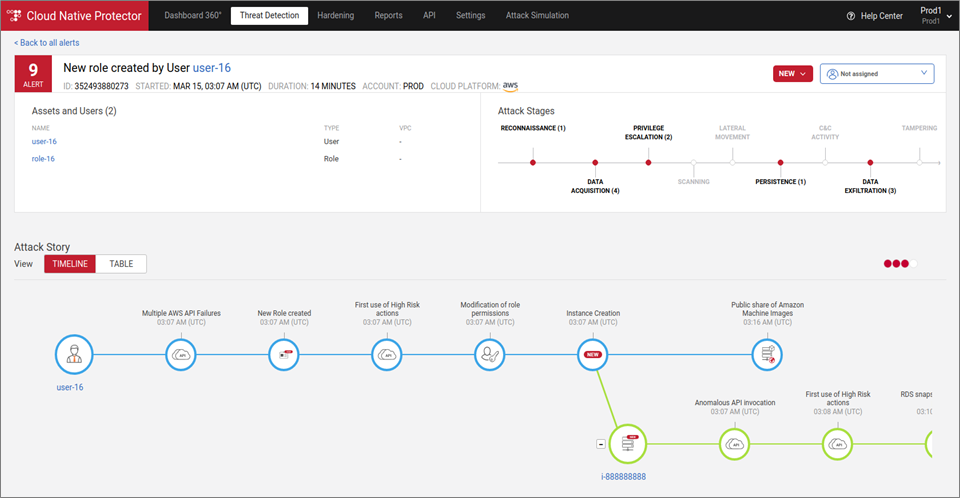 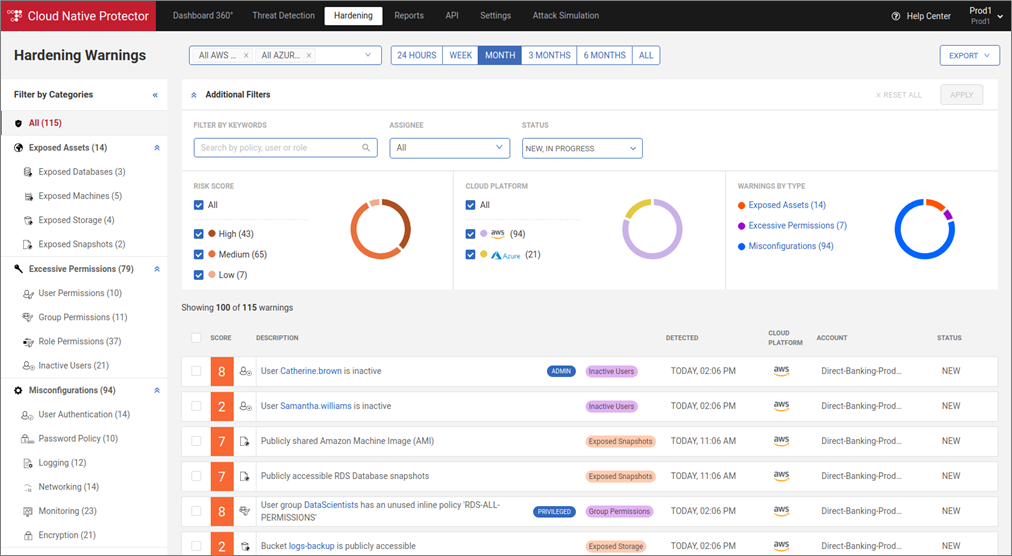 In order to onboard an AWS account to CNP, there’s no need to install agents or deploy any additional software to your cloud for CNP to protect your account. Instead, setup involves adding policies and roles to your account to allow Radware to collect logs and metadata, and start digesting the collected logs.

To connect your AWS account to Radware CNP service, you need to log in to the service portal with the credentials you received from Radware, and follow three simple configuration steps.

The DNS, also known as “The Internet’s Phone Book,” translates human-readable domain names (like example.com) into IP addresses. Because of how ubiquitous DNS is, it’s usually open on all system firewalls, unlike the well-known and well-protected TCP.

DNS logs are now accessible using Route 53 Resolver Query Logging, and this new feature lets you log the DNS queries that originate in your Amazon VPCs.

DNS queries forwarded by on-premises DNS servers to VPCs via inbound endpoints are also logged. Even the DNS queries made by your AWS Lambda functions, Amazon Elastic Kubernetes Service (Amazon EKS) clusters, and Amazon WorkSpaces instances can be logged.

In order to configure logging within your AWS account, using the new query logging feature, you need to create a query logging configuration, set the logging destination, and get DNS logs for the VPC’s you want.

To do so, you need to create the resolver query log configuration in the AWS Command Line Interface (CLI):

This command will output a JSON containing the ResolverQueryLogConfigId, which looks like this:

This object is used to attach the newly-created configuration to a VPC of your choosing, with the following CLI command:

From this point forward, you have a working query logging configuration, recording every DNS request and response your VPC initiates.

Why is that capability so important? An attacker or malware that achieves a footprint within an AWS account typically tries to communicate to machines in the internet for different purposes, such as command and control (C&C) communication, data exfiltration, or even crypto mining.

Significant cases of these communications start with a DNS query. Close monitoring of resolver query logs, and the combination of query logs and existing VPC Flow Logs enable Radware CNP to identify malicious communication, correlate it with other potentially suspicious activities, and identify the attacker.

This is far from trivial, however, as attackers use different techniques to make their fraudulent outbound communication look legitimate, or go unnoticed within the vast amount of network traffic flowing from an AWS account to the internet.

For that reason, Radware CNP applies advanced and complementary techniques for analyzing query logs and distinguishing DNS traffic between legit and malicious traffic.

Radware CNP Sandbox also learns, analyzes, dissects, and captures all of the relevant data that each type of Linux and Windows malware generates as part of its activity at the endpoint.

The contiguous analysis generates significant indication of compromise (IOC) information later in the process used by Radware CNP, while analyzing network and other activities of the customer’s ongoing activities.

Looking at the sandbox results, where records are generated every second, Radware’s system analyzes many DNS requests to malicious hosts. These hosts shows a clear global trend indicating a rise in Linux malwares diversity over the last few years.

Collecting this information makes a DNS “blocklist” to correlate with Radware CNP customer’s provided logs. It attempts to identify malicious activity, originating from within the customer’s cloud workload and sending sensitive data to a malicious host.

These communications can be one of several types of matches Radware CNP looks for:

Machine learning (ML) is applied to DNS logs to address new and unknown threats that could not be detected by known malicious hosts.

If that activity is not predicted by the models—meaning it does not match the normal behavior—an anomaly indication is produced.

Various dimensions of the DNS request should be considered when capturing the normal behavior and identifying anomalies:

In this post, we went through setting up Radware Cloud Native Protector Service (CNP) to start monitoring your organization. We also discussed how to configure Route 53 Resolver Query Logs and how these logs are used in the Radware CNP product.

This release from AWS empowers CNP detection capabilities with additional information that can be indicative of malicious activity that was hidden from any detectors up until this new logging addition.

The correlation of insights generated from DNS query logs with additional malicious behavior indicators produced by Radware CNP, such as network activity and API activity, will improve and refine the accuracy of Radware CNP’s Threat Detection capabilities.

In today’s era, where security teams are overloaded with enormous amounts of alerts and indications of suspicious activities, the addition of this new telemetry improves the accuracy of threat detection, enabling faster detection and response in addition to improved efficiency of an organization’s incident response team.

Radware is an AWS Partner and provider of cybersecurity and application delivery solutions for public cloud environments.