This is a guest post from Pétur Eyþórsson, Resiliency Offerings Manager at Nyherji.

Icelandair Group is one of Iceland’s largest corporations. The company includes Icelandair (a global airline), logistics, and several related business units. Like most businesses, Icelandair Group strives to optimize business results by choosing the most advantageous mix of capital and operating expenses. Small adjustments can impact profitability, operating budgets, and a number of other areas. Airlines and logistics operations work hard to reduce over-capacity, while also keeping in mind that empty airplane seats can kill profitability.

Traditionally, Icelandair Group acquired IT infrastructure capacity upfront and consumed it over time. Running out of IT capacity has serious business impacts, so a cushion was built into capacity planning analysis.

Icelandair Group recently made the strategic decision to migrate key IT workloads to Amazon Web Services (AWS), after determining that doing so would move essential services closer to their customers around the world, enhance business resiliency, and enable rapid scalability.

Another benefit of this migration was the shift in IT consumption model from capital intensive investments to pay-as-you-go operating expense. At Icelandair, some aircraft are purchased while others are leased. Now, cloud computing enables Icelandair Group to emulate these lease/purchase decisions with IT infrastructure. Icelandair Group can now manage IT capacity more efficiently by offering capacity on-demand.

“Our ability to acquire IT infrastructure as needed, gives Icelandair increased business flexibility to respond to changes in demand,” said Elisabet Halldorsdottir, Director IT Operations at Icelandair Group. “Now, IT can become more efficient and less capital-intensive.”

Icelandair Group chose AWS because of its global reach, rapid scalability, and resiliency capabilities. The first cloud initiatives consisted of the following:

Currently, Icelandair Group is moving their backups to the cloud, too. Backups are a significant data center workload and, therefore, a significant opportunity for cloud migration.

The team found that AWS makes it easy to store data in multiple AWS Regions, and copy data between Regions for Disaster Recovery testing.

Icelandair and Nyherji designed a series of progressively complex tests for AWS and IBM Spectrum Protect. 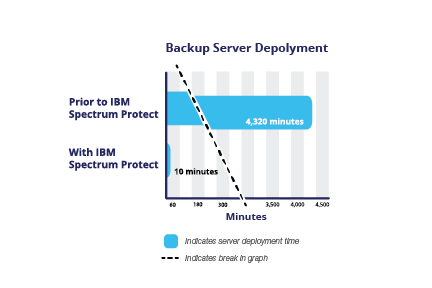 Icelandair deployed a new backup server to manage cloud backups so there would be less potential to disrupt existing backup operations. Cloud backups could run in parallel at first, which provides the ability to carefully examine cloud and on-premises backups for differences.

Results:  We found the VMware interface to be intuitive enough that VMware Administrators do not need additional special skills or training.

Our testing found that VMware and server administrators can manage cloud backups and restores confidently, without reliance on backup software experts. Backup and restore operations are built into VMware vSphere Web Client. VMware administrators use a familiar interface without necessarily needing to learn new software. Restores can be initiated faster, and problems can be noticed sooner.

Results:  Reliability and performance requirements were met or exceeded.  Backup throughput easily scaled up, until the network connection was saturated, indicating that both AWS and IBM Spectrum Protect are performance optimized.

Benefits: Business data can be protected without investing in on-premises backup infrastructure.

For this testing, several typical VMware workloads were backed up to the AWS Cloud. For Icelandair, we ran two sets of backups: AWS and on-premises. AWS and on-premises backup objects were compared to understand any key differences. Enterprise backup features, such as data compression, deduplication, and encryption were validated to work as expected. 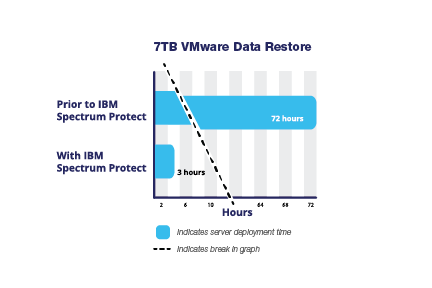 Results:  Reliability and performance requirements were met or exceeded.  In one test, the time required to restore 7 terabytes of VMware data was reduced from 72 hours to 3 hours.  Performance improvements were due to multiple changes in IBM Spectrum Protect, including multithreaded restores, compression, and deduplication.

Benefits:  Business data can be quickly recovered from AWS, reducing the need to invest in remote recovery center infrastructure.

We tested multiple restore scenarios, including:

Benefits Achieved from Migration to AWS

Thorough pre-production testing can give technicians and executives the confidence they need to embrace cloud infrastructure for mission-critical workloads, where there is no tolerance for errors.

Our Backup and Recovery testing concluded that:

Learn more about how Icelandair migrated critical data and applications to cloud infrastructure.  Attend a live webinar with Icelandair, AWS and IBM, at 1:00 Eastern time on May 9th. 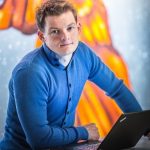 Pétur Eyþórsson is Resiliency Offerings Manager at Nyherji.  Peter is a certified Data Protection and Security expert with 18 years of experience advising corporations, such as Icelandair Group, government agencies, and vendors.  The posting on this site is my own and doesn’t necessarily represent Nyherji positions, strategies or opinions. All client examples cited or described are presented as illustrations of the manner in which some clients have used IBM, AWS and Nyherji offerings, and the results they may have achieved. Actual environmental costs and performance characteristics will vary depending on individual client configurations and conditions.