The Top Eight Tips for GameDay Success (and some GameDon’ts!)

GameDay is an event that we’ve hosted at AWS Summits and re:Invent for the past few years. The event immerses teams into a fictitious scenario where they pretend it’s their first day as the DevOps lead at the “hot” startup called Unicorn.Rentals! Teams work to keep users (and the boss) happy and costs low by managing their infrastructure in a live AWS environment during this competitive event. Throughout the day, teams are challenged to build and maintain highly available and highly scalable solutions.

One of the key tenets of GameDay is that there isn’t only one architecture that wins. Different teams use different approaches, and each approach has its own benefits. It’s exciting for us to see what teams come up with! However, after running several GameDay events, we’ve identifie­d some common patterns for success. We’d like to share these with you, to help you prepare for the next time you find yourself working at Unicorn.Rentals.

However, issues sometimes happen. We’ve all hit our heads against the wall, sometimes for hours, overlooking small things. Let’s take a stroll down memory lane and recap some of the best (worst) problems we’ve seen:

The most important key to success is simple: have fun!  The day will be challenging, and you may want Unicorn.Rentals to burn to the ground. But if you leave GameDay having interacted with a service you’ve never touched before, or having learned something new, well then, that’s a success in our book. There’s no better teacher than experience, and letting Unicorn.Rentals take the hit instead of your company is a huge win. 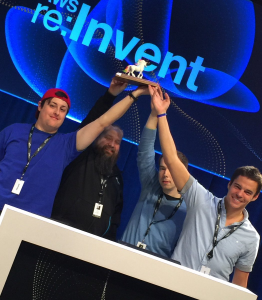 Do you think you have what it takes to win the prestigious Unicorn Trophy? If you’re registered for the San Francisco Summit on April 18 – 19th, 2017 then join us for GameDay on the 18th! It’s a first-come, first-seated event so make your way to the GameDay room early. Click here to view the detailed agenda.

If you’ve participated in GameDay in the past, then we want to hear from you: Do you have any other tips for success to share? Any issues you faced? Talk to us in the comments section.