Upgrading Your Windows OS In-Place While Migrating to AWS

If you’re upgrading from Windows Server 2008 because it’s no longer supported by Microsoft, and you’re thinking about migrating some of your workloads to the cloud, consider doing both at the same time.

RiverMeadow Cloud Migration Platform migrates your workloads to Amazon Web Services (AWS) and, at the same time, upgrades from your Windows 2008 environments to the latest version of Windows, or a version in between.

Even if your Windows 2008 server environments are actively running, RiverMeadow can make that migration and upgrade without interruption to their workloads.

If you prefer, we can upgrade out of Windows 2008 after you have completed your migration to AWS. It’s up to you.

In this post, I will summarize the challenges of upgrading from Windows environments, describe the RiverMeadow architecture that makes an operating system (OS) upgrade possible during a migration to the cloud, and walk you through the steps to carry it out.

Challenges of Upgrading Out of Windows 2008

Instead, we’ll focus on the challenges of an OS upgrade, since they explain the motivation for our architecture and provide context for the procedure described later.

At RiverMeadow, these are the challenges we’ve found most significant in an OS upgrade:

Depicted in this section is a standard representation of the RiverMeadow Cloud Migration Platform. The RiverMeadow cloud is our software-as-a-service (SaaS) platform, and we use it for command plane for migrations.

To get started, a cloud appliance (CA) gets automatically deployed in the target datacenter. The CA is a temporary virtual machine (VM) used for command and control in the target environment.

Once the migrations are complete, the CA can be deleted. The CA will reach out to the source systems via the routable path, and for the CA’s initial contact it will collect attributes on the source to better determine migration capability.

Next, the temporary VM reaches out to the source environments and retrieves their attributes. It uses those attributes to determine how to best migrate the source server to their target environments.

Upon completion of the source modifications, the system reboots as the source system in the target environment. The TW is replaced with the successfully migrated system.

This architecture is scalable, so migration engineers can migrate hundreds of systems quickly.

How to Use RiverMeadow’s In-Place OS Upgrade

RiverMeadow runs a Pre-Flight Migration Readiness Check on the source to be migrated. That check determines if the in-place OS upgrade is possible and which OS version it can be migrated to. As you’ll see in the steps below, a drop-down menu simplifies configuration.

The OS upgrade is a built-in function in the RiverMeadow migration process, but you must activate it. Once the target worker has safely migrated a Windows 2008 environment to AWS, you will have the option of upgrading its OS.

If you select that option, the upgrade will happen seamlessly, as part of the migration process. You will be able to continue running the same workload, but on a freshly upgraded operating system in AWS.

If you wanted to, you could upgrade your OS within the same location. If you don’t like the upgrade after you test the results, you can simply delete the upgraded system because you have not yet cutover from the original system.

Here are steps to migrate Windows 2008 servers to AWS while upgrading to a newer version of Windows. 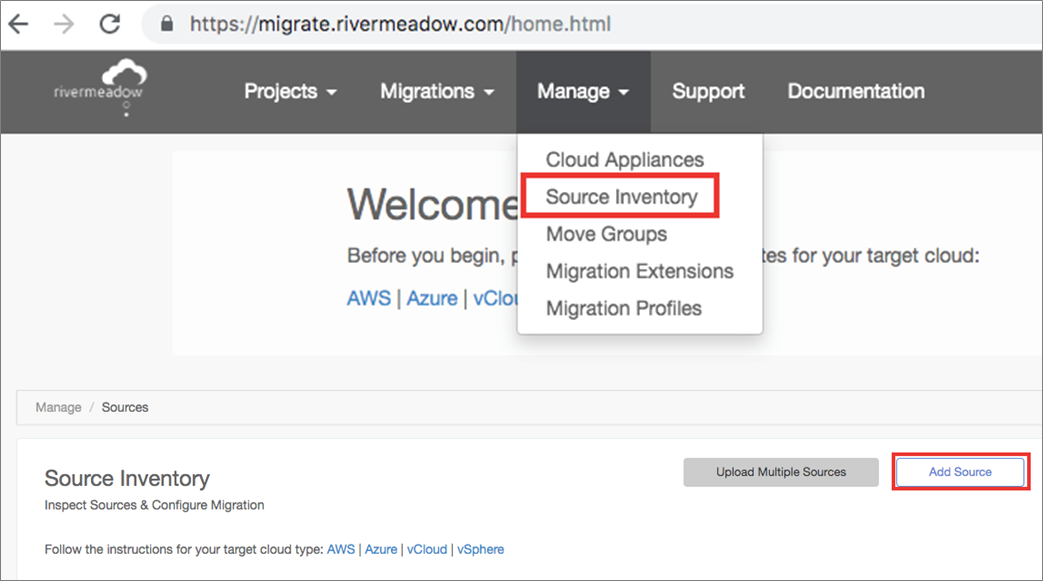 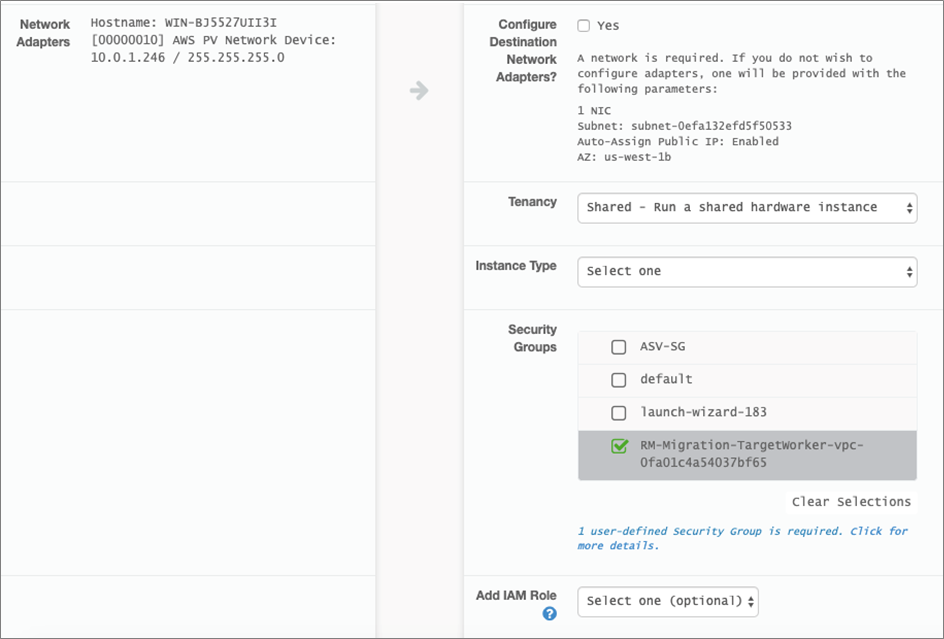 RiverMeadow creates an instance in the target virtual private cloud (VPC) and, by default, a security group to isolate the target workload. RiverMeadow then transfers the source data into that running instance.

After the data transfer is done, RiverMeadow replaces the old drivers with the new drivers and software for AWS. Then RiverMeadow reboots the instance to ensure proper function, and begins the upgrade process.

For upgrades that span more than a single version, RiverMeadow runs each In-Place Upgrade iteratively until the desired OS is reached. This “multi-hop” architecture follows the Microsoft prescribed OS upgrade path, keeping the workload-specific customizations while stepping thru incremental operating system releases.

Currently, RiverMeadow offers the in-place OS upgrade for Windows 2003 and up, and allows customers to upgrade to 2008, 2016, or 2019 versions of Windows. This feature is part of our standard migration feature set, and there’s no extra charge to use this capability.

RiverMeadow follows Microsoft’s supported upgrade paths, and like those upgrade paths, we do not guarantee applications will run on the new OS. Application compatibility with 2008 is something the customer must ensure.

There are some Windows features, roles, and services that are not compatible with Windows in-place upgrades. RiverMeadow will be enhancing its capabilities to address those features that are incompatible, and will offer application-centric workflows to intelligently handle those scenarios.

RiverMeadow also supports in-place upgrade for Red Hat 6 to 7, and will be adding additional Linux distributions in the future.

RiverMeadow can move workloads at scale to VMware on AWS or Amazon Virtual Private Cloud (VPC). An in-place upgrade allows you to go from an older operating system to a newer one while keeping your settings, server roles, and data intact.

While this feature may not address every Windows 2003 or 2008 workload you may have, it offers an automated lift and evolve accelerator to deliver workloads into Amazon VPCs on a supported operating system at scale, with very low risk.

RiverMeadow’s in-place OS upgrade capability helps you move workloads to AWS and address the technical debt associated with legacy OS versions and the impending end of life (EOL) deadline. We move your workloads with no impact on the source systems to help you beat the EOL deadline.

RiverMeadow has AWS Competencies in Migration Technology and Windows Workloads. RiverMeadow automates the migration of Windows and Linux x86 server-based workloads to AWS.