Businesses and enterprises that offer customer service are often required to support their customers 24/7. This makes it possible for businesses to handle urgent and important calls, and provides customers the option to call in at their convenience.  When support services aren’t available or they fall offline, businesses are at risk of customers getting disconnected, or worse, losing customer trust. As a mitigation step, businesses typically design fault tolerant workloads to achieve continuity objectives. Such workloads are designed to shield customers from any impact arising from infrastructure outages. Designing fault tolerant workloads requires businesses to provision backup or redundant services that are reachable when primary services are unavailable.

Amazon Connect now provides Amazon Connect Global Resiliency which is a set of API operations to programmatically provision Amazon Connect in two Regions (a primary and secondary). It also includes APIs that allow distribution of incoming phone calls across Regions. In this blog post, we will walk you through setting up a sample user interface that can be used to invoke each API that has been released for this feature.

The solution presented in this blog post wraps around the Amazon Connect Global Resiliency APIs and provides a user interface to exercise their functionality. The solution includes an AWS Cloud Formation Template that deploys a website. This website allows an administrator to:

When deployed using the provided AWS CloudFormation template, the solution creates an Amazon S3 bucket and loads all assets into Amazon CloudFront. The CloudFront distribution provides an administration UI demonstrating how the API functionality is exercised. Refer to the following diagram for deployment steps. 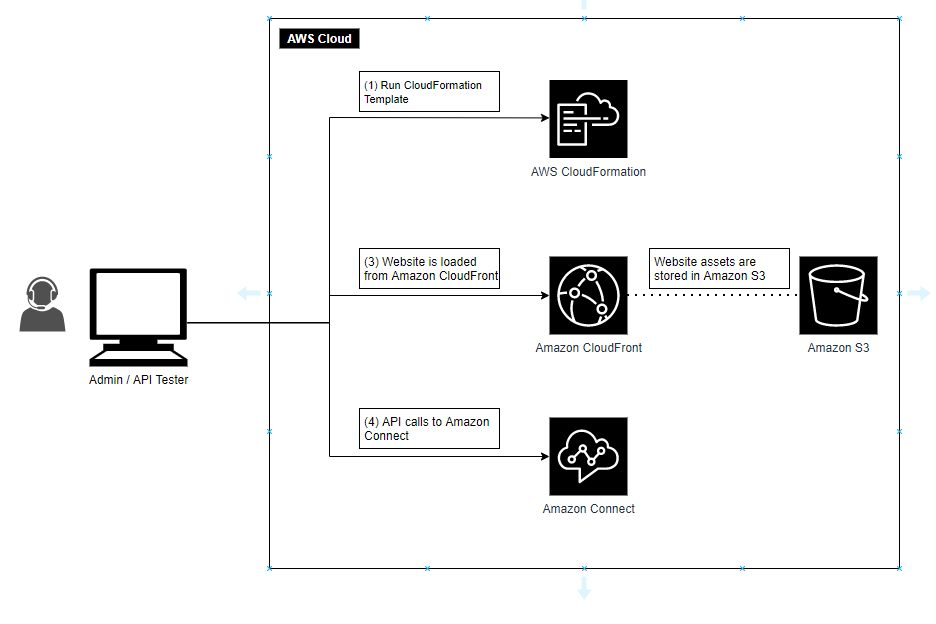 Note: This is a sample project designed to be easily deployed for experimentation. The Identity Access Management (IAM) policy permissions use least privilege. However, the Amazon CloudFront resources deployed will be publicly accessible. Please take the appropriate measures to secure your CloudFront distribution.

For this walkthrough, it is assumed that you understand and have access to the following resources:

Note: The CloudFormation template will deploy resources in the US-West-2 (Oregon) Region. To deploy in other Regions, download the solution from this GitHub repository.

Overview of the steps:

The solution deployment consists of the following two steps:

The sections below detail these steps:

The User Interface is laid out as follows:

There are multiple possible ways to call the APIs using the User Interface provided in this blog post. One such path is noted in the following diagram. 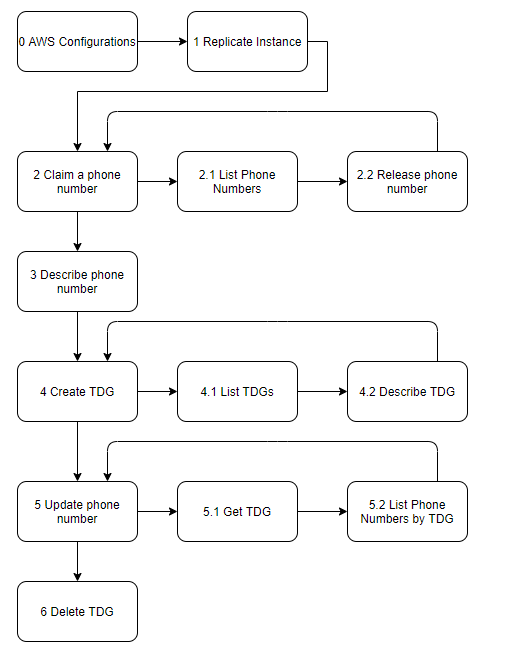 The remaining sections of this blog post walk through the APIs and how to exercise their functionality.

This button exposes functionality to claim a toll-free number (TFN) or a direct inward dial (DID) number from Amazon Connect. Numbers claimed can directly be mapped to a Traffic Distribution Group (TDG) or be mapped to the instance selected in the AWS Configuration. 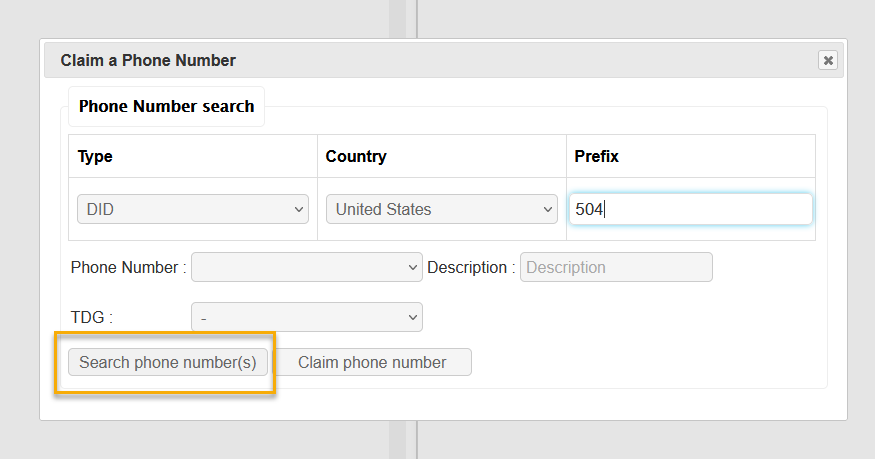 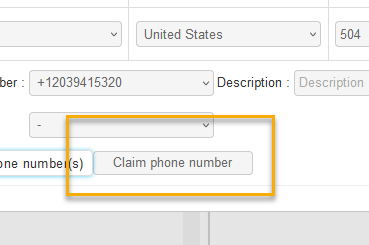 The JSON Output shows the Amazon Connect instance (TargetARN) that the selected phone number has been mapped to, in addition to other properties of the phone number.

UI shows that the API has completed correctly.

For the given example, we have mapped the phone number to a TDG that was already created in earlier steps.

API to distribute traffic in percentages across a TDG

Access to the Global Resiliency API is currently gated. Please engage with your account team for more details. Every customer’s onboarding requirements can be different, however, a typical on-boarding process is noted in the following diagram. 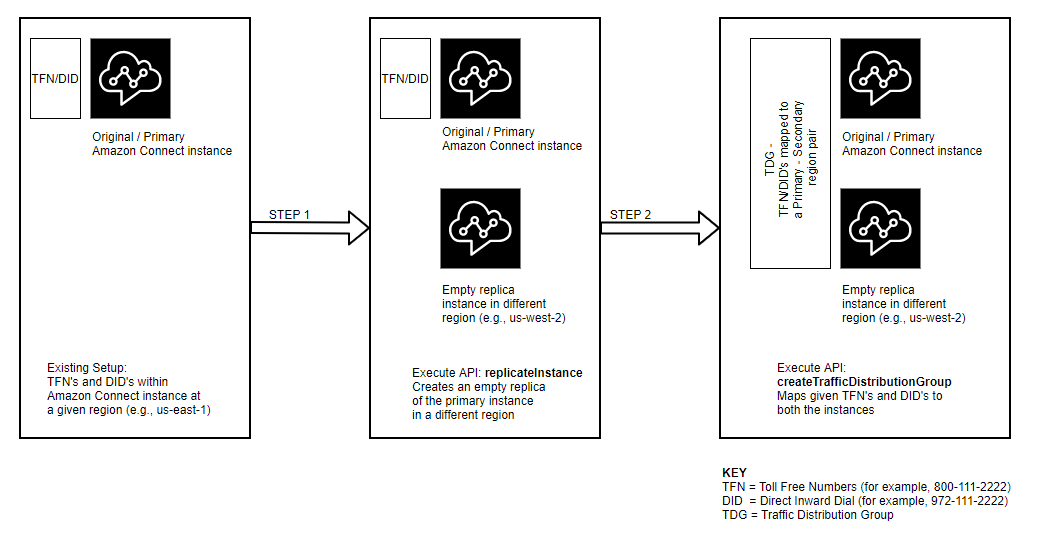 This post demonstrated examples of how one can use Amazon Connects’ new Global Resiliency (GR) APIs to programmatically manage resiliency operations and provision Amazon Connect in two Regions. To learn more about how this solution was built and see how the APIs were performed, refer to the GitHub repository.