The CPO-CIO Partnership Part 3: You get what you reward 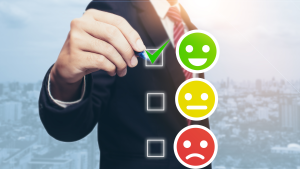 “Build projects around motivated individuals. Give them the environment and support they need, and trust them to get the job done.”

— From the Agile Manifesto

Since my blog post on the Chief People Officer (CPO) and CIO partnership, a new urgency has emerged—popularly named the “great resignation”—triggered by a demand for skills, a search for life balance, and a deeper desire for meaningful work. Research on organisational attrition commonly points the finger of blame towards organisations themselves, driven by dated processes, stifling bureaucracy, and poor clarity on priorities. One underlying causal theme is the traditional HR based on past century norms, focused on identifying poor performance, encouraging bonus-chasing, and implementing compliance-based rewards. Rewards are often unrelated to business outcomes, instead based on metrics such as the number of people or budget under management or achieving fragmented goals. Despite being management orthodoxies, these processes prevent organisations becoming more agilely customer-focused.

Reality sees value increasingly delivered despite your organisational chart. Such charts are, at best, rough definitions of power boundaries and comfort blankets for employees checking they have a home, not a reflection of how work really gets done. Agile technologies such as the cloud are introduced but leaders are perplexed nothing changes with the rate of value delivery.

At year-end, despite being detached from the day-to-day work, functional leaders subjectively choose who to reward with pay rises and bonuses associated to metrics not controllable by individuals. No wonder a large portion of the working population are disengaged, with consequences for turnover, productivity, profitability, and even market valuations [1].

Do you recognise any of these common challenges in your own organisation?

These issues have taken on a new urgency given new ways of working are differentiating modern organisations. In my first CPO-CIO blog post I stated that the unit of performance is shifting from person to team. Tom Godden discussed how Amazon addresses this with cross-functional teams assigned ownership for business outcomes. Leaders step back from being arbitrators of awards and knowers of answers, instead becoming coaches and barrier removers. Team autonomy increases motivation, output, and speed rather than the everyone-involved-no-one-accountable structures Band-Aided with complex accountability matrices. Teams have the confidence to run quick experiments with their customers to find the right path forward. They take advantage of the cloud’s ability to serve up the right tool when needed, beneficially adding to their skills.

Modern HR processes must deliver modern outcomes: growth opportunities for all, equitable treatments and rewards, and motivation to cooperate, not compete, on team-based outcomes. We should be measuring inputs and outcomes not effort and recognising the value of teams not just individuals. It’s a complex, nuanced topic. I’m no HR professional, merely an amateur psychologist and multi-decade manager and leader who has seen reoccurent patterns having talked to hundreds of customers. I’ll share a few of these here along with some of the supporting research, highlighting how old processes are failing in knowledge-intensive companies and domains, along with potential ways of approaching these challenges.

Boss: “You’ve been with Acme Corp for ten years. If you want to earn market rate, you should leave.”

A common, ridiculous conversation. Frederick Herzberg recognised 60 years ago that motivators and demotivators are not opposites. Poor pay or unfair promotion prospects? A demotivator. Good pay and a clear career path? Not a motivator, just a hygiene factor satisifed. We all want to work for a higher purpose but the realities of having a mortgage, putting kids through college, or saving for retirement drive different extrinsic needs.

Why should a salary be determined by when someone joined the company? If you have a good senior engineer or marketing manager, pay them what they are worth and what you are paying equivalent new hires. If all your employees’ salaries were published, could you in good faith defend the variability amongst those in the same role? Variability is fine as long as it is explainable such as for achieving a level of learning or to accommodate differing circumstances. Where you peg your pay bands against the market is a separate decision but one which should be reflected in everyone’s pay.

Many reward systems are based on the notion that individuals will be more successful if they compete for a share of a bonus pool. In team-based, outcome-focused organisations, individual bonuses can promote competition over collaboration unless the team itself has a say in the allocation. Anecdotally, where individual-based bonuses are the norm, high performers seek out lower performing teams so they are ranked higher. Not a formula to build truly high performing teams.

Secondly, many companies bake in bonus factors and modifiers outside of an individual’s control. Criteria loosely coupled to company performance factors are more likely to demotivate or lead to organisationally harmful gaming of metrics. The most motivated employees are those whose jobs give them the ability to experience achievement—made more difficult if what you do is not connected to how you get rewarded.

If you are wed to a bonus system, perhaps tilt the weighing factor towards team performance for most individuals, gradually reducing this as the individual ascends the corporate ladder and can, perhaps, have a genuine impact on company performance. Make the system as formulaic as possible to avoid local optimisations managers might attempt to use.

The average employee, manager, and HR professional intensely dislike traditional performance reviews (PRs) [2]. An annual, too-late-to-make-a-difference, one-way feedback achieves little except demotivation. The measurement of individuals’ productivity and compliance to quality standards when manufacturing widgets in factories makes some sense but is self-defeating for the majority of complex initiatives that organisations run. These are processes designed for a different age and purpose.

What if your employees saw PRs as less judgemental, more a means of helping them, where their managers invested time in them not about them? Objectively did you achieve the input metrics and outcomes defined in your OKRs? If not, what was the root cause and what corrective action can be taken? Did you show a superpower with a particular company value that you should capitalise on? Is there a thematic challenge in applying a particular leadership principle? In Amazon, for instance, this could be opportunities to think bigger about challenges. Focus on the individual with temporal evaluations (“your outcomes this years were better than last year”), seen as fairer than social evaluations (“Paul is better than you”). It reinforces the intent to help individuals improve over time. I’m not advocating for keeping low performers in role as mediocrity can be contagious, but most individuals want to excel.

Feedback in the moment with the genuine intent of helping the individual improve is underrated. Training your organisation to give and receive feedback is impactful but often overlooked. Even senior leaders can be uncomfortable doing this. Create mechanisms to encourage this: ask for feedback yourself, create the space and time to give feedback in a small group in informal settings, and help implement comfortable, culturally appropriate ways of giving feedback. It becomes easier if established as a norm in your cross-functional two-pizza teams with a focus on improving team performance and with feedback from respected peers. Make it unacceptable not to speak the truth in a professional, actionable, and meaningful way.

Principle: don’t turn talent management into a game of survival

Which 10% of your workforce are you going to antagonise this year? Of General Electric’s Jack Welch’s many contributions, stack ranking is not one I laud. I hated these discussions of the 10% of a particular silo judged to have underperformed. If I had high performing direct reports, why should I have to compensate by having more than 10% of their teams as needing improvement? The Roman’s two centuries ago would be surprised that a version of their lethal military discipline called decimation now gets used to somewhat arbitrarily cull organisations. Ironically, the Roman’s applied this to a cohort (think two-pizza team) to improve performance rather than to create the gladiatorial-type process that undermines teamwork today. Expecting free flowing feedback within teams but then stack ranking the same team members or awarding bonuses tied to non-team related metrics or desired outcomes is counterproductive.

How about focusing on building talent density instead as one way to think differently based on promoting outcomes we value? Rather than accept that a percentage of your workforce underperforms once a year, ensure all employees meet and raise the bar of performance, dealing with poor performance on an as-needed process.

But if pay has less variability and bonuses are team-based, how do you keep your superstars engaged? Outside of retention mechanisms such as stock options and pay-elevators like promotions, I and many I’ve worked with are motivated by some of those simple things which can get overlooked: new challenges, learning opportunities, a simple “thank you”, the autonomy to get on with my job, or being given the opportunity to coach others. As functional barriers come down in progressive organisations, there is a significant opportunity to increase the impact of these individuals by having them coach beyond their traditional silos, or become the expert-coach or community leader.

While I and others have benefited from (despite?) many of these antiquated processes, as leaders we need to identify what’s not working and adjust. I talked previously about PsyOps: an incremental test-and-learn approach to organisational change. Holistically I believe much will change over time; start small and experiment with what makes sense for your organisation. This often starts with the CPO and CIO putting together a cross-functional team to develop and test hypotheses. The simplest changes can have profound impacts. I saw this at McDonald’s years ago when we started to reward driving the adoption of systems, not just their development.

No Rules Rules: Netflix and the Culture of Reinvention, Reed Hastings.