AWS Game Tech is excited to announce a brand new series for “Building Games on AWS” — a new YouTube tutorial show pioneered by Game Tech Solutions Architects that focuses on teaching game developers how to use AWS for game-related workflows. If you are unfamiliar with “Building Games on AWS”, check out this blog post to learn more or our introductory video on YouTube.

The first series focused on the Game Analytics Pipeline and how to use it to gain analytics insights for games. Check out that series here. Now, we have a brand new series that has launched on Amazon GameLift integration with Unreal Engine.

This second series will focus on using Amazon GameLift with Unreal Engine 4.26. The videos will discuss the process to integrate the GameLift server SDK into an UE4 project and how to host the resulting server build on Amazon GameLift. Throughout the video, AWS Lambda will be used as serverless compute to build a foundation for a backend service, API Gateway for the REST API, and Amazon Cognito as the authentication service as shown in the architecture diagram below. 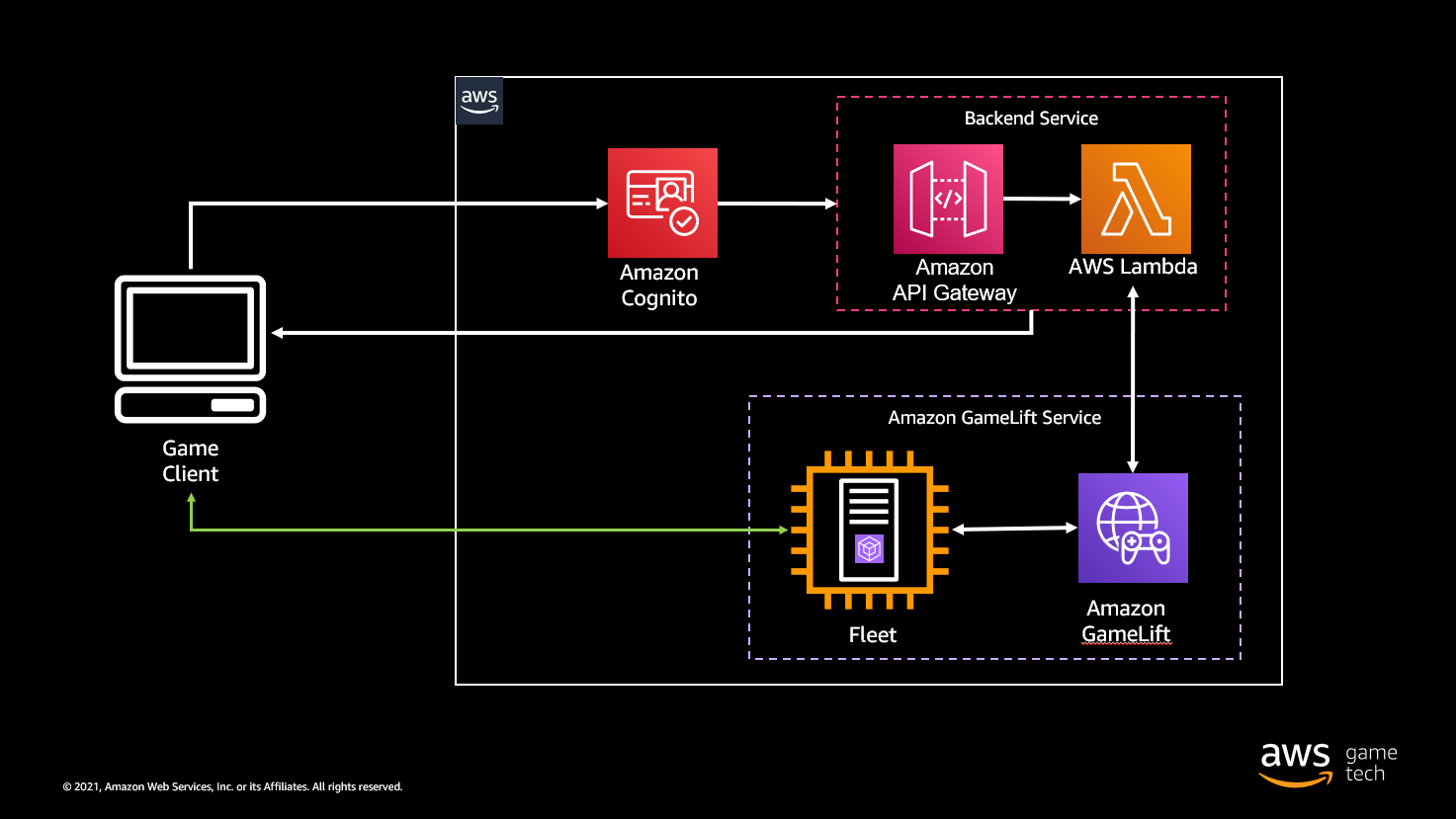 Keep in mind that this series is intended for video game developers with some experience using UE4 and Visual Studio. An AWS account is required and prior experience with AWS services is recommended but not necessary. As such, more advanced features of Amazon GameLift, such as FlexMatch and FleetIQ, will not be covered in this series. In a future series that will build on this series, FlexMatch and FleetIQ will be utilized for player matchmaking, game session placement, and fleet optimization.

All of the episodes for the Amazon GameLift with Unreal Engine series are now available on our AWS Game Tech YouTube channel. Click here to watch it now.

If there are any tutorials or topics you would like us to cover, please let us know in the YouTube comments section.