Today, we are excited to announce the general availability (GA) of an update to Amazon GameLift that expands support to AWS Local Zones, which increases coverage for game developers, while providing seamless, low-latency gameplay experiences for players. With this update, game developers can tap into 8 new Local Zones in Chicago, Houston, Dallas, Kansas City, Denver, Atlanta, Los Angeles, and Phoenix.

AWS Local Zones are a type of infrastructure deployment that extends AWS Regions to place compute, storage, database, and other AWS services at the edge of the cloud near large population, industry, and information technology (IT) centers—enabling developers to deploy games that require single-digit millisecond latency closer to end users or on-premises data centers. The vast majority of AWS customers experience the necessary low-latency required to support their games’ performance by running them within AWS Regions (geographic locations around the world where AWS clusters data centers to serve customers in local AWS Availability Zones). However, for games that require ultra-low latency (e.g., remote real-time gaming, augmented and virtual reality, and others), developers require AWS infrastructure closer to players to support a more responsive gaming experience.

Along with the updated support for AWS Local Zones, we are adding new instance types specifically supported in the various Local Zone Regions, including C5d and R5d instance types. Additionally we are adding support for the next generation C6a and C6i instance types. Amazon EC2 C6i instances are powered by 3rd Generation Intel Xeon Scalable processors and deliver up to 15% better price performance compared to C5 instances for a wide variety of workloads and are ideal for highly scalable multiplayer games. Updated pricing is included on the GameLift pricing page as well as in the AWS Pricing Calculator.

With the latest update developers can now:

To access Local Zones in GameLift, developers can configure their Fleet using the GameLift console. They can select a specific Local Zone when creating a Fleet. 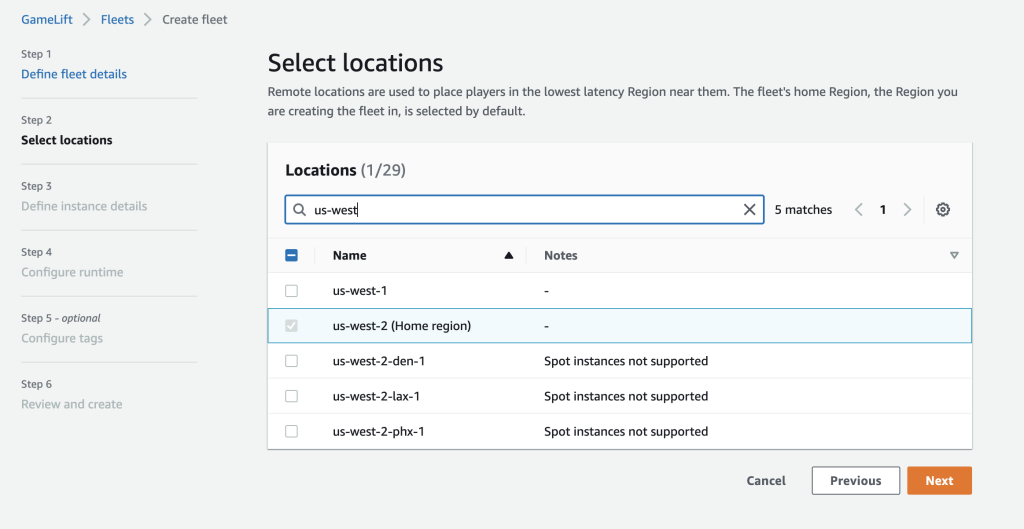 Once a Location for the Fleet is selected, the available instance types for that Location will appear in the next step. 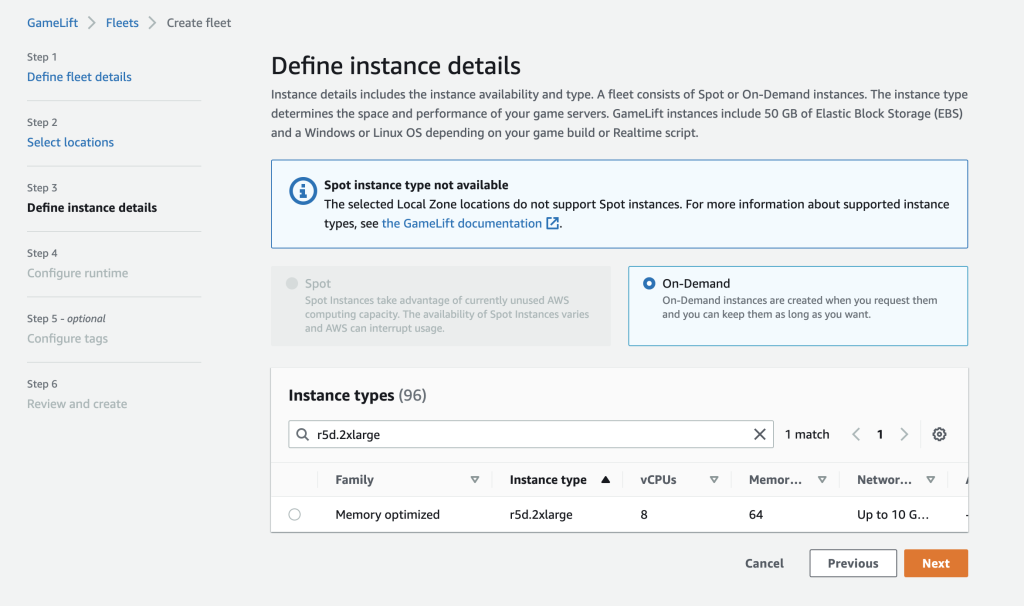 Newly created Fleets will appear under Locations, along with information around their status and related metrics.

In multiplayer games, players expect low wait times into matches along with smooth gameplay experiences, no matter where they are playing in the world. To achieve a seamless player experience in your game, players need to be placed to the closest region in which they are playing. With Local Zones support, players can be placed even closer for the most demanding games that require single-digit millisecond latency.