In today’s connected world, video games need more than a well-designed game experience to be successful. To be the next big hit games not only need to include beautiful visuals, excellent gameplay, or an immersive story; they also need social features that increase engagement through competition, co-operative gameplay, and real-time data that lets gamers know how they stack up against their friends and foes. These connected experiences are no longer a nice-to have. In most cases they are expected and can be the difference between a good game and a great game.

While these features are now expected, building the underlying technology that supports them is no easy task. And while game designers are talented folks, typically there is a gap when it comes to the expertise in how to design and build a great game, verses the underlying technology that runs it. Game developers want to spend their time on design and experiences, not on how those experiences are delivered and run.

Heroic Labs recently joined the AWS Partner Network and helps to solve these problems by providing Nakama, an open-source game server that includes services for real-time, social, and multiplayer experiences. With Nakama, game studios don’t have to choose between gameplay or infrastructure. Designers can focus their efforts on making games, while Nakama provides an open source toolbox to build, deploy, and monetize. 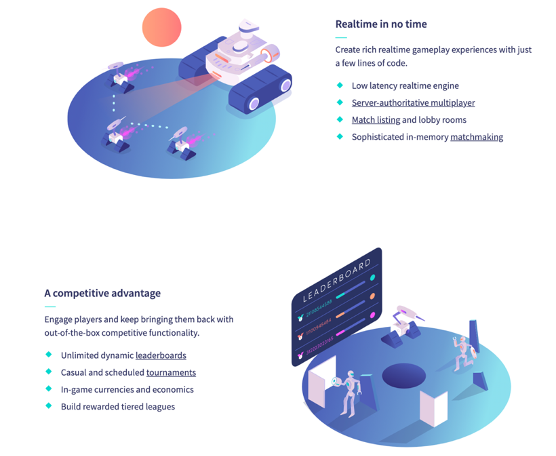 Being built on open source technology and deployed in the AWS cloud means that, with Nakama, you are in charge of your data and your game can reliably scale from soft launch to a full featured, breakout game, with ease. From there, you can build real time gaming features like game lobbies and matchmaking, competitive features such as leaderboards, tournaments and currencies, and social features like chat channels, friend graphs, and communities. And all of these features have been engineered and battle-tested to scale to meet player demand.

With Nakama now available on the AWS Marketplace, AWS customers can get started immediately by accessing it directly via the AWS console, knowing that it has been vetted and optimized for AWS. When deploying Nakama via the AWS Marketplace, an AWS CloudFormation template is launched, and developers only need to select the amount of resources they require for game servers and databases. From there, all resources to run Nakama, including Amazon EC2 instances running in Amazon Elastic Container Service and Amazon Aurora on Amazon Relational Database Service, are automatically configured and launched. This not only bypasses a manual installation process, but also removes the need for game studios to become experts in Amazon ECS, Kubernetes, or Amazon RDS.

In addition to the ease of deployment, game studios can take advantage of the many benefits of running Nakama on AWS, such as our pay-as-you-go model to best manage cost, the ability to automatically scale resources up and down based on traffic demand, and the ease of launching a game globally in minutes, deploying to the regions closest to your users via AWS’ geographically distributed network. However, the biggest benefit of all in deploying Nakama via the AWS Marketplace is to reduce operational overhead, enabling studios to deploy, launch, scale, and manage complex resources with ease, leaving more cycles to focus on making a breakout game.

The Heroic Labs team has worked closely with AWS to seamlessly integrate Nakama’s features with the AWS cloud, making it possible for customers to continue to build scalable games on the services that best fit their workflows. This means that AWS customers already using services like Amazon EC2, Amazon Elastic Load Balancer, ECS, RDS, Aurora, and more, don’t have to create major infrastructure to get started. They can simply deploy Nakama into an existing environment and start building experiences like the ones below. 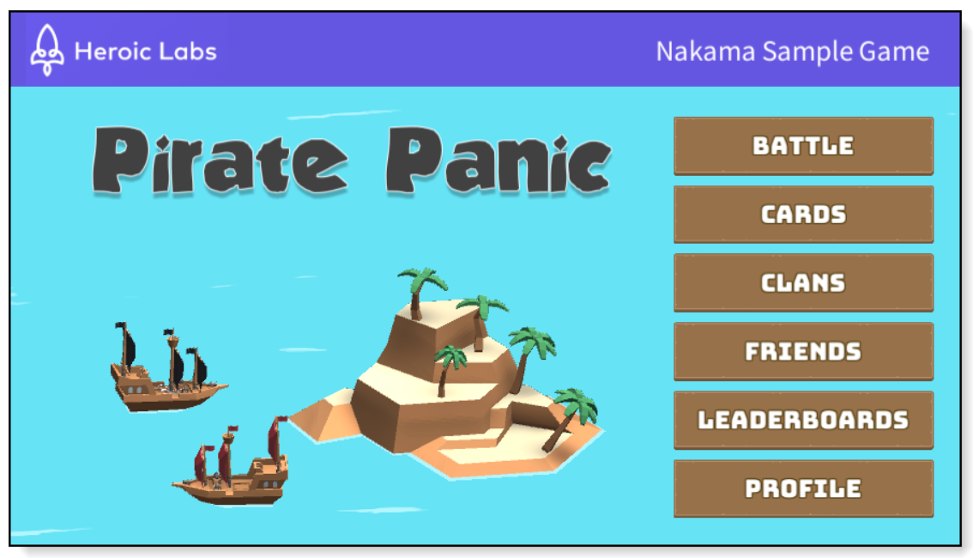 Learn more about Nakama on the Heroic Labs website, or on the AWS Marketplace where you can get started to build game experiences today.