Version control process is an important requirement in the software development model. Continuous integration (CI) is a DevOps software development practice where developers regularly merge their code changes into a central repository. After a merge, automated builds and tests are run. The key goals of CI are to find and address bugs quicker, improve software quality, and reduce the time it takes to validate and release software updates.

App teams often require pipeline build times to be shorter so product features can be delivered faster and aligned with the business needs. They usually manage their application source code (like files with extensions .py, .java, .c, etc.) along with the required documentation files (like files with extensions .md, .docx, .pdf, etc.) in the same repository. A build job corresponding to this repository builds and publishes the source code and the documentation files as artifacts for deployment. Any change in the documentation files doesn’t change the functionality of the application code, but it still triggers an unnecessary build pipeline.

In this blog post, we show you how to control and restrict the build process to selective file changes in AWS CodeCommit with AWS Lambda and AWS CodeBuild.

Consider a scenario in which an CodeCommit repository has a Dockerfile and documentation files. You can use the CodeBuild job to build and publish a new Docker image to Amazon Elastic Container Registry (Amazon ECR) by identifying the modification to the Dockerfile with the help of a Lambda function.

The following diagram shows how AWS services are used for this demonstration. 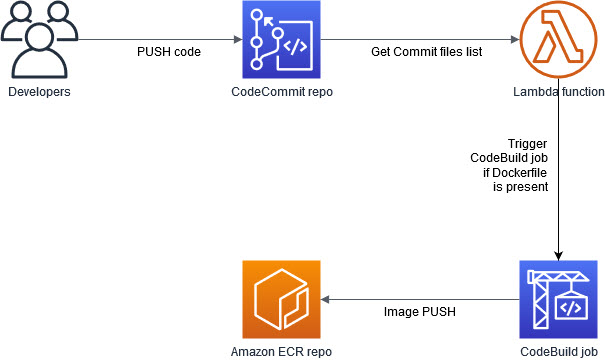 The Lambda code is written in Python using the Boto3 libraries. You can find the example source code in aws-codecommit-selective-build-trigger repository.

It is time to deploy the solution using an AWS CloudFormation template.

For this example, we created an S3 bucket named codecommit-selective-build in the N. Virginia (us-east-1) Region and used the console to upload the deployment package from the GitHub repository to the S3 bucket. 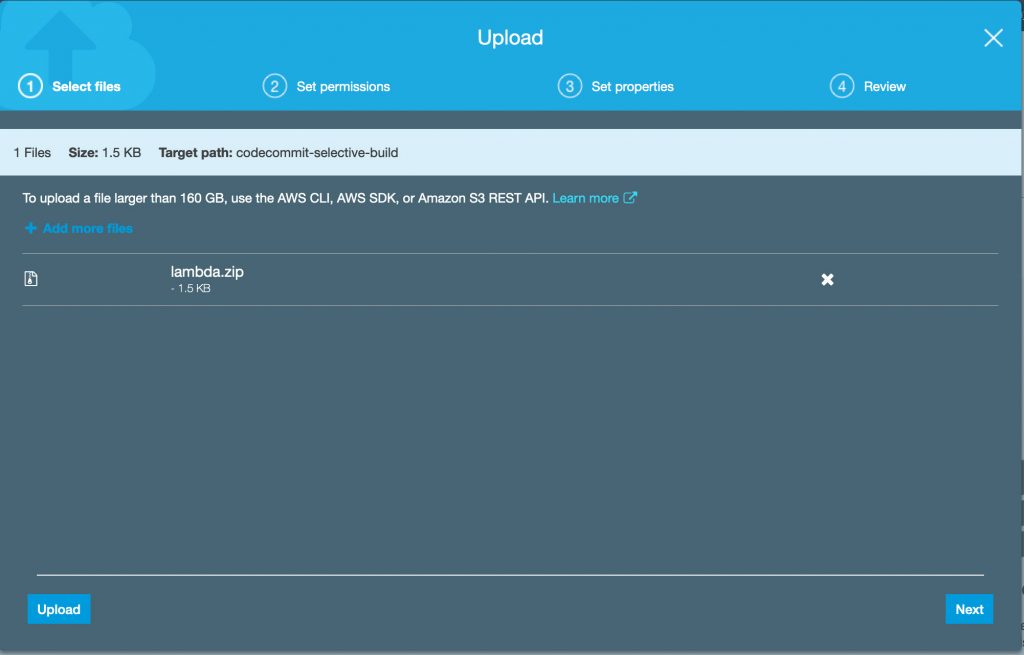 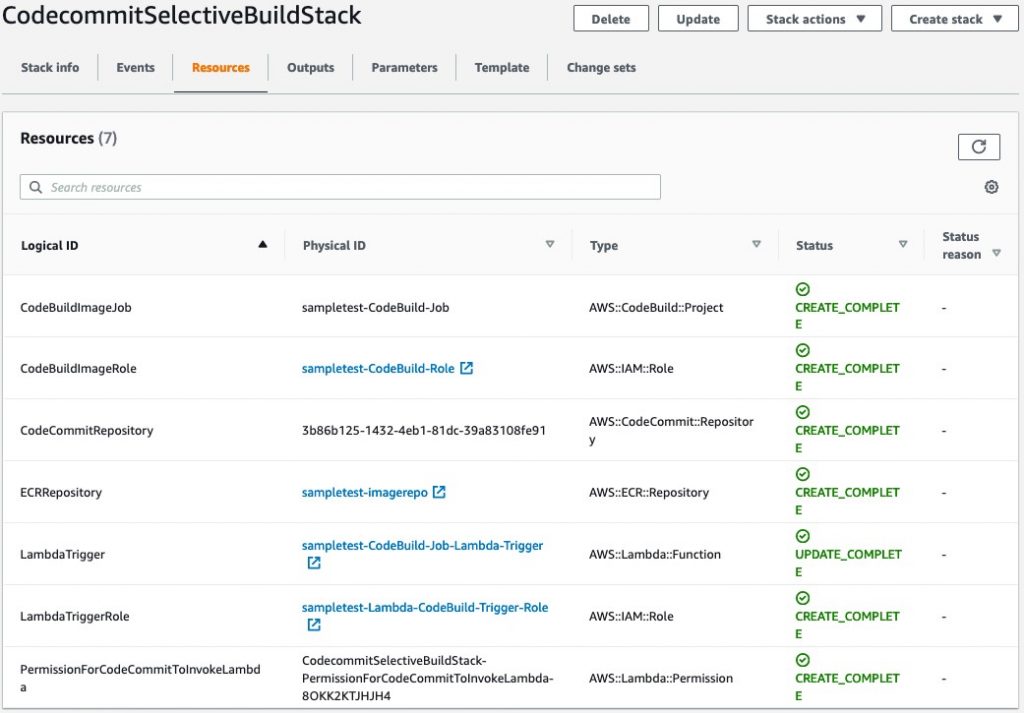 The stack creates an CodeCommit repository (sampletestcoderepo), which is configured for invoking a Lambda function (sampletest-CodeBuild-Job-Lambda-Trigger) when commits are pushed to it.

Now, you can try to push a commit to the remote CodeCommit repository. 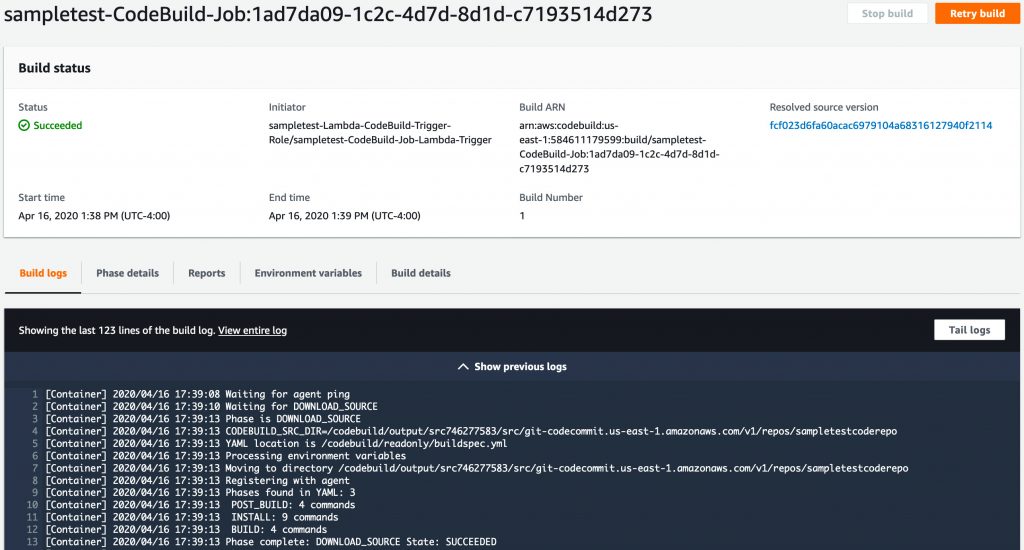 To avoid additional infrastructure costs from the examples described in this post, be sure to delete the stack. On the AWS CloudFormation console, select the stack that you created, and then choose Delete. This automatically deletes the resources that it created, including CodeCommit repositories, IAM roles/policies, Lambda functions, and CodeBuild projects.

In this blog post, we showed you how to build a sample solution that triggers build jobs based on the files that are modified in the CodeCommit repository. Thus, the solution restricts unnecessary builds from getting triggered, which avoids unnecessary CPU and storage consumption.

You can find the example CloudFormation template and Lambda function, demonstrated in this blog post, in the aws-codecommit-selective-build-trigger GitHub repository. Using the sample code, you can customize the Lambda code to trigger CodeBuild job for specific files or file extensions.

If you have questions or other feedback about this example, please open an issue or submit a pull request.