As organizations migrate workloads to the cloud, they want to ensure their teams spend more time on tasks that move the organization forward and less time managing infrastructure. Installing patches and configuring software is what AWS calls undifferentiated heavy lifting, or the hard IT work that doesn’t add value to the mission of the organization. Using manual processes to install or configure software can also introduce subtle problems that can be hard to debug and fix. In this blog post, I’m going to show you how you can use AWS Systems Manager documents to automatically install and configure Prometheus on your Amazon Elastic Compute Cloud (Amazon EC2) instances or on instances in your on-premises environment that you’ve configured for Systems Manager.

Prometheus is a very common monitoring and alerting system that customers run in their on-premises environments. Prometheus works by scraping metrics from instrumented applications and infrastructure. Engineers can then view the collected metrics or create alerting or recording rules. Many customers who are starting their cloud journey want to move their Prometheus workloads to the cloud.

In December 2020, AWS announced the release of Amazon Managed Service for Prometheus (AMP), a service that provides a fully managed environment that is tightly integrated with AWS Identity and Access Management (IAM) to control authentication and authorization. To configure an AMP workspace, see the Getting Started with Amazon Managed Service for Prometheus blog post.

Before you begin, do the following:

I built an AWS CloudFormation template that creates three AWS Systems Manager Parameter Store values, an AWS Systems Manager Command document, an Amazon EventBridge rule, an AWS Lambda function, and the appropriate IAM permissions. This configuration allows you to install or upgrade Prometheus on a server manually or through automation (for example, when an instance is created as part of an EC2 Auto Scaling group).

Choose this link to set up your environment.

In Specify stack details, enter the AMP workspace ID to use as the location for remote writing Prometheus data. You can also modify the URLs used to install Prometheus and the Prometheus Node Exporter on EC2. See Figure 1. 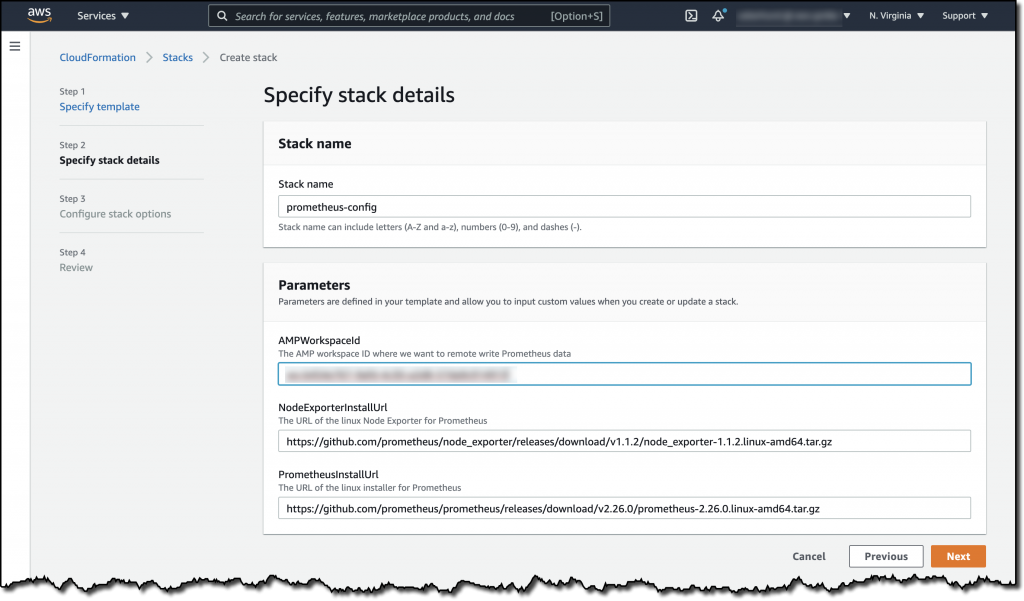 After the stack is created, on the Resources tab, go to the three AWS Systems Manager Parameter Store values that were created. When I choose one of these values, I can view the configuration I want to apply across my Prometheus instances. In Figure 2, you can see the Prometheus scrape configuration, which defines how the Prometheus server will scrape an instrumented application. 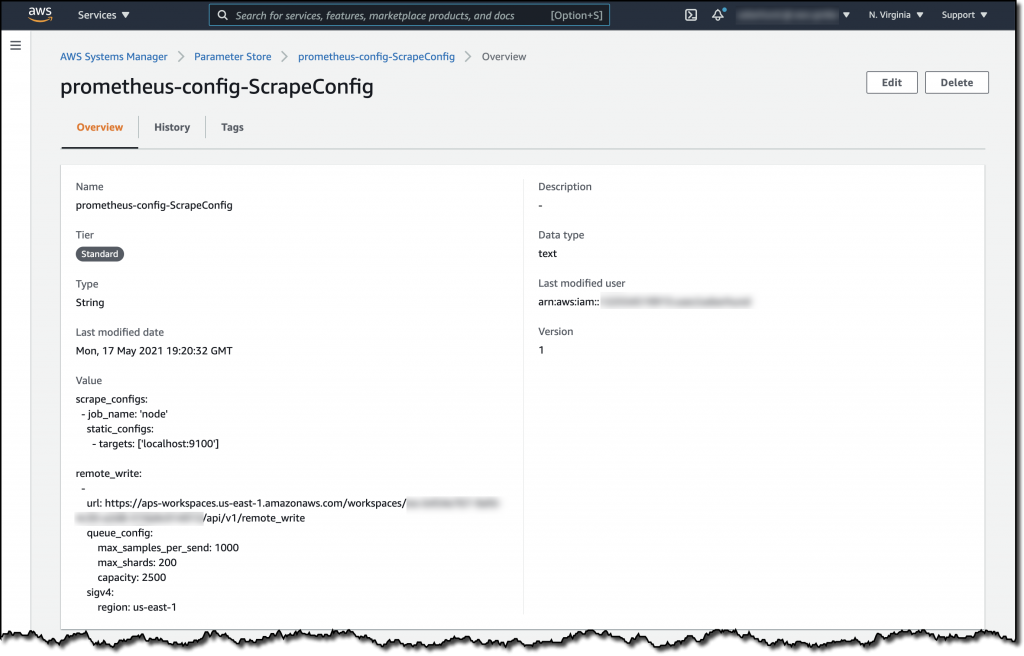 The Systems Manager Command document created by the CloudFormation stack appears on the Documents page of the AWS Systems Manager console. Choose the Owned by me tab to view documents that are owned by your account. In Figure 3, you’ll see my document is named prometheus-config-prometheus-installer.

This document is configured to download the Linux files for Prometheus and extract the tar.gz file. It then sets up a Prometheus user and copies files to the right file system location with the appropriate permissions. After Prometheus has been installed and configured, it configures the Prometheus service to start.

To apply this automation manually to one or more EC2 instances, choose the Command document (in my case, prometheus-config-prometheus-installer). Figure 4 shows the details page, where I can see the commands that will be executed.

Choose Run command to configure how to execute this automation against EC2.

Figure 5 shows the Run a command page, where the Command document is selected. In Command parameters, I see the values that are passed to the Command document. The Service Config, Node Exporter Service Config, and the Scrape Config parameter values refer to the Parameter Store values that were created by the CloudFormation stack. The Node Exporter Package Url and Package Url parameters refer to the installation URL for the Prometheus Node Exporter and the URL for Prometheus, respectively. You can use these parameter values as-is, or you can change them to point to different tar.gz files. 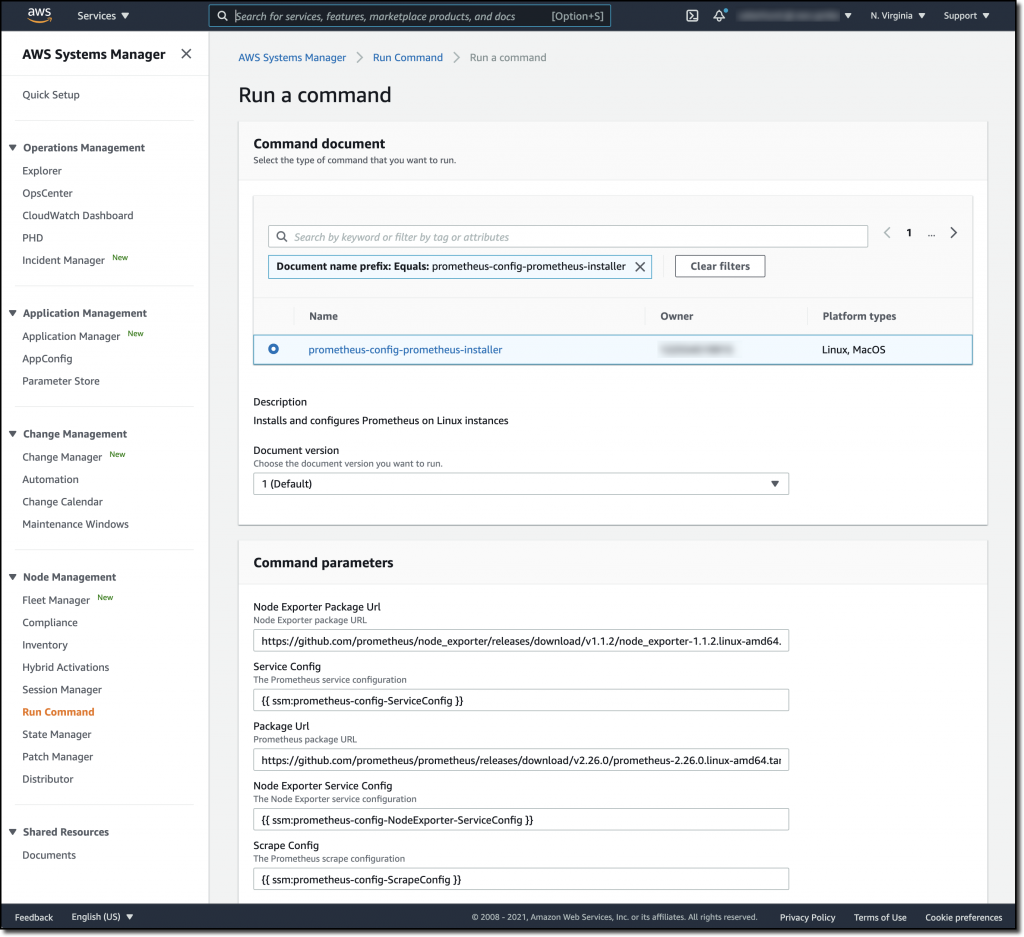 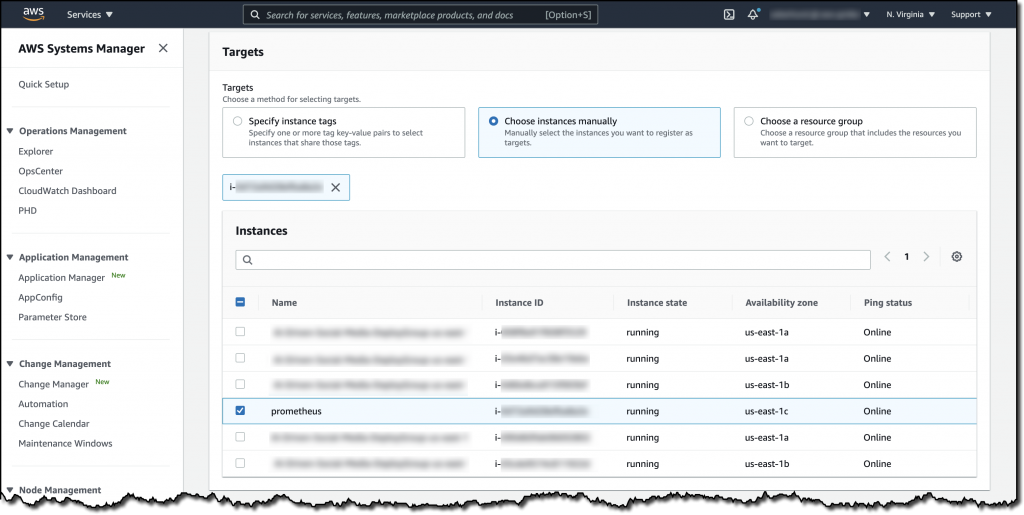 Figure 6: Selecting the instances on which to run the Command document

To execute the automation, I choose Run.

The command starts to run on the instance I specified. After a few moments, the status changes from In Progress to Success, as shown in Figure 7. 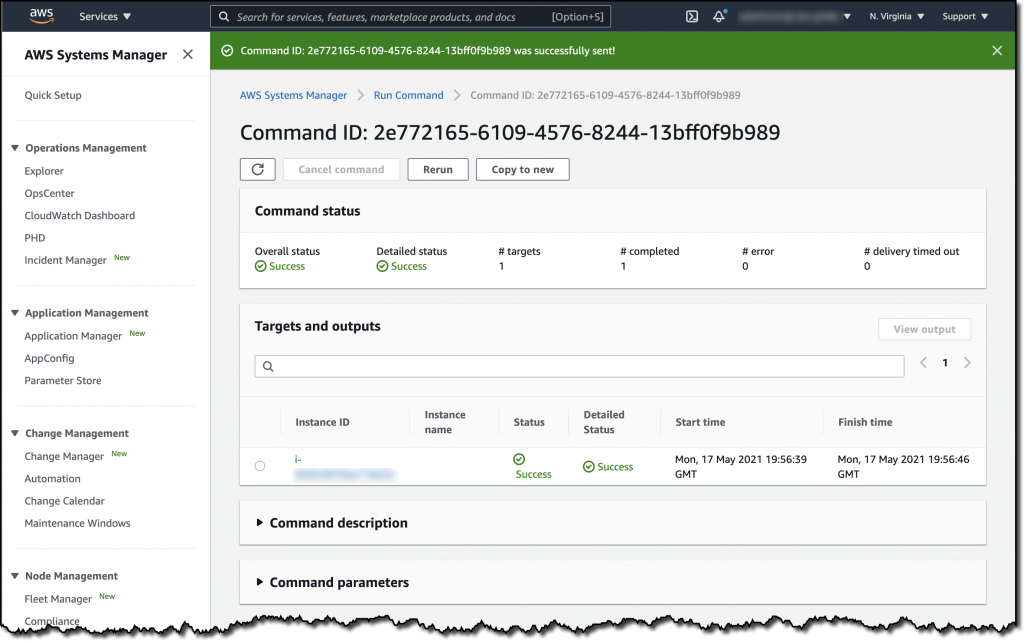 Figure 7: Running the command on the selected EC2 instance

Figure 8: Prometheus is successfully running on the new EC2 instance

After you create the launch template, you can create an Auto Scaling group. The end goal is to create an Amazon EC2 Auto Scaling group with a lifecycle hook. Lifecycle hooks allow you to perform configuration on newly launched instances so that they are fully configured when the instance exits the Pending state. Lifecycle hooks generate events. Amazon EventBridge can receive these events and direct them to a new target, like an AWS Lambda function. As part of the CloudFormation template executed earlier, I created an Amazon EventBridge rule that receives instance launch notifications from an Auto Scaling group named AutoScale-prometheus-config. These events are sent to an AWS Lambda function (in my example, prometheus-config-AutoInstall-Prometheus) that simply automates the same calls to the AWS Systems Manager Run Command that were used to run the Prometheus installation manually in the previous section. See Figure 9. 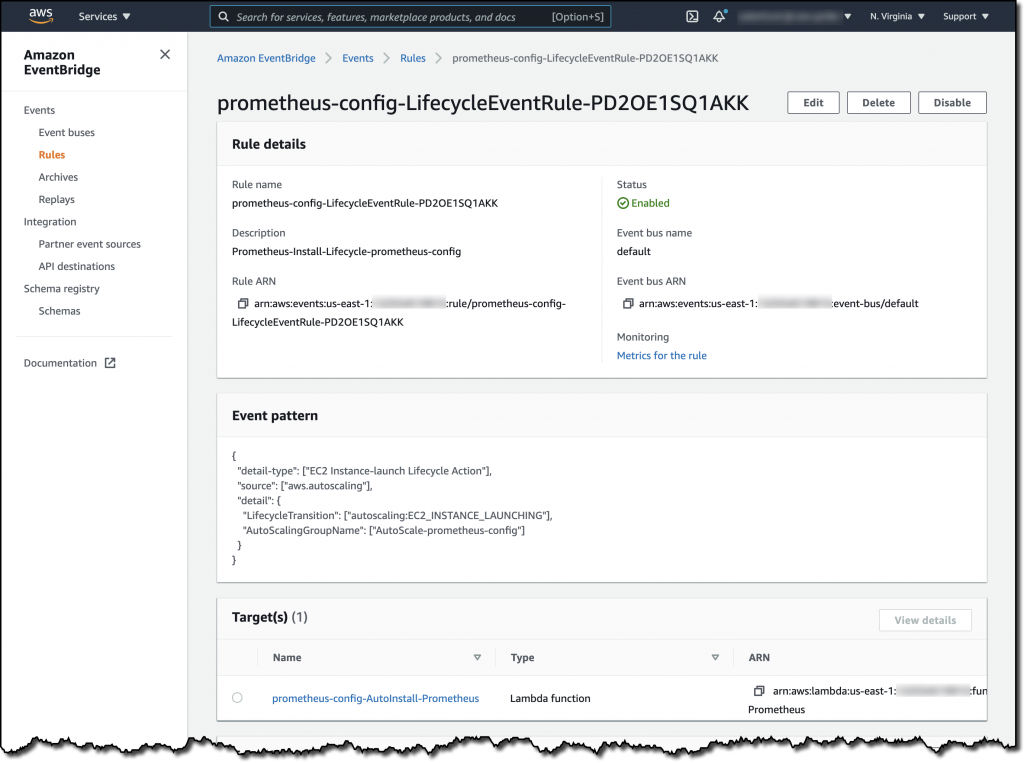 AWS Systems Manager provides a powerful set of tools to manage an organization’s compute instances at scale. In this blog post, I showed you how to run installation and configuration automation to ensure that Prometheus is installed and configured exactly the same way every time.