Mphasis thrives on business agility and resilience. Its internal operations, especially the core development processes and supporting functions such as sales, client servicing, finance, and administration, are fueled by multiple in-house business applications. For a company to showcase its digital prowess, empower its workforce to innovate, and stay at the cutting edge of technology, these line of business (LoB) applications must be as digitized and friction-free as possible.

Mphasis wanted to upgrade its development infrastructure to deal with the following challenges:

As part of their next-gen enterprise IT strategy, the CIO team at Mphasis wanted to create a reference architecture for cloud-native applications that can be run on the AWS Cloud.  Although they initially considered deploying and hosting applications on virtual machines on the AWS Cloud, Mphasis decided to build their microservices on AWS Lambda.

The key technical challenges during the migration included:

Mphasis was able to overcome these challenges by using a standards-based, loosely coupled integration between the microservices and other services.

AWS Lambda is a compute service that lets you run code without provisioning or managing servers. AWS Lambda executes your code only when needed and scales automatically, from a few requests per day to thousands per second. When you use AWS Lambda, you are responsible only for your code. AWS Lambda manages the compute fleet that offers a balance of memory, CPU, network, and other resources.

In addition to Lambda, Mphasis used these other AWS services: 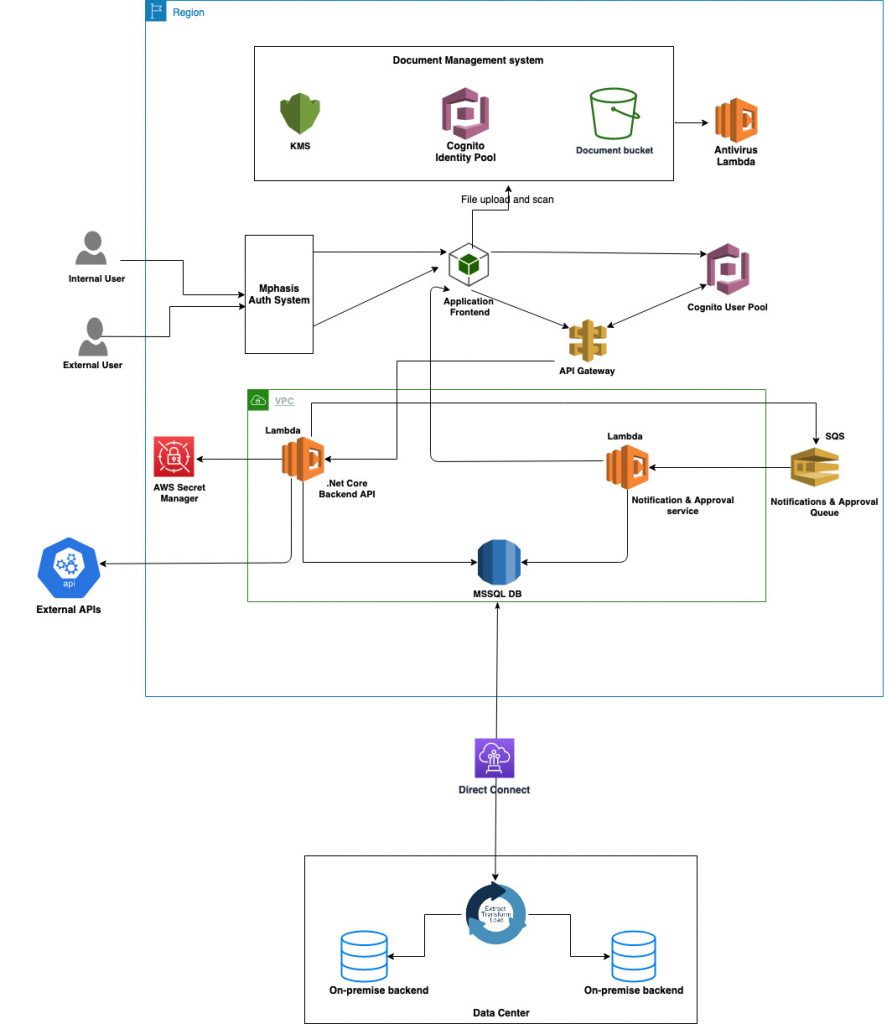 The key technical modules of the serverless solution included the following:

The key application components were run on AWS Lambda, so there was no need to provision or manage servers. The components were run on the .NET Core 3.x runtime. The web API with an HTTP endpoint for the Lambda functions was exposed using Amazon API Gateway authorization controls. AWS Lambda functions also consumed external APIs by exchanging valid tokens and authorization credentials.

The key benefits of a serverless solution are continuous scaling (automatically scaling the application) and consistent performance.

The COGNITO_USER_POOLS authorizer offered secure access to the API. It authenticates any request by validating a token sent from the front end before triggering the Lambda function.

To provide a more consistent network experience than internet-based connections, AWS Direct Connect was used to establish private connectivity between AWS and the Mphasis data center. The SQL Server database on AWS used this Direct Connect connection to receive and send data from on-premises applications for extract, transform, and load (ETL) operations.

A serverless solution on AWS provides Mphasis with the following benefits:

In the words of Guruprasad BM, the Associate Vice President of Mphasis:

“Earlier, if we had to develop a new application and we did not have virtual machines available in our data centers, the procurement and setup process would take at least three months. Now, we can be up and running on AWS within minutes. That’s how agile our infrastructure and services are.”

Mphasis plans to use this architecture as a reference for rearchitecting other legacy applications to a serverless cloud-native architecture on AWS. 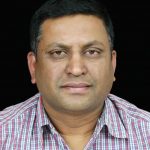 Mani Chandrasekaran is an Principal Solutions Architect specializing in Containers. He has over 25 years of experience in the IT industry and has worked with customers across the globe. He works with customers in India to help them adopt containers to achieve their business goals and is based in Bengaluru, India. When he is not dabbling in technology, you can find him watching crime thrillers, especially British crime series dramas. You can connect with him on LinkedIn or on twitter @cmani. 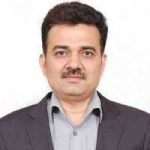 Guruprasad B M is an technology leader and an Associate Vice President at Mphasis, with over 23 years of experience in Program & Project Management, Product development & Production support. He has over 13 years of working experience in the CIO team for Enterprise Application’s operations, Cloud Migration, Could Architecture PaaS development and application security.