AWS Snowball Edge for the DoD: Bringing storage and compute to tactical situations

A growing number of military customers are adopting AWS’s cloud services to process, store, and transmit Department of Defense (DoD) data. Within the DoD, storage offers an opportunity to reduce costs and drive efficiencies, wherever the mission may take you.

From the battlefield to a military installation to a remote airfield, AWS Snowball Edge can help tactical DoD missions as they collect data and analyze that data in remote locations.

AWS Snowball Edge is our newest 100TB data transfer device, offering highly secure, on-board storage and in-flight compute capabilities with AWS Greengrass. DoD mission owners can use AWS Snowball Edge to move massive amounts of data into and out of the AWS Cloud, use the device as a temporary storage tier for large local datasets, or seamlessly support edge workloads in remote or offline locations.

AWS Snowball Edge connects to your organization’s existing applications and infrastructure using standard storage interfaces, streamlining the data transfer process, minimizing setup and integration, and helping ensure that the applications continue to run, even when they are not able to access the cloud. 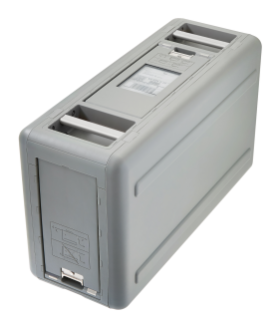 Benefits for the DoD

Often DoD Intelligence, Surveillance, and Reconnaissance (ISR) platforms are collecting high volumes of data using highly specialized sensors. Once the data is collected, the platform, like a drone, lands on an air strip. The mission owner immediately wants to start filtering and processing the data at the air field or a nearby operations center, but they want to get the rest of the data back to the cloud for long-term storage and future use. For situations like this, they need to stand up a storage cluster quickly to process and analyze the data locally. With Snowball Edge, storage and compute are brought to these edge locations and mission owners are able to deliver a finished product to be used by military decision makers quickly and efficiently. In parallel, the data stored on the Snowball Edge can be shipped back to an AWS region to be processed by large-scale compute clusters that can quickly spin up and spin down to save costs. The data can also be securely shared with the rest of DoD or other government agencies for correlation and analysis with their own datasets.

You can order AWS Snowball Edge with just a few clicks in the AWS Management Console. It arrives with your Amazon S3 buckets, AWS Lambda code, and clustering configuration pre-installed. Once the appliance arrives, connect it to your local network and set the IP address either manually or with DHCP. Finally, you verify the integrity of the Snowball Edge device and unlock it for use. You can encrypt your data prior to storing it on the Snowball Edge. Unencrypted data is never stored on the appliance. After the Snowball Edge data import job is complete, AWS performs an erasure of the Snowball appliance that follows the National Institute of Standards and Technology (NIST) guidelines for media sanitization.

Learn more about AWS Snowball Edge and other storage services for the DoD at AFCEA Cyberspace Symposium and AFCEA West in February. We will have AWS technologists on site to answer any of your questions and help to get your mission started in the cloud.