Don’t Discount the Value of Innovation 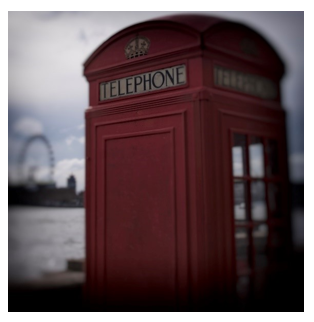 Recently, my family and I relocated from the United States to London. Shortly after arriving in London, we went on a family outing to see some of the city’s tourist sites. In the popular tourist areas of London, there are still red “telephone boxes” used by many for photographs since they are strongly associated with England.

As my family approached the telephone box, my youngest son asked, “What is that?” It dawned on me that in growing up in the suburbs of Seattle, he had never seen a phone booth before. One of the greatest technological innovations of my parents’ lifetimes and one of the greatest communications tools available in my lifetime was foreign to my children.

After this outing, I did some research. The first standard public telephone kiosk was introduced by the UK Post Office, made out of concrete, in 1920. It was called “Kiosk No.1” or K1 for short. The first red telephone box made out of metal was deployed in the UK in 1926, dubbed K2. Upgraded models, K3-K8, were introduced between 1930 and 1968. After privatization in 1982, the telephone company began to replace most of the existing red telephone boxes with modern models that looked different. By 2001, it was reported that they had stopped making telephone boxes. Public telephone kiosks were obsolete less than 100 years after they were introduced, as they started being replaced by mobile devices.

For me, this is an example of a technological innovation that changed the way we live, the language we use, our customs, and our culture. The same thing is happening now with the cloud.

Over the years, I have talked to thousands of customers about security and compliance topics. Many of these conversations revolved around specific security controls customers were interested in, or assurances about how specific cloud services are managed, or whether a cloud service complies with a specific regulation. Chief Information Security Officers (CISOs) and Chief Information Officers (CIOs) tend to be focused on maximizing control and visibility – and for good reasons.

But with the focus on security controls and compliance requirements, one important topic rarely gets discussed: innovation. Overlooking the value of innovation to an organization, and the value of the pace of innovation, can be a serious ROI miscalculation.

For example, one large retail organization with stores around the world was adamant that they could build and operate large-scale on-premises storage that met their organization’s specific security and compliance requirements less expensively than any Cloud Service Provider (CSP). There was no doubt that they had the purchasing power that enabled them to procure storage hardware at a deep discount and install it in their existing datacenters. They also had in-house expertise to operate their datacenters, which they had cultivated over the years.

I thought about several pieces of advice I could offer. I decided to give them some advice that focused on the future instead of the present. In accomplishing their vision of building large-scale, on-premises storage, they’d be left with a decades’ old concept that lacked rigor around networking, compute, database, security, and other basic building blocks of a modern cloud.

This customer was discounting innovation. Most of their investments and efforts were focused on growing their datacenters and operating their storage capabilities at scale. Although they had a roadmap of new capabilities they aspired to introduce in the future, this was not their focus or core competency. Of course, their roadmap was subject to future funding proposals, which were tied to the earnings of the company and economic conditions in the markets where they did business. Three years down the road, they could be left with an aging on-premises storage implementation. There would also be increasing operating costs associated with the size of their operations, requiring more staff tasked with keeping everything running. The opportunity cost of spending more time and effort on the status quo typically is a decrease in the pace of innovation.

By contrast, AWS has reduced prices 67 times since we launched in 2006, while the pace of innovation has increased dramatically. Using AWS, three years from now they would still have unlimited storage, but they would also have modern networking, compute, database, and security capabilities that come with AWS “right out of the box.” Additionally, they’d also have artificial intelligence (AI), machine learning (ML), mobile, and Internet of Things (IoT) capabilities that weren’t part of their plans. This likely wouldn’t require an increase in operations staff, as the amount of physical hardware to deploy and manage would be reduced, not increased. Existing staff could be focused on work higher up the value chain and could spend their time innovating instead of shepherding servers. Their recruiters would be happier too, as it would be easier for them to attract and retain technical talent, when that talent gets to work on modern technology that supports the future of the organization and their future career aspirations. AWS would help them meet their storage requirements, as well as provide them with an innovation pipeline that they couldn’t possibly achieve themselves.

At AWS, innovation is our core competency and the pace of innovation has been accelerating. AWS has been continually expanding its services to support virtually any cloud workload, and it now has more than 125 services that range from compute, storage, networking, database, analytics, application services, deployment, management, developer, mobile, IoT, AI/ML, security, hybrid and enterprise applications. AWS launched a total of 1,430 new features and/or services in 2017 for a total of 4,343 new features and/or services since inception in 2006. Learn more about our innovation on our What’s New with AWS webpage.

When your organization reaches a decision point about whether to continue the status quo or to seriously evaluate the cloud, don’t discount the value of innovation to your organization and to its future workforce, in your evaluation.