Over 3200 developers from across the PennyLane community came together to deliver impactful and creative solutions to quantum computing challenges during the virtual QHack event held February 14-25. Participants joined from 105 countries worldwide, from the high school level all the way through PhDs and professionals. AWS sponsored QHack for the second consecutive year, after joining the PennyLane steering council to support the goal of creating an open source, community driven project that makes it easy to explore and do research in quantum computing.

“Quantum computing is such an amazing technology. We wanted to create an event that conveyed and spread that sense of excitement and marvel. Simply put, QHack is a celebration of quantum computing. This year, we were blown away by the passion of the participants, the enthusiasm of the speakers, and the generosity of the sponsors; they all came together to make QHack a one-of-a-kind event,” said Dr. Nathan Killoran, Head of Software, Algorithms, and Quantum Machine Learning at Xanadu.

This year’s QHack included Coding Challenges and an Open Hackathon, as well as chances for participants to flex their creative muscles in the annual meme contest, retweet raffle, and first ever design competition. The conference portion of QHack featured 20+ talks from eminent scientists and builders in the field, with the stream peaking as #1 in the Science and Technology Category on Twitch.

Next we shine the spotlight on the three winning teams of this year’s Amazon Braket Challenge from the Open Hackathon portion of QHack and share a sneak peak of the future for the winning projects.

Each Braket challenge winner will be awarded with an AWS DeepRacer and US$10,000 worth of AWS Credits to continue their work on Amazon Braket. The teams now have access to Quantum Processing Units (QPUs) from D-Wave, IonQ, Rigetti, and OQC, as well as state vector, density matrix, and tensor network quantum simulators. Here is a brief overview of each of the winning projects. 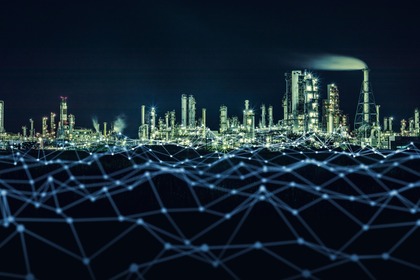 The devastating effects of climate change are becoming clearer every year with rising sea levels, glacial retreat, and an increase in extreme weather events. This is why in 2019 Amazon enacted the Climate Pledge, a commitment to reach net-zero carbon across our entire business by 2040, which over 200 other signatories have since joined. AWS knows the crucial importance of reducing the carbon footprint of our datacenters worldwide, which is precisely the use case proposed by Valter Uotila, a PhD student at the University of Helsinki. Starting with a simulated dataset of emissions for workloads of different sizes across various cloud providers, he formulates the problem of minimizing carbon emissions as finding the shortest path to distribute workloads across many datacenters. He then expresses this shortest pathfinding as a Quadratic Unconstrained Binary Optimization (QUBO), which can be implemented on a quantum annealer. Using the Amazon Braket Ocean Plugin, Valter ran his use case on the D-Wave Advantage System, achieving solutions with a maximum deviation of 2.3% from the classically calculated optimum. He plans to focus future work in this direction on expanding the workload model to include data management and query processing in databases. 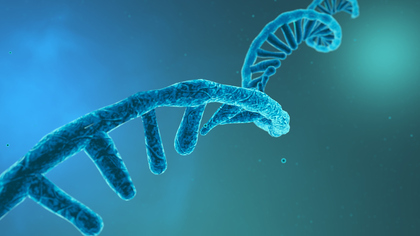 RNA is fundamental to biological processes, including regulation of genes, construction of proteins, cellular signaling, and catalysis. Analogous to protein folding, finding the stable structure of an RNA molecule can be encoded into a quantum computer as finding the lowest energy state of a Hamiltonian. The winning team of researchers from the University of Victoria, BC (Juan Giraldo, Saasha Joshi, and Tristan Zaborniak) implemented a quantum annealing-based solution to predict RNA folding by training on experimentally known RNA structures. In doing so, the team expanded on a 2021 work by Fox et al., achieving higher accuracy by using a model taking into account the number of hydrogen bonds involved in base pairs. The team formulated their problem as a Quadratic Unconstrained Binary Optimization (QUBO), accessing the D-Wave Advantage System through Braket. For future work, they plan to improve the realism of their Hamiltonian, benchmark against the best known classical approaches, and explore gate-based quantum hardware implementations of their use case.

Identifying outliers in a dataset is a problem with wide-ranging applications from cancer diagnosis to financial fraud detection to climate modeling. A highly performant classical machine learning approach to anomaly detection is a type of neural network (NN) called an “autoencoder,” which is designed to discover structure in data given a labeled training set, generally with the goal of achieving a compressed representation of the data. One version of a quantum analog for the autoencoder replaces the neural network with a variational quantum circuit whose circuit-level parameters can be trained in much the same way as the weights of a classical NN. The winning team of international graduate, undergraduate, and postdoctoral researchers (Michał Bączyk, Stephen DiAdamo, Sean Mcilvane, Eraraya Ricardo Muten, Ankit Khandelwal, Andrei Tomut, and Renata Wong) used the Braket SDK local simulator to implement an enhanced quantum autoencoder, achieving an overall fraud identification rate of 83% on a Kaggle dataset of credit card transactions. Their work built upon a 2021 paper on hybrid quantum anomaly detection by Sakhnenko et al., combining it with the enhanced data encoding techniques developed in Carlos Bravo-Prieto 2021 and the patch encoder implemented in Li and Ghosh 2021. To expand on their work, the team plans to explore further performance improvements of the algorithm and study the robustness of the approach on Braket QPUs and potential error mitigation schemes using the AWS credits they won.

The first portion of QHack was a series of Coding Challenges, where participants completed quantum software tasks using Xanadu’s PennyLane library. The top 100 teams on the leaderboard were provided with US$400 in AWS credit “Power Ups.” Participants could then use the Power Ups during the Open Hackathon stage, where teams proposed their use cases for the opportunity to win an additional US$2,000 in AWS credits to make further use of AWS in their projects. These submissions were evaluated for scientific and/or technical ability, overall quality of presentation, depth of use of the quantum computing software and hardware stack, and a 1–2 paragraph description of how they planned to use the Power Up. Based on these criteria, the top 15 teams received US$2,000 in credits to augment their projects with Braket, as well as AWS services like Amazon Elastic Compute Cloud (Amazon EC2) and Amazon SageMaker for machine learning. Braket applied scientists then dived deep into all Open Hackathon submissions to choose three grand prize Braket Challenge winners.

We at AWS are proud to have sponsored QHack for the second year running and look forward to empowering ongoing invention, experimentation, and collaboration with the quantum community. To get started with PennyLane on Braket, check out our example notebooks. PennyLane comes preinstalled in Amazon Braket managed notebooks and in our PennyLane containers for Amazon Braket Hybrid Jobs. Want to do research on Braket? Check out these resources: AWS Cloud Credits for Research and NSF CloudBank.