During a recent founders panel at the AWS Loft San Francisco, several founders shared hard-won insights on startup culture, how they’ve evolved as leaders, launching versus scaling, growth strategies, and the perennial pursuit of the elusive concept of work-life balance. 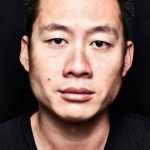 Justin Kan, a partner at Y Combinator and a co-founder of the live video platforms Justin.tv and Twitch.tv, has been involved with startups in Silicon Valley for 13 years. “Most of that time,” he said, “was spent in periods of no growth, not high growth.” When he hit on something that worked, the turnaround felt almost too fast: “Product is flying off the shelves, or in our case, all of our servers would crash every other day. We were totally unprepared. It’s a happy accident that we were successful.” His latest venture, Atrium, is a full-service corporate law firm that rethinks the white-shoe, billable-hours model—he calls it a “parallel legal system” that makes innovative use of machine learning software to free up a staff of legal professionals to spend more time on nuanced, human solutions. 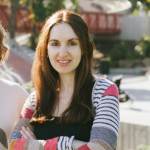 Sara Mauskopf is the co-founder and CEO of Winnie, a family-friendly app that locates daycare centers with open spaces, parks with playgrounds, and restaurants where children eat for free, and also connects like-minded parents via a community board where they can ask questions and swap tips. She was thrilled when the app’s launch garnered her 500 engaged users in San Francisco. A meeting with her investors was a wake-up call. “We realized we had to do this on a much bigger scale. We had taken venture capital and we decided to just launch everywhere. If we can get 500 users in the 20,000 cities that exist in the United States, that starts to add up to something.” But as they began to scale, it was important to Mauskopf that their company culture did not get lost in the process. She and her co-founder (who, like Mauskopf, is also raising two young children) believed they could “build a culture where you really weren’t supposed to work at night and on the weekends, [that would] still be successful. We also modeled that because we had to. If the founders leave by 6 p.m. every night, no one else is hanging around.”

Forward is a two-years-young AI-based health care system that connects private physicians with proprietary technology to provide a new kind of data-driven primary care. Its founder and CEO, Adrian Aoun, calls Forward “an entirely parallel health care system. You pay us separately. We don’t work with your insurance.” His reasoning is that the existing health care system is pretty much broken beyond repair. “I don’t know how to fix the health care system,” he said; but the idea of opting out and putting one’s trust in a whole new paradigm has clearly excited physicians, patients, and investors alike. “We’ve got doctors’ offices everywhere. We’ve got a telemedicine team that works from home scattered around the planet.” The challenge, as he sees it, is coaxing alchemy out of disparate teams and making “multiple cultures cooperate. We went through a lot of growing pains early on. We were trying to get doctors and engineers to talk to one another.” He has found that instituting a weekly all-hands to be an effective team-building initiative. “It allows me to bypass any middle-management layer and to say, ‘Hey, this is what I want every single one of you to focus on.’”

Serial entrepreneur Elad Gil is a co-founder of Color Genomics, which aims to increase access to genetic testing for minorities with a saliva test that screens for mutations in the breast cancer genes BRCA1 and BRCA2, as well as 28 other genes for breast, prostate, colon, uterine, stomach, melanoma, pancreatic, and ovarian cancers. “I bounce between things that are scaling and working,” he said, “and then [between] raw startups, some of which work, some of which don’t.” He joined Google when the company had around 1,500 people working for it, and watched as it scaled to 15,000 over three and a half years. He witnessed a similar transformation at Twitter and stressed the importance of having a roadmap for growth. “The second time around, you have a bit more of a level head,” he said.

When it all feels like too much, what’s a captain of industry to do? “I literally have a bracelet that says ‘Be Calm,’” Kan said. “Surprisingly, looking at it does help.” He also meditates and keeps a gratitude journal. Mauskopf keeps in mind that the worst thing that can happen is her company fails, and in the grand scheme of things, that’s probably okay. When things are especially stressful, she tries to remember that “no one’s going to die.” Aoun makes a point of calling a handful of trusted friends, including a few who aren’t in the tech world, as part of his morning routine. “I have five people I call every single morning. Maybe two to three of them will pick up, and I typically talk to them for ten or fifteen minutes and get some perspective and advice. By the end of that, I’m good to go. Of the five people I call, only two are entrepreneurs. It’s really important to get perspective from people that are not in this echo chamber.”