There’s no blueprint for transforming an early stage startup into a global success story. Given how diverse tech startups are, it makes perfect sense that there’s no one-size-fits-all solution.

However, through analyzing the actions and attitudes of businesses that have made it to the big league, it is possible to identify a pattern of behaviors, actions, and attitudes that has fueled their growth. With this in mind, we asked three quickly growing startups from the AWS Software Startup Awards to share the secrets of their success. Here’s what they told us.

Customers can be your best allies

Having tripled its revenue for the most recent financial year and with a market value of more than $300 million, Dublin, Ireland startup Tines is thriving. It’s also just won Gold in the Rising Star category of the AWS Software Startup Awards. 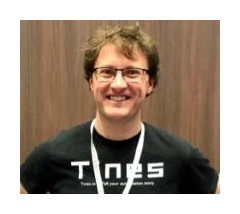 Thomas Kinsella, co-founder and chief operating officer, attributes Tines’ success to its customers, who include Canva, Hubspot, Coinbase, and Auth0. He describes them as the company’s “best allies.”

“Getting support and feedback from our customers, whether that’s about adding new features, simplifying our platform or rolling out a new initiative, has really helped us push forward.” Thomas explains. “Listening and learning from our customers’ world-class security teams has been crucial for our success and will always be a priority for us.”

“Aim high, but move fast.” That’s the advice from Jem Walters, co-founder and chief technology officer of the UK startup money saving app Snoop. Since launching in April 2020, the app has been downloaded 700,000 times. The company scooped up Silver in the Rising Star element of the AWS Software Startup Awards, and was named Innovation of the Year at the 2021 British Banking Awards.

Walters points out that a great idea can’t be proven until it’s put in front of customers. “Get something simple up and running as quickly as possible—put it out there to start the feedback and iterate cycle,” he says. “Putting high-quality working software in front of your target users is the only way to really know if you have a viable business.”

Be ready to adapt

Turning a setback into an opportunity is the hallmark of a successful startup. Before the pandemic, PixelMax was using game engine technology and visual 3D software to create virtual versions of factories to monitor real-time data and improve productivity on manufacturing lines. The Manchester-based tech company had a global project lined up with an aerospace firm, but when lockdown kicked in and planes stopped flying, the order was put on hold.

To help it continue operating through remote working, PixelMax turned to AWS. The shift to the cloud proved to be the catalyst to completely pivot the business model to focus on a virtual, immersive 3D workplace and events platform aimed at solving the hybrid working challenge.

PixelMax, which took Bronze in the Rising Star category of the AWS Software Startup Awards, has seen significant growth since it reinvented itself. They now forecast growth to double each year for the next two years and its customers include high-profile global brands such as European football governing body UEFA.

When it comes to streamlining processes and freeing up time and space for product innovation, Thomas says AWS Systems Manager has been the most impactful tool. With it, the Tines team manages its fleet of production machines quickly and easily and it saves them the hassle of setting up their own secure shell access. 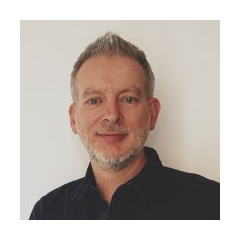 Snoop uses more than 50 AWS services, which Jem describes as “a classic case of the whole is greater than the sum of its parts.” The company has adopted a serverless approach, placing AWS Lambda, AWS Fargate, and Amazon DynamoDB at the heart of its platform.

“AWS services have been fundamental to our success story to date. Adopting a serverless approach means our engineers spend very little time on managing infrastructure and most of their time creating value for our business by building new product features, reducing risk, and optimizing costs.”

PixelMax, too, sees serverless tech as “extremely helpful” to its trajectory, particularly Amazon API Gateway and Lambda, which have enabled the team to rapidly build a highly scalable platform without needing to continuously manage and maintain infrastructure. PixelMax co-founder Shay O’Connell, says, “This allows engineers to spend more time focusing on more complex elements of our platform, such as 3D world streaming.”

A good support network is essential

Having people around to lean on and offer expert advice is invaluable. Joining the AWS Activate program “jump-started” Snoop’s journey, according to Jem, and the company is also benefiting from commercial arrangements with trusted partners through AWS Marketplace.

Tines joined the AWS Partner Network and also created an AWS Marketplace listing last year, unlocking a slew of go-to-market opportunities. Thomas reports that this has “streamlined procurement and created enhanced value for customers.” The Tines team is also making the most of co-marketing opportunities on offer through AWS, such as exhibiting at AWS Global Summits in New York, London, and Tel Aviv this year to boost brand awareness and make more connections across the cloud community.

On joining Activate, PixelMax received AWS service credits worth $110,000, which have allowed them to “accelerate our business, develop our software, and enable the business to produce a market-leading product” Jem says.

No one thing will make you successful, whether it’s choosing a new tool, launching a new marketing campaign, or hiring a great salesperson, but each of these things will make you one or two percent better, points out Thomas. “Continuously improving will enable you to build a successful business over time. Gauge your progress, celebrate every win, and acknowledge any failures so you know when it’s time for another round of goal-setting.”