Contributed by Sandy Carter, Vice President of Windows on AWS and Enterprise Workloads

Happy birthday to all of our AWS customers! In particular, I want to call out Autodesk, RightScale (now part of Flexera), and

Suunto (Movescount) – just a few of our customers who have been running Microsoft Windows Server and Microsoft SQL Server on AWS for 10 years! Thank you for your business and seeing the value of Windows on AWS!

So many customers trust their Windows workloads on AWS because of our experience, reliability, security, and performance. IDC (a leading IT Analyst) estimates that AWS accounted for approximately 57.7% of total Windows instances in public cloud IaaS during 2017 – nearly 2x the nearest cloud provider.

Our Windows on AWS customers benefit from the millions of active customers per month across the AWS Cloud. Ancestry, the global leader in family history and consumer genomics, has over 6000 instances on AWS. Nat Natarajan, Executive Vice President of Product and Technology at Ancestry just spoke with us in Seattle. I loved hearing how they are using Windows on AWS.

“AWS provides us with the flexibility we need to stay at the forefront of consumer genomics, as the science and technology in the space continues to rapidly evolve. We’re confident that AWS provides us with unmatched scalability, security, and privacy.”

I talk to so many of our customers every week who tell me that their Windows and SQL Server workloads run better on AWS. For example, eMarketer enables thousands of companies around the world to better understand markets and consumer behavior. This helps them get the data they need to succeed in a competitive and fast changing digital economy. They recently told me how they started their digital transformation initiative on another public cloud.

“We chose to move our Microsoft workloads to AWS because of your extensive migration experience, higher availability, and better performance. We are seeing 35% cost savings and thrilled to see 4x faster launch times now.” – Ryan Hoffman, Senior Vice President of Engineering

One of the things I get asked about more and more is, can you modernize those Windows apps as well? Using serverless compute on AWS Lambda, Windows containers, and Amazon Machine Learning (Amazon ML), you can really take those Windows apps into the 21st century! For example, Mitek, the global leader in mobile capture and identity verification software solutions, wanted to modernize their Mobile Verify application to accelerate integration across multiple regions and environments. They leveraged Windows containers using Amazon ECS so they could focus their resources on developing more features instead of servers, VMs, and patching. They reduced their deployment time from hours to minutes!

We know .NET developers love using their existing tools. We created tools such as AWS Toolkit for Visual Studio and AWS Tools for Visual Studio Team Services (VSTS) to provide integration into many popular AWS services. Agero tells us how easy it is for their .NET developers to get started with AWS. Agero provides connected vehicle data, roadside assistance, and claims management services to over 115 million drivers and leading insurers.

“We experimented with AWS Elastic Beanstalk and found it was the simplest, fastest way to get .NET code running in AWS.” – Bernie Gracy, Chief Digital Officer

Of course, most of our customers use Microsoft Active Directory on-premises for directory-based identity-related services, and some also use Azure AD to manage users with Office365. Customers use AWS Directory Service for Microsoft Active Directory (AWS Managed Microsoft AD) to easily integrate AWS resources with on-premises AD and Azure AD. That way, there’s no data to be synchronized or replicated from on-premises to AWS. AWS Managed AD lets you use the same administration tools and built-in features such as single sign-on (SSO) or Group Policy as you use on-premises. And we now enable our customers to share a single directory with multiple AWS accounts within an AWS Region!

This birthday is significant to us here at Amazon Web Services as we obsess over our customers. Over 90% of our roadmap items are driven directly from you! With hundreds of thousands of active customers running Windows on AWS, that’s a lot of great ideas. In fact, did you know that our premier serverless engine, AWS Lambda, which lets you run .NET Core without provisioning or managing servers, came directly from you, our customers?

Some of you wanted an easier way to jumpstart Windows Server projects on AWS, which led us to build Amazon Lightsail, giving you compute, storage and networking with a low, predictable price. Based on feedback from machine learning practitioners and researchers, we launched our AWS Deep Learning AMI for Windows so you can quickly launch Amazon EC2 instances pre-installed with popular deep learning frameworks including Apache MXNet, Caffe and Tensorflow.

Our customer obsession means that we are committed to helping you lower your total cost of ownership (TCO). When I talk to customers, they tell me they appreciate that AWS does not approach their cloud migration journey as a way to lock-in additional software license subscriptions. For example, TSO Logic, one of our AWS Partner Network (APN) partners, described in a blog the work we did with one of our joint customers, a privately-held U.S. company with more than 70,000 employees, operating in 50 countries. We helped this customer save 22 percent on their SQL Server workloads by optimizing core counts and reducing licensing costs.

Delaware North, a global leader in hospitality management and food service management, uses our pay-as-you-go licenses to scale-up their SQL Server instances during peak periods, without having to pay for those licenses for multiple years. Many customers also use License Mobility benefits to bring their Microsoft application licenses to AWS, and other customers, such as Xero, the accounting software platform for small and medium-sized businesses, reduce costs by bringing their own Windows Server Datacenter Edition and SQL Server Enterprise Edition licenses to AWS on our Amazon EC2 Dedicated Hosts. And, we also have investment programs to help qualified customers offset Microsoft licensing costs when migrating to the AWS Cloud.

We know that many of you are thinking about what to do with legacy applications still using the 2008 versions of SQL Server and Windows Server. I hear from many leaders who don’t want to base their cloud strategy on software end-of-support. AWS provides flexibility to easily upgrade and modernize your legacy workloads. ClickSoftware Technologies, the SaaS provider of field service management solutions, found how easy it was to upgrade to a current version of SQL Server on AWS. 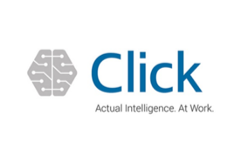 “After migrating to AWS, we upgraded to SQL Server 2016 using SQL Server 2008 in compatibility mode, which meant we did not have to make any application changes, and now have a fully supported version of SQL Server.” – Udi Keidar, VP of Cloud Services, ClickSoftware

Did you know you can also bring your Microsoft licenses to VMware Cloud on AWS? VMware Cloud on AWS is a great solution when you need to execute a fast migration – whether that’s due to running out of data center space, an upcoming lease expiration, or a natural disaster such as the recent hurricanes. Massachusetts Institute of Technology (MIT) started with a proof of concept (POC) and moved their initial 300 VMs in less than 96 hours, with just one employee. Over the next three months they migrated of all of their 2,800 production VMs to VMware Cloud on AWS.

Next month, I hope you’ll join me at AWS re:Invent to learn “What’s New with Microsoft and .NET on AWS” as well as the dozens of other sessions we have for Windows on AWS for IT leaders, DevOps engineers, system administrators, DBAs and .NET developers. We have so many new innovations to share with you!

I want to thank each you for trusting us these last ten years with your most critical business applications and allowing us to continue to help you innovate and transform your business. If you’d like to learn more about how we can help you bring your applications built on Windows Server and SQL Server to the cloud, please check out the following resources and events or contact us!