This post was co-written with Matthew Coulter, Lead Technical Architect of Global Risk at Liberty Mutual

Liberty IT Solutions, part of Liberty Mutual Group, has been using AWS CloudFormation to deploy serverless applications on AWS for the last four years. These deployments typically involve defining, integrating, and monitoring services such as AWS Lambda, Amazon API Gateway, and Amazon DynamoDB.

Since each team was responsible for building and maintaining these applications, as soon as CloudFormation templates grew larger, it quickly became a challenge. As well, it was becoming increasingly time consuming to extract the relevant parts of the template for re-use. Even when teams were building similar applications with similar requirements, everything was built from scratch for that application.

Before we dive in, let’s cover some of the terminology in this blog post and provide you with some additional reading:

The model Liberty used to develop these applications was based on small components that led to repeatable patterns, which made them ideal for sharing architectures across teams.

For example, if different teams built a web application using API Gateway, AWS Lambda, and Amazon DynamoDB, they could build a reusable pattern that included best practices after they battle tested it. This known infrastructure pattern could then be easily shared across multiple teams, ultimately increasing developer productivity.

That’s where CDK comes in

Matt Coulter at Liberty (and co-author of this blog post), said, “After researching CDK, we thought it would be a good fit for producing the patterns we wanted to, and providing an open source framework for others to contribute to the patterns, and to build their own.”

In an initial PoC, Liberty was able to take more than 2,000 lines of YAML CloudFormation down to just 14 lines of code, which came packaged with its own unit tests. This could then be published to NPM or GitHub to share with the rest of the team and with no loss of functionality over the original CloudFormation template.

The ideal starting point for this was the AWS Well-Architected framework, specifically the Serverless Application Lens. The Serverless Lens is more focused and specific, and it provides guidance that speaks to developers more closely than the broader framework. Using Serverless Lens saved Liberty significant time investments on discovering and implementing those best practices across the patterns they had built, and it allowed for faster uptake.

Let’s take a look at one of the patterns in more detail.

This pattern introduces the concept of distributed tracing: as workloads scale it can become more challenging to find anomalies and figure out where those anomalies occur within your application. This is not defined by the components used, but how the information is sent back information to AWS X-Ray. The pattern includes some common use cases with different data flows through AWS Serverless services. 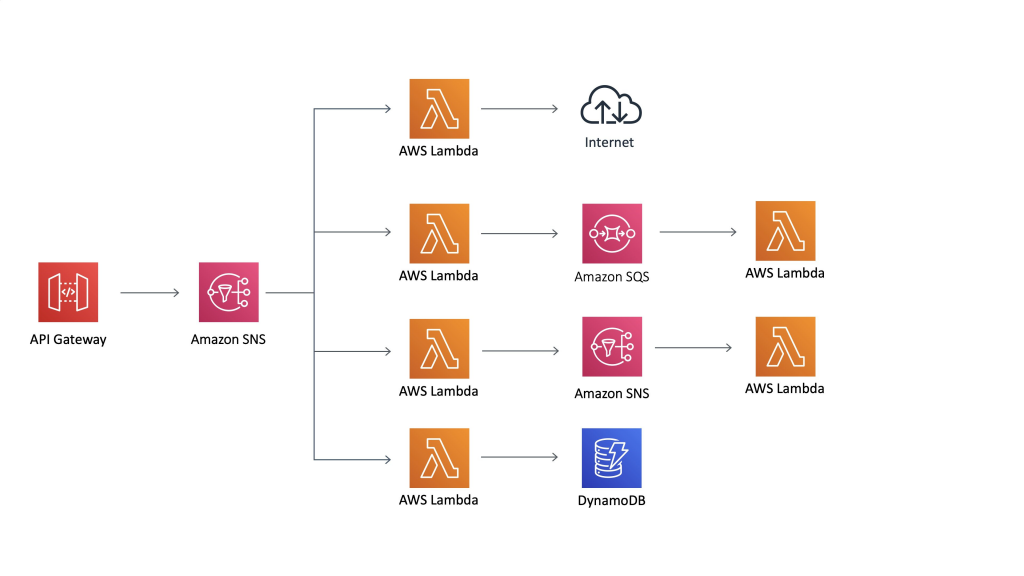 After this pattern has been deployed, a service map will be generated in X-Ray showing the interconnectivity between the different resources deployed. (Your map may look slightly different than this one.) 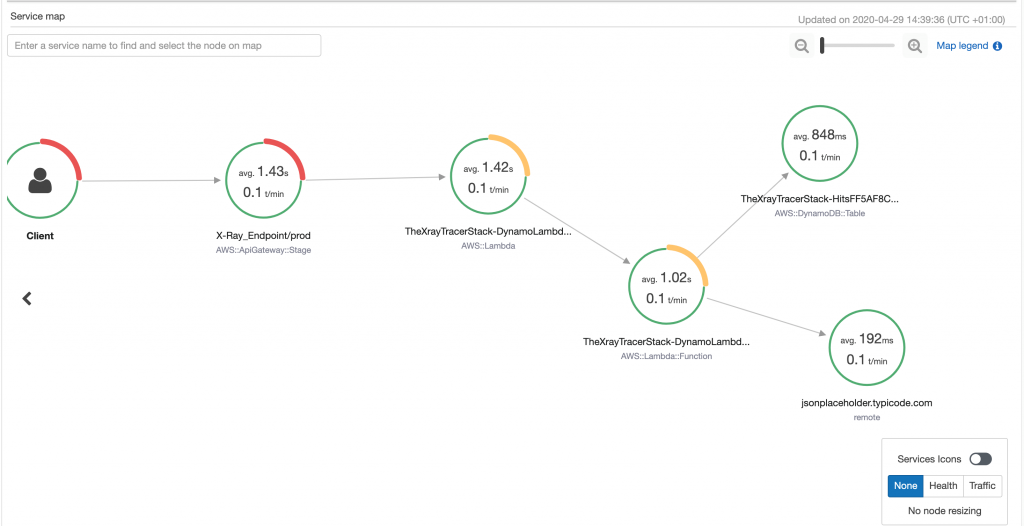 This pattern will provide you with an API Gateway endpoint you can use to trigger the flow and see the results in near real time in the X-Ray service map. The pattern also includes an SSL Certificate error in a Lambda function that connects to an external HTTP endpoint. When this happens, you can see the error in the X-Ray service map. You can then go into the trace details, which shows the specific error:

All of these patterns are now available at CDK Patterns under the MIT License. There are currently 17 serverless patterns available in both Typescript and Python, and you can find CDK patterns by any of the five Well-Architected Pillars.

You can also reach out to Liberty IT about this project on Twitter as well as contribute either directly or on GitHub.