The feedback that we have received from our customers since then has been heart-warming.  Customers love the MySQL compatibility, the focus on high availability, and the built-in encryption. They count on the fact that Aurora is built around fault-tolerant, self-healing storage that allows them to scale from 10 GB all the way up to 64 TB without pre-provisioning. They know that Aurora makes six copies of their data across three Availability Zones and backs it up to Amazon Simple Storage Service (Amazon S3) without impacting performance or availability. As they scale, they know that they can create up to 15 low-latency read replicas that draw from common storage. To learn more about how our customers are using Aurora in world-scale production environments, take some time to read our Amazon Aurora Testimonials.

Of course, customers are always asking for more, and we do our best to understand their needs and to oblige. Here is a look back at some recent updates that were made in response to specific feedback from customers: 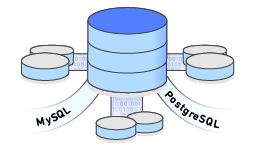 In addition to the feature-level feedback, we received many requests for additional database compatibility. At the top of the list was compatibility with PostgreSQL. This open source database has been under continuous development for 20 years and has found a home in many enterprises and startups. Customers like the enterprise features (similar to those offered by SQL Server and Oracle), performance benefits, and the geospatial objects associated with PostgreSQL.  They would love to have access to these capabilities while also taking advantage of all that Aurora has to offer.

Today we are launching a preview of Amazon Aurora PostgreSQL-Compatible Edition. It offers all of the benefits that I listed above, including high durability, high availability, and the ability to quickly create and deploy read replicas. Here are some of the things you will love about it:

Performance – Aurora delivers up to 2x the performance of PostgreSQL running in traditional environments.

Cloud Native – Aurora takes full advantage of the fact that it is running within AWS. Here are some of the touch points:

Here’s how you access all of this from the RDS Console. You start by selecting the PostgresSQL Compatible option: 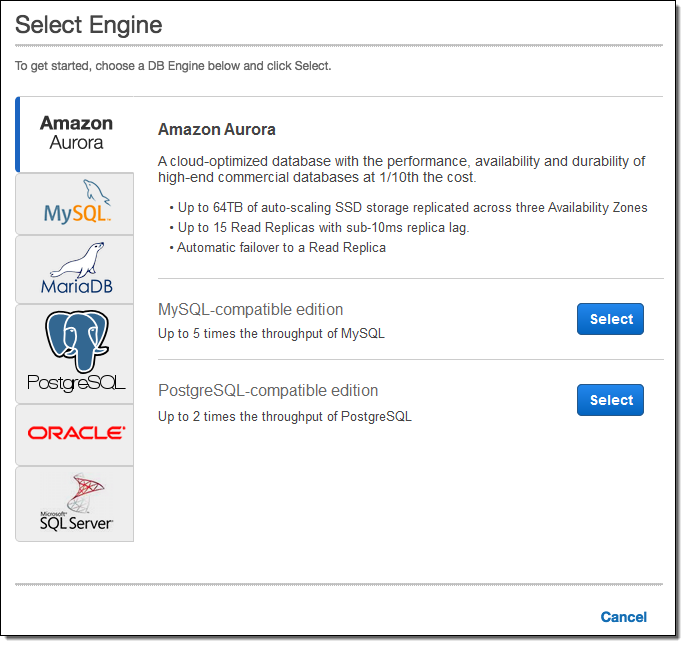 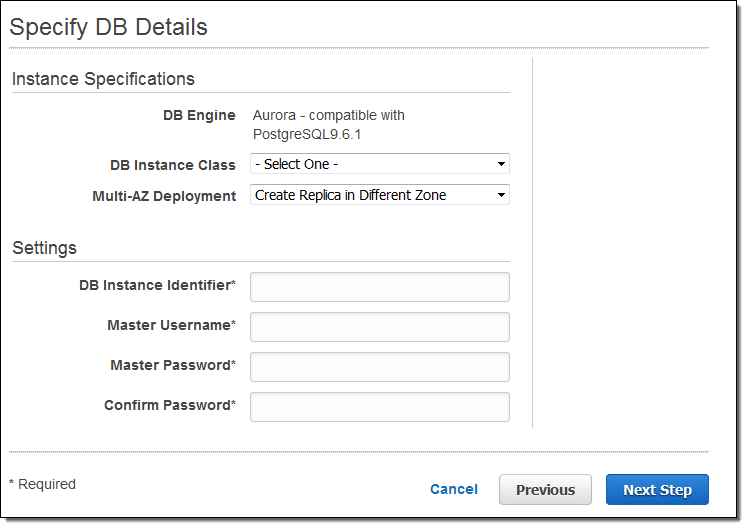 We are making a preview of PostgreSQL compatibility for Amazon Aurora available in the US East (N. Virginia) Region today and you can sign up now for access!

PostgreSQL was run using 45K of Provisioned IOPS storage consisting of three 15K IOPS EBS volumes striped into one logical volume, topped off with an ext4 file system. They enabled WAL compression and aggressive autovacuum, both of which improve the performance of PostgreSQL on the workloads that they tested.

David & Grant ran the standard PostgreSQL pgbench benchmarking tool. They used a scaling factor of 2000 which creates a 30 GiB database and uses several different client counts. Each data point ran for one hour, with the database recreated before each run. The graph below shows the results:

David also shared the final seconds of one of his runs:

They also shared a per-second throughput graph that covered the last 40 minutes of a similar run:

As you can see, Amazon Aurora delivered higher throughput than PostgreSQL, with about 1/3 of the jitter (standard deviations of 1395 TPS and 5081 TPS, respectively).

David and Grant are now collecting data for a more detailed post that they plan to publish in early 2017.

Coming Soon – Performance Insights
We are also working on a new tool that is designed to help you to understand database performance at a very detailed level. You will be able to look inside of each query and learn more about how your database handles it. Here’s a sneak preview screen shot:

You will be able to access the new Performance Insights as part of the preview. I’ll have more details and a full tour later.

Update! We have a webinar coming up on January 16th. Register for it here.