This post is written by Siarhei Kazhura, Solutions Architect.

Many customers have to integrate with external APIs. One of the most common use cases is data synchronization between a customer and their trusted partner.

There are multiple ways of doing this. For example, the customer can provide a webhook that the partner can call to notify the customer of any data changes. Often the customer has to poll the partner API to stay up to date with the changes. Even when using a webhook, a complete synchronization happening on schedule is necessary.

Furthermore, the partner API may not allow loading all the data at once. Often, a pagination solution allows loading only a portion of the data via one API call. That requires the customer to build an API poller that can iterate through all the data pages to fully synchronize. 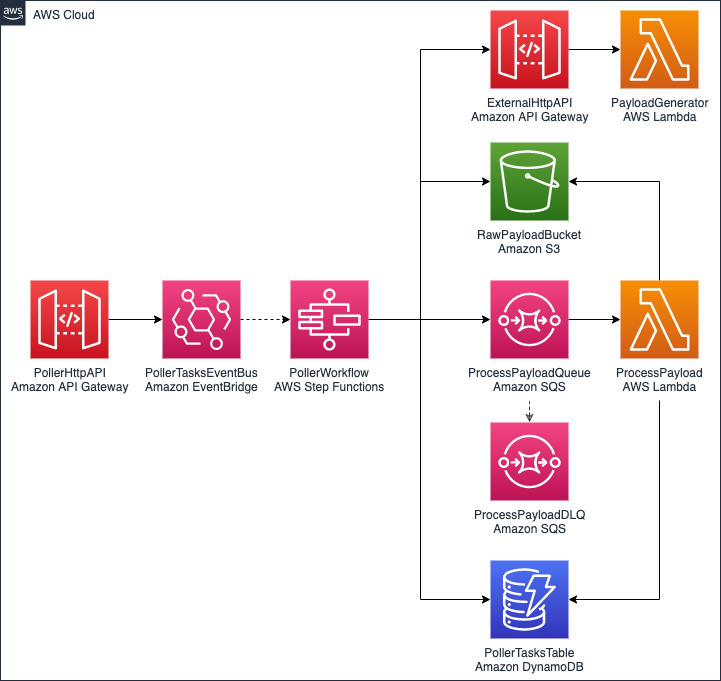 The application consists of the following resources defined in the AWS SAM template: 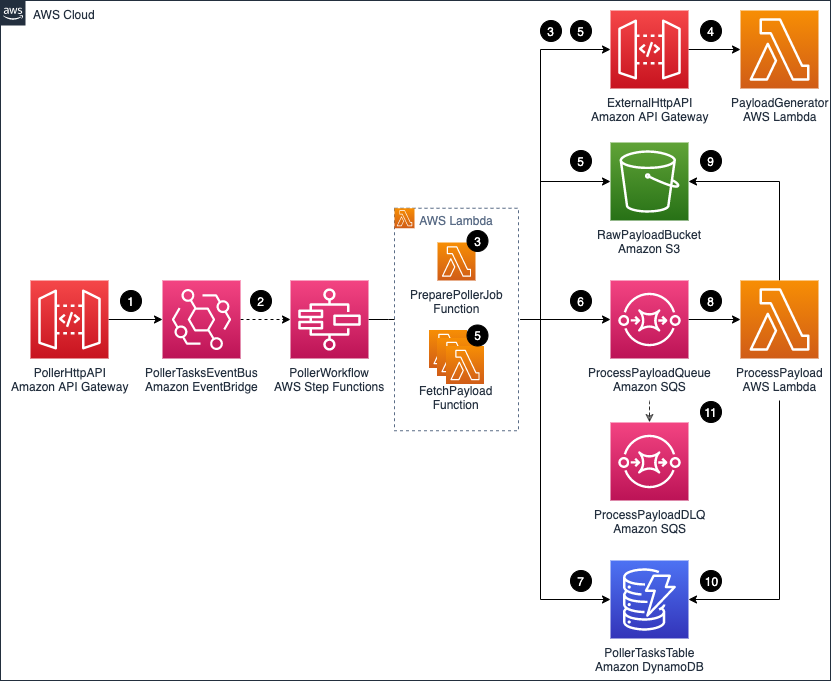 When the API poller runs: 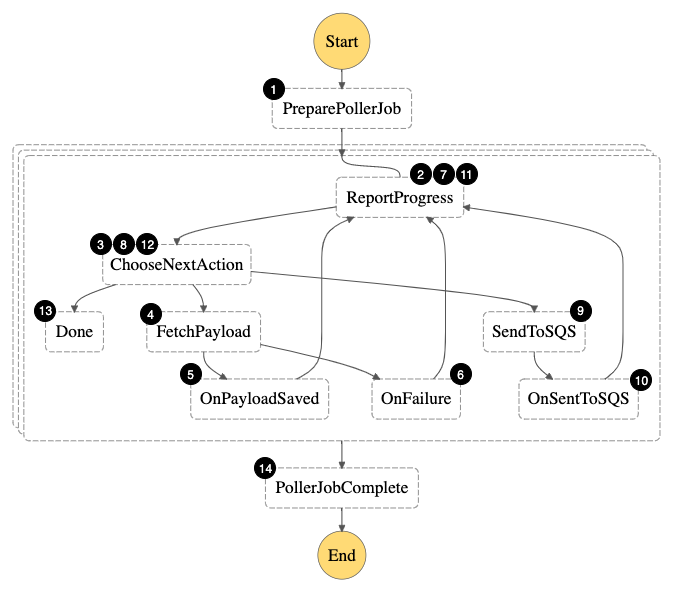 Prerequisites to implement the solution

The following prerequisites are required for this walk-through:

You can use AWS Cloud9, or your preferred IDE, to deploy the AWS SAM template. Refer to the cleanup section of this post for instructions to delete the resources to stop incurring any further charges.

For Step Functions, this example uses the Standard Workflow type because it has a visualization tool. If you are planning to re-use the solution, consider switching from standard to Express Workflows. This may be a better option for the type of workload in this example.

This post shows how to use Step Functions, Lambda, EventBridge, S3, API Gateway HTTP APIs, and SQS to build a serverless API poller. I show how you can deploy a sample solution, process sample payload, and store it to S3.

I also show how to perform clean-up to avoid any additional charges. You can modify this example for your needs and build a custom solution for your use case.