AWS invested in content creators in a big way in 2021 when it launched Amazon Nimble Studio, a new service that empowers creative studios to produce visual effects, animation, and interactive content from storyboard sketch to final deliverable, entirely in the cloud. With over 50 AWS services under the hood, Nimble Studio helps content creation professionals by providing the infrastructure needed to set up virtual workstations, storage, and a render farm. Nimble Studio launched with support from important industry partners such as Chaos Group, Blackmagic Design, Foundry, NVIDIA, Qumulo, SideFX, Wacom, and Weka IO.

Along with Nimble Studio, the animated short film Spanner also launched. Spanner was created by an internal team called FuzzyPixel, whose mission is to test AWS technology to ensure that it can withstand the rigors of real-world production. FuzzyPixel used the underlying AWS technology that is now in Nimble Studio to create Spanner. The team has also made some of the assets created for Spanner available on GitHub to help get you started and test Nimble Studio.

Once Nimble Studio launched, the team was able to learn and iterate the service based on feedback from customers. As a result, there have been a number of updates since launch that centered around ease of use and making Nimble Studio faster.

A big area of focus was on the virtual (artist) workstations front. The top request from customers was faster startup times, so a public preview release for persistent workstations launched. This feature enables artist workstations to maintain the workstations volume, including application updates and data, which improves daily startup times allowing artists to get up and running faster. Additional updates to workstations include a new admin view for streaming sessions and an update to the Nimble Studio API.

There have also been updates to StudioBuilder that make it easier to set up Nimble Studio on Linux with Linux Home Directory and automation for Amazon FSx for Lustre, as well as added support for the Los Angeles Local Zone. Speaking of StudioBuilder, Nimble Studio improved the experience of creating a completely custom studio without the need to use StudioBuilder.

The team also noticed that some customers were spinning up new workstation launch profiles only to realize that the setup wasn’t quite right. This caused delays in getting the value of Nimble Studio to artists, requiring that administrators spend additional time fixing the configuration to get the studio set up. To help address this, administrators can now test their new launch profiles before spinning them up.

Administrator view in Nimble Studio for performing a test launch

On the rendering front, you can now utilize usage-based licensing (UBL) for AWS Thinkbox Deadline within Nimble Studio. Updated guides are available on how to set up Qumulo and Weka IO, which makes it easier to use your preferred file system with Nimble Studio.

The team has seen quite a bit of enthusiasm from media, with awards from TV Technology, TVBEurope, and Fast Company, as well as customers like Pop Family Entertainment, who use Nimble Studio in production. Pop Family Entertainment presented a session for AWS re:Invent 2021, discussing their use of Nimble Studio for the upcoming animated feature film based on the Being Betty Flood children’s books. The entire session, A New Reality for Content Production, is now available on-demand.

There is much more to come. AWS will continue to improve the customer experience for visual effects (VFX), animation, editing, and game development workflows, making it easier and faster for creative professionals to deliver content while focusing on what they do best. 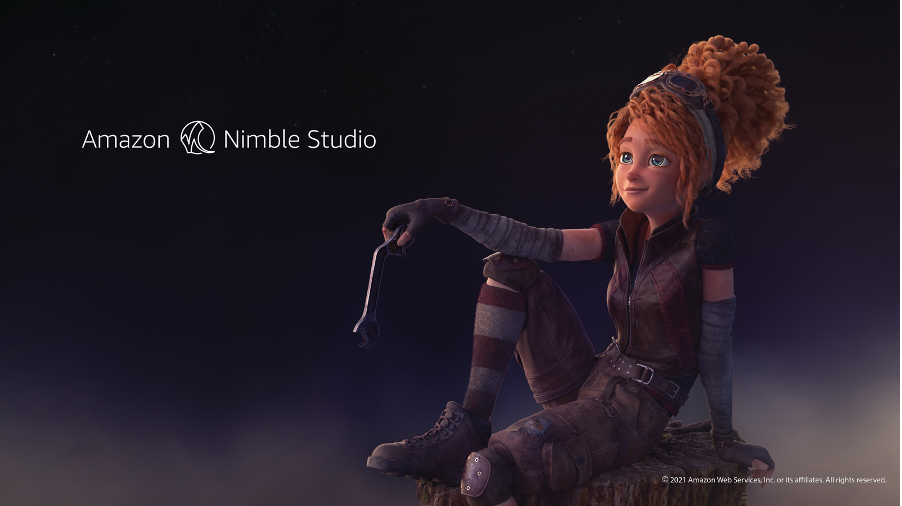