Glo is a subscription wellness platform, based in Los Angeles with an online video library of more than 4000 classes in yoga, meditation, and Pilates, taught by top instructors from around the world. The sessions can be streamed, downloaded, and viewed via iOS or Android apps and on the Glo website.

In 2020, the world had to find new ways of keeping fit while indoors. Along with their free trial period, Glo also rapidly deepened its support of the community by offering free access to an ongoing selection of relevant yoga, meditation, and Pilates classes. The uptick in demand was huge. Thankfully, the tools were already in place and it was an easy transition.

“Our customers started telling us they would love a live experience to help them feel more connected with our teachers. And it can be a lot more relatable when you realize these top yoga teachers are in the same position in their homes as everyone else. Also, we don’t want teachers to have to get on an airplane unnecessarily,” explains Neil. Fortunately, the same week Glo proposed its live classes, AWS announced AWS Elemental Link, a new hardware appliance that allows anyone, anywhere to stream video to the cloud. It’s designed to be a cost-effective solution that’s easy to use, even for non-technologists.

In preparation for the live classes, Glo sends Link devices to its teachers, along with a camera and microphone combination, making the setup virtually a plug-and-play experience. An instructor simply plugs in the AWS Elemental Link device to power, network cable, and the camera via HDMI and they are done.

The video feed is automatically sent by Link directly to AWS Elemental MediaLive where the Glo team in LA can produce the show. The live yoga session is then packaged via AWS Elemental MediaPackage and distributed via Amazon CloudFront to audiences all over the world.

“Link has allowed us to really simplify the setup for the teacher, but to maintain control on our end,” says Farabaugh. From initial conversations with AWS to getting up and running with the beta version of the new setup took only two weeks – and the live streaming was taking place shortly thereafter. Neil adds: “As a director of engineering, I generally don’t like to have a heavy reliance on a single service, but with AWS, we feel comfortable with the reliability and support.” Glo has seen not only a transition in its business model, but in how people are thinking about their wellness routines and where it happens, as well as a deeper engagement with video content.

Learn more about how AWS customers, including Discovery, FOX, Riot Games, and Rock & Roll Hall of Fame, use the cloud to create innovative and engaging services for their viewers, while also improving the scalability and reliability of their business operations in me. Magazine Issue 2. 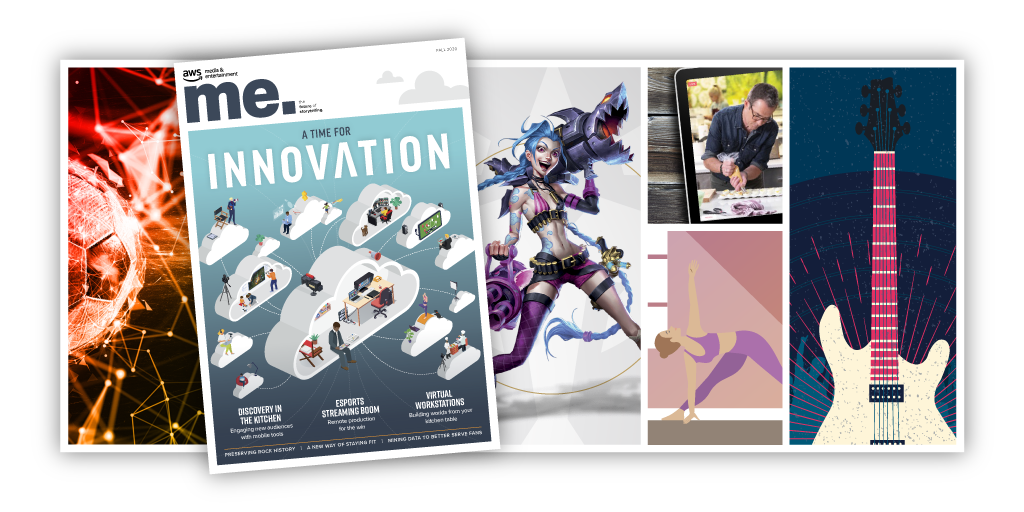