Finding the right tools to build sustainable cities: how the cloud can help 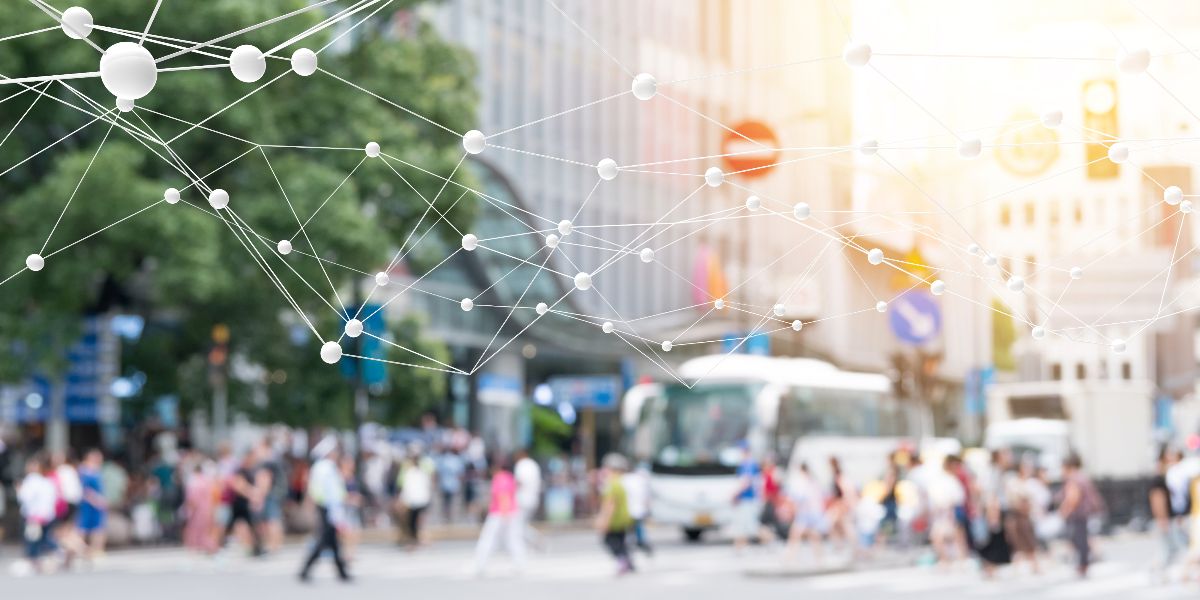 Cities and towns are the original networks. For thousands of years, municipalities have linked to other nearby settlements and, through them, the rest of the world. Now, it’s time to use technology to transform our cities and improve standards of life in our communities.

I was recently a member of the Governing the Twin Transition: Transforming Today’s Challenges Into Future Opportunities virtual panel organized by Open & Agile Smart Cities at the Tomorrow.City conference. The twin transition refers to green transformation and digital transformation, both global issues that are realized at the local level.

Dana Eleftheriadou, head of the advanced technologies and digital transformation team at the European Commission (EC), was also on the panel and put things clearly in perspective. Cities occupy three percent of the world’s land but are where 75 percent of people live. They generate 80 percent of global GDP, are responsible for 80 percent of world energy consumption, and generate more than 70 percent of greenhouse gases. Clearly, any environmental or social change is going to involve cities.

Eleftheriadou summed it up, saying, “[Cities are] hubs for diversity and citizen engagement. These are where European and national policies come through. They are really implemented on the ground.”

Transforming the way cities deal with environmental challenges means giving them the power to understand what’s going on, the resources they have, and how to best use those resources to maximum effect. That’s something I’ve seen at AWS, as we’re working with municipalities all over the world to help them make digital transformation a reality.

For example, Transport for London uses AWS to better understand its network of routes and vehicles, but also uses open data to share information, which has resulted in the development of thousands of apps that help commuters use the network. And in Japan, Tsukuba City is using blockchain technology on AWS to support their elections platform, with a focus on the United Nation’s Sustainable Development Goals.

Earlier this year, we announced the winners of the AWS City on a Cloud challenge, which rewarded the most innovative projects making a positive impact on our societies. One of these was the Transport for West Midlands air quality solution running on AWS. By repurposing existing data feeds from the police plate recognition platform, Transport for West Midlands is able to analyse engine type and classification in order to build a clearer picture on the effects that congestion has on air quality. Learn more about these innovative projects.

These examples are inspiring, however implementing digital transformation programmes is not without its challenges. First, cities need to implement such transformations cost-effectively. Secondly, they need to make sure that the solution itself doesn’t have a negative environmental impact.

The cloud helps address these challenges. By building solutions in the cloud, cities can save on hardware and development costs. They can get solutions running quickly, by testing continuously and quickly discarding the failed experiments to innovate faster. By paying for only the resources they need, only when they need them, budgets go further.

There are a lot of great initiatives going on, but a common theme I heard expressed on the panel was that cities—especially small and medium-sized cities—have limited resources, so the ability to work with and learn from other cities is one of the biggest benefits to help drive digital transformation. This can involve sharing tools they’ve developed, sharing data, or joining interoperable systems to get a bigger picture. Lieven Raes, smart city advisor on Belgium’s Digital Flanders initiative, said there is a need for affordable and available data on a large scale. “Large cities can create their own systems, but we need everyone to have data available. We need networks and cooperation and that means being interoperable.”

And that brings us back to the power of the network. Cities do not exist in isolation—they never have. Helping cities better understand themselves and work seamlessly with other cities to learn, grow, and prosper together is something that will benefit us all. That’s important work and work we’re proud to be a part of at AWS.

We’d be happy to help you get your projects off the ground—feel free to reach out to the AWS team anytime.