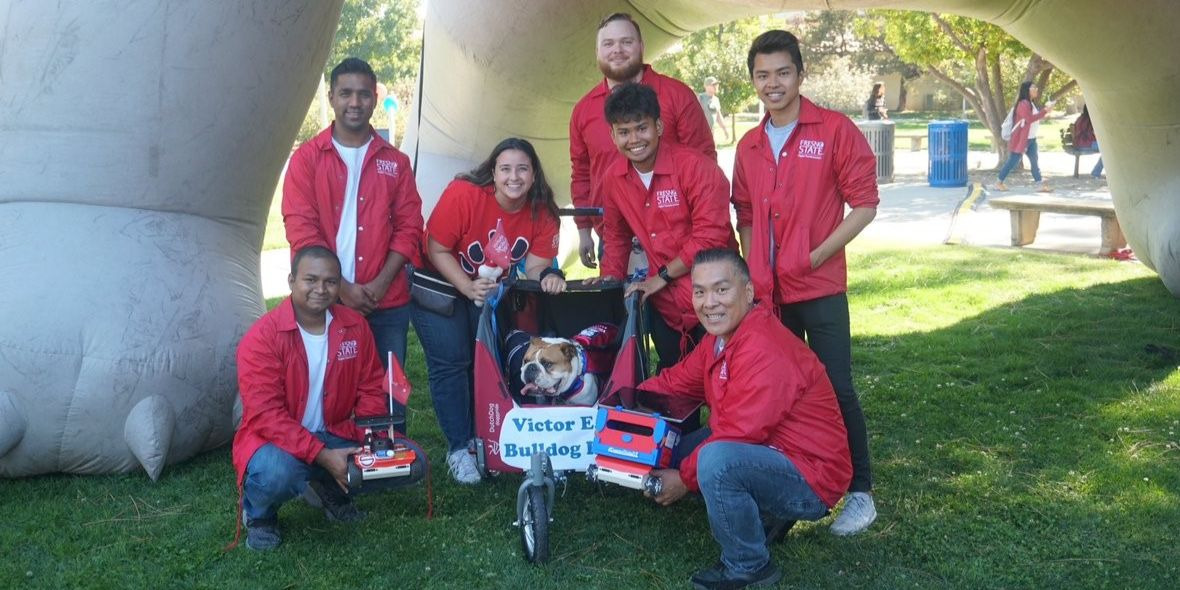 The Hub of Digital Transformation is committed to providing students real-world experience with technological innovation, including AWS Cloud services. In 2019, they took on an innovation initiative centered on AI and robotics to improve convenience and accessibility for students. The Bulldog Autonomous Bot team, which includes current students and recent graduates, aimed to develop an application to improve awareness and usage of different campus resources and services in a new digital medium that could communicate intuitively with any user.

“I already knew how to work with AI and image processing, but never got to use it in real-world projects. With AWS RoboMaker, I was finally able to build real-life applications,” said Shifatul Islam, teammate and Lead Intern Developer at Technology Services, Fresno State. “AWS RoboMaker is the future coding environment for robotics. It makes the development process much easier, because we don’t have to worry about our laptops or device performance.” 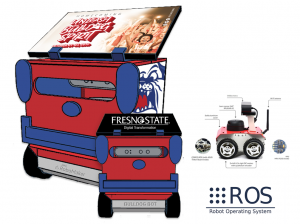 The team documented their workflow to build the Bulldog Bot including:

“AWS RoboMaker has been an instrumental tool for the success of Fresno State’s new Autonomous Robots innovation initiative,” said Max Tsai, Innovation Architect and Coordinator of Digital Transformation. “This service provides a seamless platform for intelligent robot development, simulation, deployment, and fleet management with the only requirement being a web browser – including the support of the processor hungry AI integrations.”

The Hub of Digital Transformation will continue exploring opportunities for student engagement in areas of AI and ML, computer vision, and robotics to motivate and inspire students to learn and innovate in the AWS Cloud. Recognizing a learning curve that instructors and students face in learning cloud computing and developing robot applications, the Hub of Digital Transformation plans to extend these efforts to offer AWS Cloud competency workshops for the Fresno State community. These workshops will be available to students, faculty, staff, and community members across the Central Valley who have an interest in exploring AWS RoboMaker and other AWS services.