by Rahul Aggarwal, Director of Engineering at BlackBuck, and Venkatramana Ameth Achar, Solutions Architect at AWS

BlackBuck, India’s largest trucking platform, is a digital freight marketplace for shippers and truckers to conveniently discover each other, providing services such as FASTag (an electronic toll collection system), fuel cards, GPS devices, and insurance, among others, to efficiently manage their fleet. BlackBuck’s business and users have grown rapidly from a few thousand users on the platform to more than 1,000,000 users. With the goal of becoming the world’s largest technology-driven trucking platform, maintaining a data-driven approach, as well as strategic product improvements, put Blackbuck well on its way.

BlackBuck started as a freight marketplace and later expanded into managed services, a shift that brought new sources and formats of data. Data stakeholders include:

BlackBuck’s technology stack has evolved from a monolithic architecture to 100+ microservices and platform components to meet performance, scalability, cost, and feature needs. Each microservice can have different technology choices and nuances around data storage and retrieval, hence it became increasingly complex to build data-centric applications. BlackBuck needed to build a platform that would enable it to quickly build and deploy data heavy and machine learning (ML)-based applications.

The former architecture used a self-managed Presto cluster with read replicas of databases from different applications. However, this structure was difficult to scale, requiring costly additional Presto nodes or upsizing read replicas. It also lacked support for streaming use cases, third-party data ingestion capabilities, or governance around schema upgrades. Changes would also need to be made to support cost attribution and data science use cases, such as feature generation, model training, and orchestration.

BlackBuck set out to build the new platform with clear design considerations in mind: supporting ease of data ingestion and with strict governance, an open data lake with fact generation and high query performance, real-time stream processing, and avoiding any cost surprises. 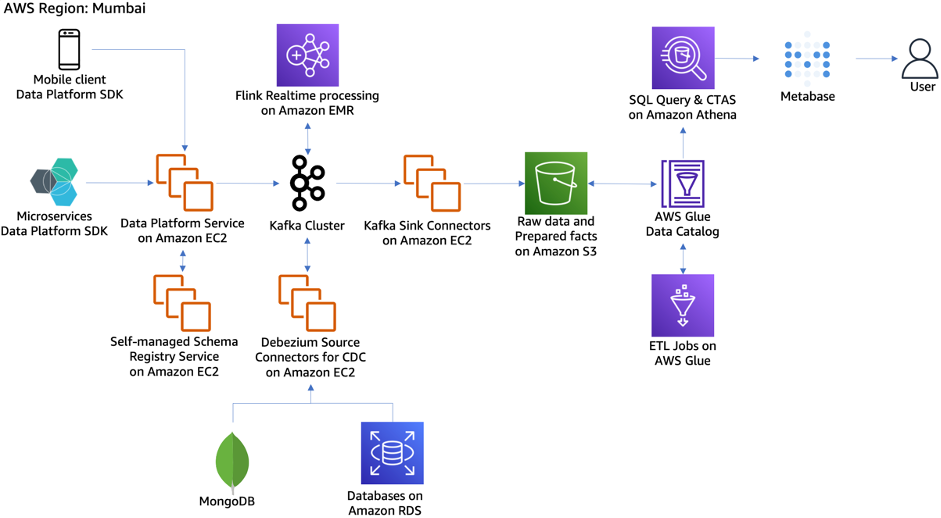 The next step was to build a data science platform that enabled the data science team to explore the data from different sources, and quickly build, train, and deploy models into production. 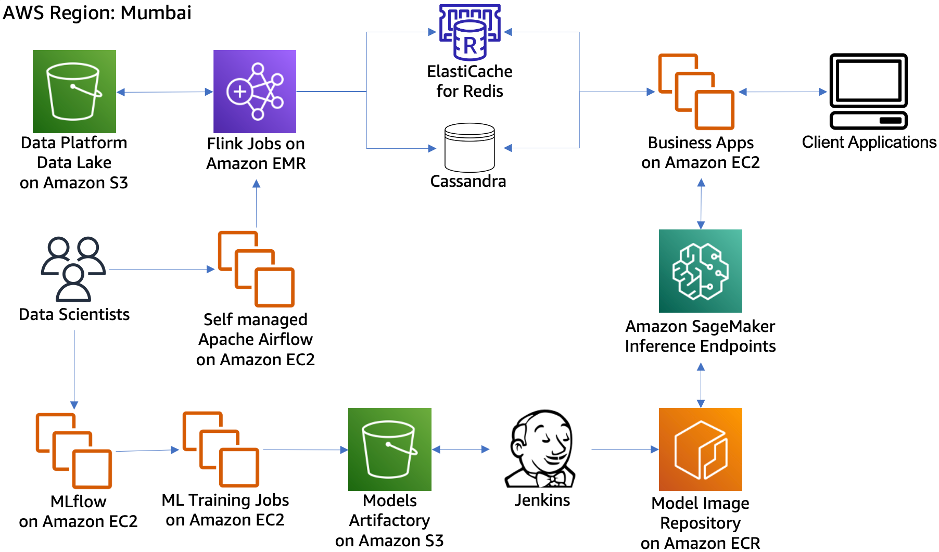 The major source of data to figure out relevancy for a user are the click streams from the users’ activity on the app, location data from FASTag swipes and GPS devices, bookmarked favorite routes by the users, and the transactions done by the user on the platform. Learning to Rank (LTR) supervised ML model is used to solve ranking problems.  For LTR, we use a Discounted Cumulative Gain (DCG) based cost function, which is a measure of ranking quality, measures the usefulness, or gain of a load on its position in the result list. The result is further refined based on user’s historical and real-time activity. When a user searches for loads or opens the find loads sections, an API call is made to Amazon SageMaker. The inference from SageMaker is used to show ranked loads on the app.

The new scalable data platform and data science platform gives BlackBuck a unified view of all our data and makes it easier for us to build and deploy analytical, reporting, and ML use cases. As a result of this implementation:

Looking ahead, real-time querying, building and training models at scale, and rich visualizations and dashboards will continue to help BlackBuck use open-source technologies to take data and delight our customers.