How Qubole optimizes cost and performance by managing shuffle data

Ad hoc analytics, data exploration, data engineering, and machine learning (ML) workloads are often run at a massive scale and require significant computing power, which can be costly. Amazon EC2 Spot Instances, which enable you to use unused Amazon EC2 computing capacity in the AWS Cloud, offer up to 90% in savings over On-Demand Instances. With their incredible savings potential, EC2 Spot Instances are effective for many workloads. However, EC2 Spot Instances (spare capacity) can go away as demand for Amazon EC2 increases, so data that is being processed may be left stranded. That data may need to be “shuffled” to other Amazon EC2 instances to continue processing. Providing a mechanism to offload and eventually access this data in a high-performance shared file system helps reduce costs and improve performance. 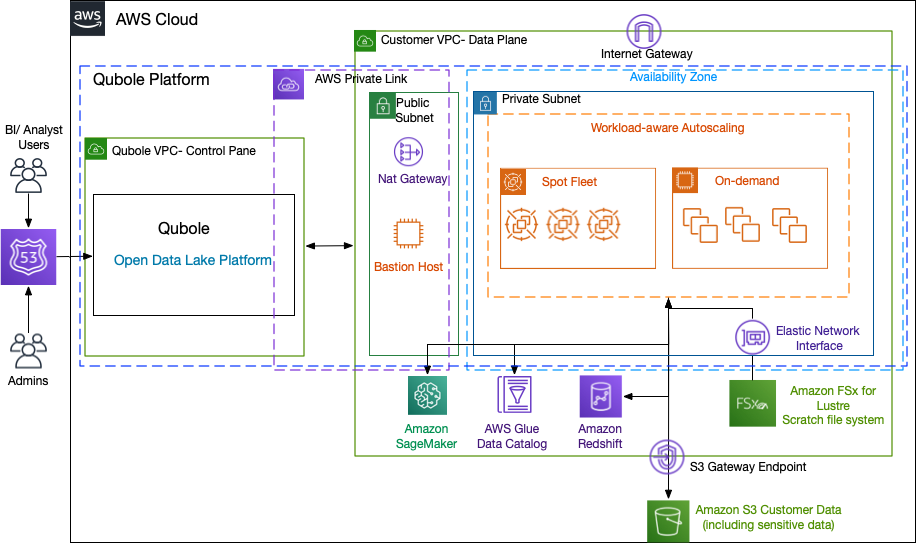 Ad hoc, machine learning, and data engineering workloads on distributed processing engines generate “state,” or intermediate data known as “shuffle data” as a part of the Directed Acyclic Graph (DAG). Local disks or block storage such as Amazon EBS can persist this temporary output required by subsequent tasks for further processing. This phenomenon of storing temporary data in ephemeral storage or EBS volumes creates a tight coupling of shuffle data with compute (EC2). This tight coupling results in the following issues:

Stateless machines powered by Qubole and FSx for Lustre

To best deal with shuffle data, Qubole now integrates with FSx for Lustre. In addition to its workload-aware autoscaling benefits, FSx for Lustre enables the platform to decouple the ‘state’ from the ‘machine’ and provides a place to store the shuffle data.

FSx for Lustre is a high-performance parallel file system that provides sub millisecond latencies, up to hundreds of gigabytes per second of throughput, and millions of IOPS. FSx for Lustre enables users to define striping. Striping can be configured across multiple objects storage targets (OSTs) to spread read and write requests across those OSTs, thereby increasing aggregate throughput and IOPS. Along with striping, next-generation high network bandwidth EC2 instance and optimal sizing of an FSx for Lustre file system, enabled Qubole to achieve similar performance to local disks. Qubole also noticed the following benefits by offloading shuffle data to FSx for Lustre:

In the next section, let’s look at how the tests were performed to reach the preceding conclusions:

These are the specifications for the workload used in the experiment:

Qubole conducted these experiments using the industry-standard benchmark TPC-DS query20.sql. This command reads data from three different tables and processes them across mapper and reducer stages. The command is broken into a total of 7 stages (Map 1–3 and Reducer 1–4) as shown in the query plan in Figure 2, and total time taken for query completion (without Spot Instance interruption) is 8 minutes. 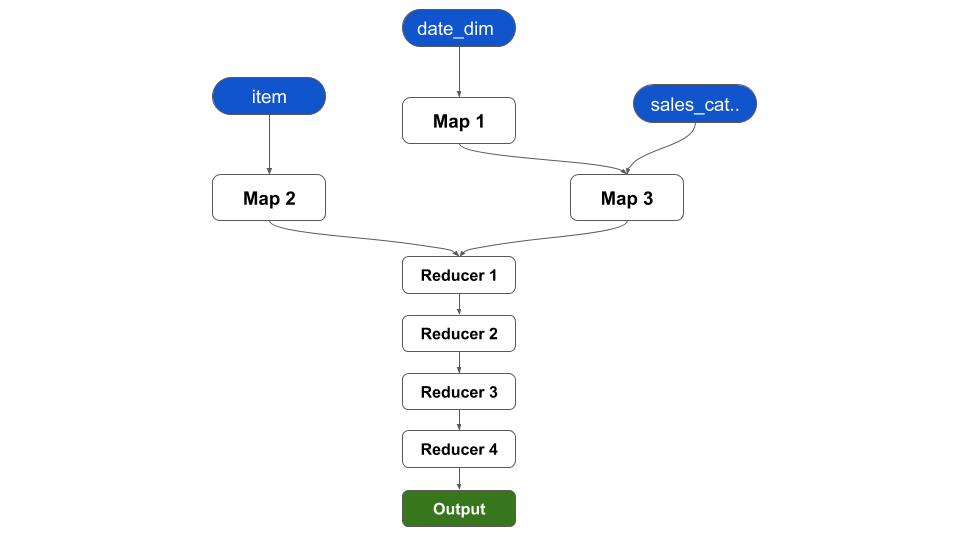 Without FSx for Lustre

To understand the impact on the query execution time and cost, Qubole terminated compute instance #1 right before stage 7 execution began, as shown in Figure 3. This stimulated an Amazon EC2 Spot Instance interruption scenario. This instance (instance #1) stores output data from each of the stages 1–6. As a result, recomputation of the entire job is required to generate the data that is needed by stage 7 as shown in Figure 3. This takes an additional 16 minutes. 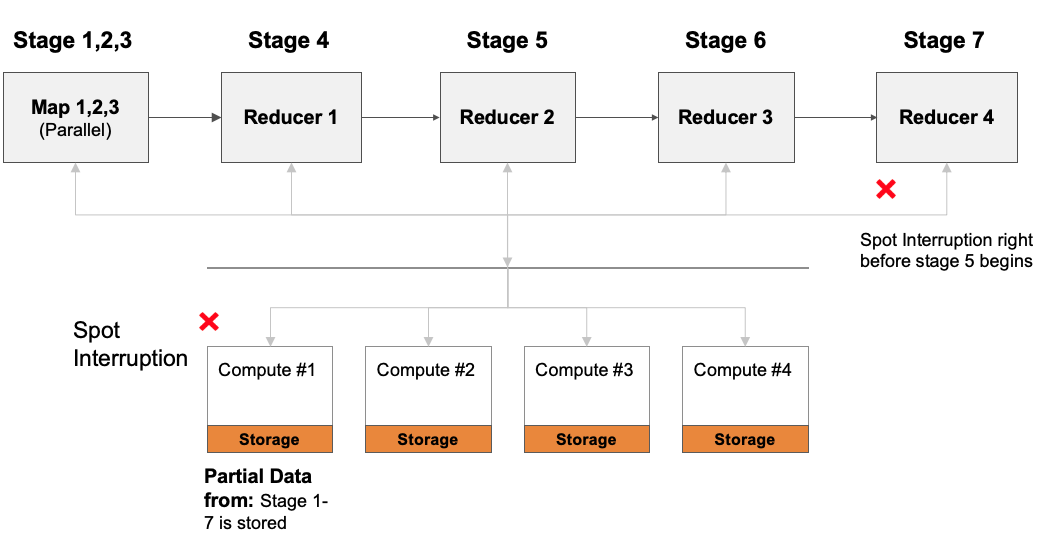 Figure 3: Each of the instances store a part of the output from all of the stages

With FSx for Lustre

At Qubole, FSx for Lustre is used as a shared file system, and the shuffle data is backed up. As a result, when Spot Instance interruption occurs, stage 7 checks for output data from stage 6 and if not available, directly reads from FSx for Lustre as shown in Figure 4. This process eliminates the need to recompute the data. This saves about 16 minutes of execution time, and only takes an additional (and negligible) 500 milliseconds to fall back and fetch output data from FSx for Lustre.

Qubole’s customers on AWS can now leverage Amazon FSx for Lustre and Qubole’s open data lake platform together to reduce their compute cost and minimize shuffle data re-computation. They do not have to pay to maintain idle EC2 instances or underutilized EBS volumes, and do not have to worry about shuffle data re-computation due to Spot Instance interruption. Instead, Qubole now uses FSx for Lustre to store and process shuffle data using its parallel, high-performance file system, avoiding up to 68% in cost and improving performance by 3x. These benefits derived from using FSx for Lustre enable Qubole and AWS customers to budget and save (time and money) more effectively – further facilitating innovation and improvement of the customer experience.

Thanks for reading this blog post and learning more about how APN Partner Qubole uses Amazon FSx for Lustre to improve its compute performance and save costs. If you have any questions or comments, please don’t hesitate to leave them in the comment section.