For the second year, Scratch and the Amazon Web Services (AWS) Educate program built a new activity for Code.org’s Hour of Code, the annual global event to introduce students to computer science. Held annually during Computer Science Education Week on December 9-15, the Hour of Code is designed to demystify “code,” show that anybody can learn the basics, and broaden participation in the field of computer sciences.

The Scratch activity builds upon the 2018 Hour of Code collaboration where students grade two and older brought characters to life in Scratch, using text-to-speech technology through Amazon Polly. This year, enhancements include the ability to: give the animations instructions with text-to-speech; make animations take actions like dancing; change the background to appear to be underwater; and pose questions with different outputs based on a student’s choice. 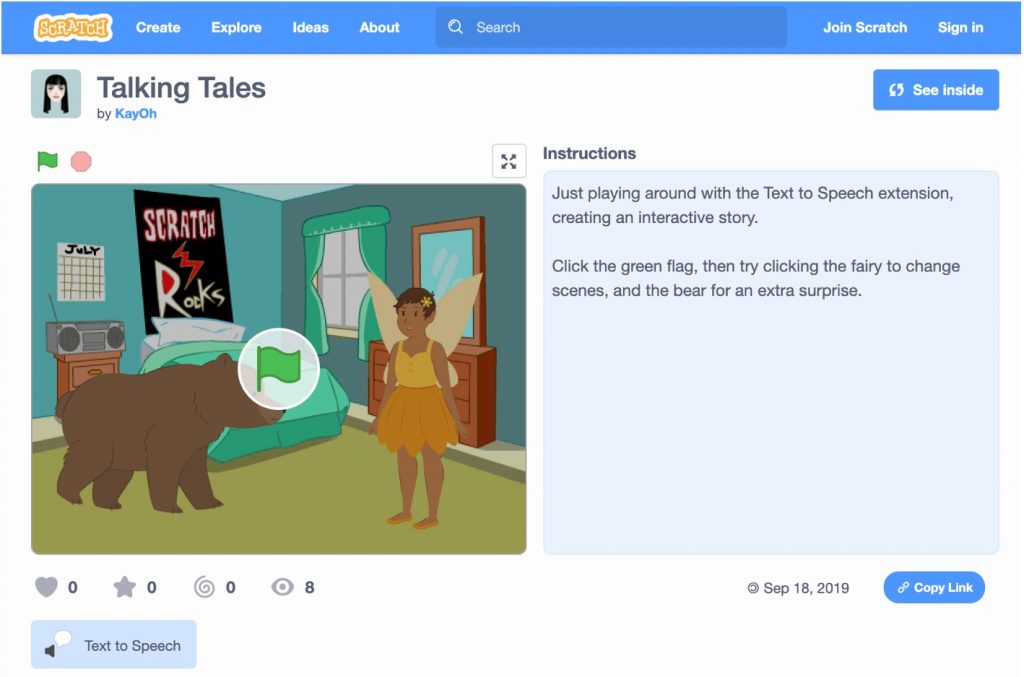 Since the initial Scratch activity was created in 2018, over five million student projects have been created, over 250,000 projects were shared with the Scratch online community, and over 79 million requests have been made to Amazon Polly[1].

“We’re working hard to reach students in schools and across the globe, which requires the active design of instructional materials that are appealing to a diverse group of students,” said Alice Steinglass, President of Code.org. “I applaud the collaborative efforts of Scratch and AWS Educate in generating this new content to help further drive successful outcomes during the Hour of Code.”

[1] According to internal Scratch study and analytics