To reap the benefits of cloud computing—including increased agility, just-in-time provisioning of resources, and accelerated delivery of new features to market—organizations cannot simply take their existing applications and architectures in their legacy on-premises environment and move them as-is to the cloud.

This type of cloud migration is commonly referred to as “lift and shift” and organizations that use this approach miss out on what’s made cloud computing so transformative for the innovative companies that have fully embraced it.

True cloud modernization enables you to move data and simultaneously apply the latest innovations in development methodologies, architectural patterns, and technologies to refresh your portfolio of existing applications.

In this post, we describe solutions that companies use to modernize by migrating their data from legacy databases to MongoDB Atlas—a leading general-purpose, document-based platform—on Amazon Web Services (AWS). MongoDB is an AWS Partner with the Data & Analytics Competency that helps AWS customers around the world rapidly innovate and accelerate vital cloud modernization projects.

True Cloud Modernization Requires More Than a “Lift and Shift”

Lift and shift is limited in its ability to transform businesses because it continues to rely on outdated, legacy technologies and architectures that limit flexibility and slow productivity.

Applications built as monoliths cannot benefit from the cloud’s ability to scale out dynamically. This is because functional components are tightly coupled and unable to scale independently and according to function. Monolithic applications also generally have long dev/test/release cycles that don’t benefit from the cloud’s ability to provision and deploy resources as rapidly as needed.

In contrast, in a microservices architecture, the discrete functions can be developed and released by independent development teams, allowing them to work rapidly and without dependencies. Microservices can be scaled independently, making the architecture more cost efficient and responsive to increased demand.

Legacy relational databases are also limited in their ability to fully achieve the agility and scalability of a document model database like MongoDB. Legacy relational databases were not built to scale horizontally. Sharding data to handle large data volumes and ensure lower latency is typically a significant manual effort that requires custom application logic to query across multiple shards and aggregate results.

In contrast, document databases like MongoDB are built to be distributed and to handle sharding transparently to the developer. With MongoDB, no application code changes are necessary when an application has to scale out from a 10MB to a 500TB dataset.

Additionally, rigid relational schemas often require downtime and significant application code updates to make even simple modifications like adding a new data attribute. In MongoDB, entities are modeled as documents that map naturally to the same objects that developers are used to working with in their programming languages. This removes the need for a complex object-relational mapping layer, and allows developers to build and release new features quicker.

Replacing Your Relational Database with MongoDB

At the solution architecture and engineering level, the need to modernize means meeting the demands of the business at scale, at speed, and within budget. It means reimagining the architectures and technologies that underlie applications. As a document-based database, MongoDB is an excellent choice to get users started on their journey.

As an assumed storage layer, relational databases inhibit the ability to efficiently scale, add more complexity to modelling, and slow down developer productivity. Alternatively, the flexibility and scalability of a document-based database like MongoDB is perfectly suited for a microservices architecture.

Whether organizations are dealing with the migration of a specific application, full mainframe offload, or vendor lock-in scenario, MongoDB on AWS is the more productive and cost-effective choice.

Below, we observe some common patterns for how MongoDB on AWS is used. For a more general treatment of other patterns, check out MongoDB use cases.

MongoDB Atlas on AWS: A Reference Architecture for Modernization

When you decide to modernize, the first step is to move your data to MongoDB’s document database. There are two ways to do this: through a one-time data migration, or an ongoing real-time data synchronization.

Either way, a transform layer must be built in a format that makes sense for APIs and enables you to model your data in a collection. AWS tools help faciitate both migration options.

You can use AWS Database Migration Service (AWS DMS), Apache Sqoop, or Spark SQL’s JDBC connector to extract data from the source and store it in Amazon Simple Storage Service (Amazon S3) temporarily. AWS Glue or custom Spark jobs can then transform the data and load into MongoDB Atlas.

MongoDB has a native Apache Spark connector which can store Spark DataFrames as collections.

Change data capture (CDC) tools like AWS DMS CDC, Debezium, or Qlik Replicate are used to capture the changes, which can then be pushed to message queues like Confluent or Amazon Managed Streaming for Apache Kafka (Amazon MSK).

Users can write custom transformation jobs using Java or Python which can consume the data from the message queue, transform it, and push it to MongoDB Atlas using native drivers.

AWS CloudFormation can be used to provision all the components, while Amazon CloudWatch handles monitoring. Amazon Managed Workflows for Apache Airflow (MWAA) will help with orchestrating all the workflows.

Why Developers Prefer Modernizing with MongoDB

MongoDB has become a sought-after database for building out APIs for modern application development, according to Stack Overflow. Here are some of the reasons:

In addition to the core database requirements, MongoDB has listened to their user community and built out a broad portfolio of data platform tools to accelerate developer productivity and open up new use cases for extracting value from their data in MongoDB.

Here are some of the newer products and capabilities:

These capabilities greatly simplify matters for IT shops looking to modernize their applications. Now, let’s look at MongoDB Atlas on AWS specifically.

Why MongoDB Atlas on AWS?

MongoDB Atlas is well integrated into the AWS environment, as shown in Figure 4. The document-based database works seamlessly with AWS products. To learn more about the common integration and project requirements, see Managed MongoDB on AWS. 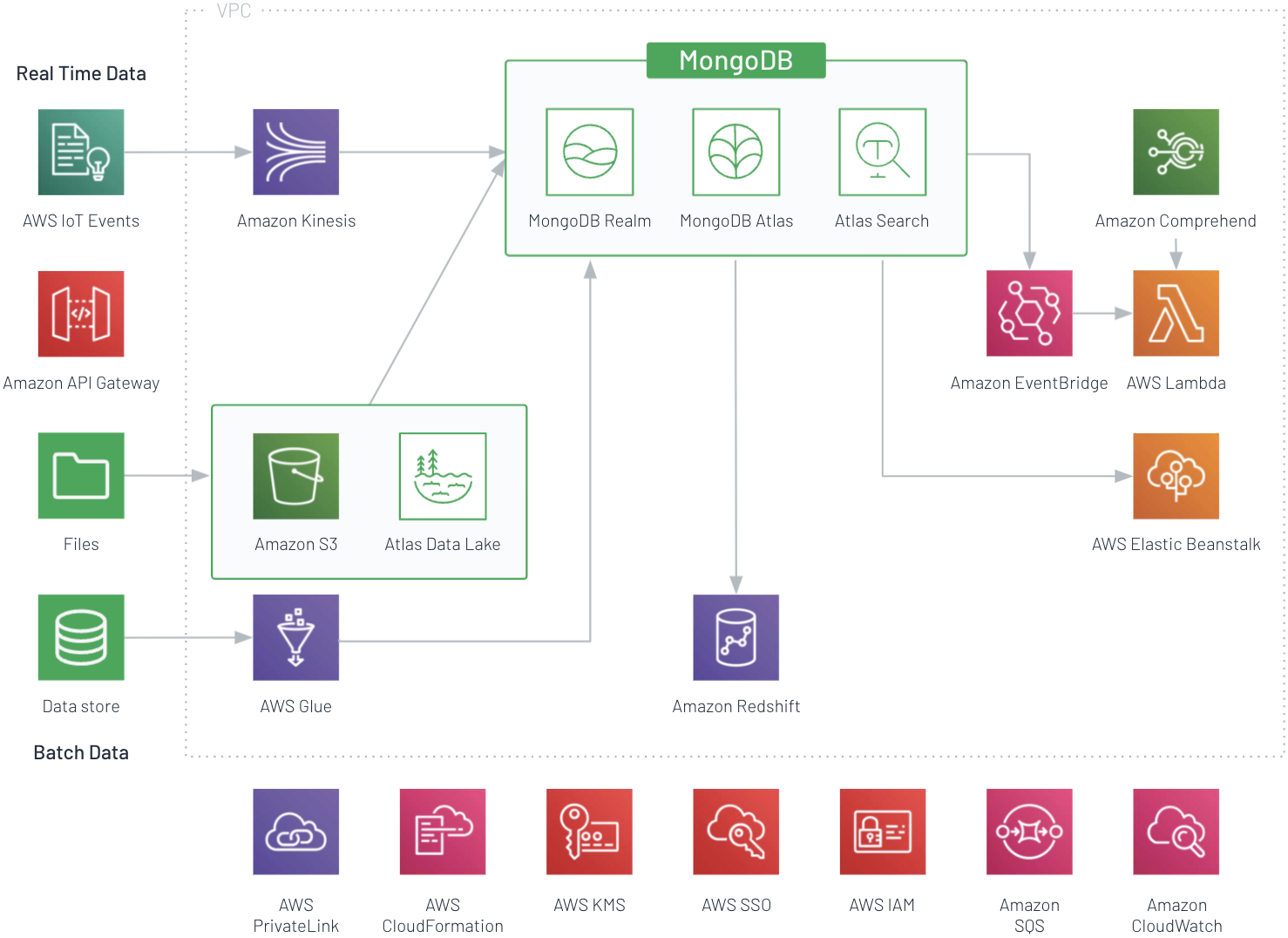 Figure 4 – MongoDB and the AWS environment.

Atlas significantly reduces the day-to-day work required for maintenance tasks like monitoring and backups. Backups in Atlas are automated by default, achieving a recovery point objective (RPO) down to one minute. Atlas offers monitoring of 100+ metrics at the database and system levels in the admin user interface (UI) in addition to providing alerting and integration with third party observability tools like DataDog.

MongoDB Atlas ensures your MongoDB cluster is secure and resilient from the start. Setting up a highly available cluster with automatic failover, even distributed globally and across multiple cloud providers, is as simple as making a few selections in the Atlas UI or an Atlas API call.

Finally, MongoDB Atlas offers services and tools beyond the core database that developers typically need in their applications.

Instead of incorporating numerous other technologies into the architecture and designing and maintaining integrations to those products, Atlas offers many of these services along with your core database cluster.

For example, instead of standing up a separate search engine and creating migration jobs to sync data between the database and search engine, MongoDB Atlas provides a Lucene-based, full-text search engine queryable through the same MongoDB Query Language (MQL) used to query the database.

MongoDB Atlas provides significant value as a fully-hosted and managed database-as-a-service to offload the burden of operations, maintenance, and security to the world’s leading MongoDB experts. It also offers services like Atlas Search, Realm, Atlas Data Lake, and more to make MongoDB Atlas the most comprehensive data platform in the market.

Together, AWS and MongoDB help customers reap the full benefits of cloud computing, including increased agility, just-in-time provisioning of resources, and acceleration of release cycles. Move beyond a “lift and shift” approach and migrate enterprise-level mainframe applications to new, leading-edge architectures and databases today.

To learn more about how MongoDB Atlas is integrated with AWS, see the following resources:

MongoDB is an AWS Competency Partner. Their modern, general purpose database platform is designed to unleash the power of software and data for developers and the applications they build.