Amazon Game Tech provides tools and services that empower game developers, helping them craft innovative experiences that delight their customers. These services include Amazon Lumberyard, a free AAA game engine, Amazon Alexa, a cloud-based voice service, and Twitch Developers, solutions from Twitch that extend the lifecycle of entertainment beyond the screen.

So how do you get started?

Amazon Lumberyard is a free, source-available game engine that can produce AAA-quality games. It’s the engine behind Amazon Game Studio’s The Grand Tour Game and the upcoming MMO, New World. If you’re looking for maximum customizability and scalability without the typical royalties or seat fees, then this might be the engine for your next game project.

The Grand Tour Game in Lumberyard

Lumberyard’s powerful Component Entity workflow gives you the ability to assemble objects in their games without any coding. Game developers can create their gameplay logic using Script Canvas visual scripting, Lua, and C++. You can also deploy an entire game backend with AWS, including analytics, defect reporting, leaderboards, speech recognition and more, in hours instead of days or weeks using Lumberyard Cloud Gems.

While Lumberyard is still in beta, improvements are being made based on feedback from the developer community and from teams that are shipping games on Lumberyard. This is your chance to shape the game engine you want to use.

Build the future of live entertainment

You probably know Twitch as the global gaming community of over 15 million daily active users, but Twitch also offers game developers tools for every stage of their development and game lifecycle. Twitch Developers tools build interactive experiences, capture viewer and streamer analytics, and more — and with the potential to make your game go viral. 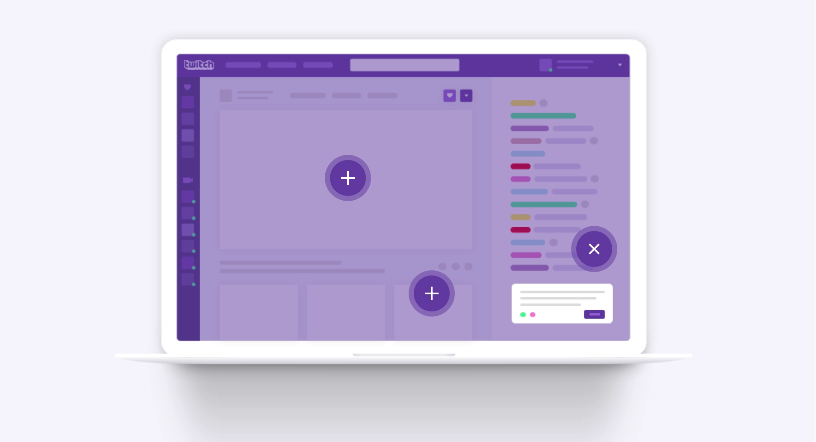 When people are streaming your game, they want to have the same experience as what they’re watching. Twitch Developers offers tools and solutions to build interactive experiences that get players into your game and keep them engaged. By building Twitch Extensions like leaderboards, polls, or other custom extensions, you can create engaging experiences between streamers and viewers. You can also understand your streamer and viewer behaviors better with Twitch Insights, a Twitch analytics solution to inform your game content and marketing plans.

Give your game a voice

You probably know Alexa as your home voice service that sets your alarm, turns lights on, adds necessities to your grocery list, and even tells a few jokes.

But when Alexa has free time after making you more productive, Alexa is a gamer, too. You can now add voice to achieve your wildest gaming ideas with Alexa technology and reach players through tens of millions of Alexa-enabled devices.

So what can you do with Alexa? Bring game companions to life, like Destiny 2’s Ghost and Assassin’s Creed Odyssey’s Alexios, by creating an Alexa skill and integrating into your game. Or create games for Echo buttons, which deliver fun multiplayer experiences using light and button presses. You may even be looking to further monetize your game and can create skills for consumables, subscriptions and more.

Alexa Skills Kit (ASK) includes everything you need to get started  – a collection of self-service APIs, tools, documentation, and code samples – so you can reimagine game experiences for your players.

Whether you want the tools to build AAA-quality games, create voice experiences, or reach an audience of millions of players globally, Amazon’s solution of Game Tech developer tools can help at every stage. Learn more about how to get started with Amazon Game Tech at https://aws.amazon.com/gametech/why-game-tech/.