How Dead by Daylight survives the test of time using AWS

Join us on May 20, 2020 at 9 am PT / 5 pm UTC+1 for the AWS Game Tech: The Digital Download online event for the latest in game development. Register for free now »

The games industry is increasingly investing in games that people play for longer and engage with more deeply.

To get there, games are hitting marketplaces much faster and are iterated upon to regularly introduce new experiences that keep players coming back for months, or in Behaviour Interactive’s case, years.

Montreal-based developer Behaviour Interactive is one of the largest independent game studios, with close to 600 employees worldwide and over 70 million games sold on every platform. In 2019, its most successful IP, the award winning Dead by Daylight celebrated 12 million players.

Originally launched in 2016, Dead by Daylight is an asymmetrical multiplayer horror game in which one crazed killer hunts four friends through a terrifying nightmare. Players take on the role of both killer and survivors in the deadly game of cat and mouse.

Over the past 4 years Dead by Daylight has continued to entertain and terrify its players, introducing new features for them to enjoy. In its latest update, Dead by Daylight has unveiled ‘Cursed Legacy’, a brand-new chapter for the game. Available December 3, this add-on unlocks a killer, Yamaoka Kazan, a survivor, Kimura Yui, an exclusive cosmetic for her, and a map, the Sanctum of Wrath.

We caught up with Head of Technology at Behaviour Digital, Fadi Beyrouti, to learn how Dead by Daylight has grown over the years, and how they keep up with such an aggressive release cycle:

“We originally wanted to get Dead by Daylight out to players as soon as possible, so we launched with a minimal feature set on PC via Steam in 2016”, Fadi began.

At this point the game was available on a single platform, and had slimmer technology needs. Fadi explained, “the heart of Dead by Daylight is intrinsically multiplayer. All of our technology requirements fed from that. In the beginning we chose Unreal Engine because of its support for multiplayer games, and used Steam platform services for matchmaking”.

he continued, “We actually launched Dead by Daylight with no backend at all. Using those services the game had a ‘listen server’ networking model where the ‘killer’ was the server hosting the game session, and the ‘survivors’ were the clients, we didn’t need anything else”.

But Behaviour soon realized this wasn’t the optimum experience for players. “The session quality was completely dependent on how good their server connection was. If the killer (server) had a bad connection, the survivors (clients) were heavily penalized. This was frustrating for players that had a lot of lag as it gave the killer a huge advantage”, Fadi shared. 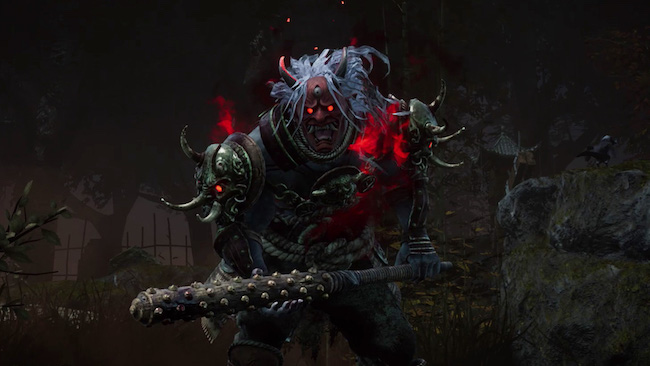 As Dead by Daylight continued to grow, so too did the need for cloud services and a robust backend. Fadi said, “The development journey has been very gradual and iterative. As the game became bigger our needs grew. We ventured onto new platforms like console, we wanted to have more control and support for servers and matchmaking, have more security, a stable data pipeline, save player profile, add an in-game store, the list goes on. Therefore we needed to develop and expand on our own backend services to achieve all this. To do this we knew we could only turn to the cloud, and the obvious, most efficient choice was to use AWS.”

Fadi and the Behaviour Interactive team decided to move Dead by Daylight from listen-server to dedicated servers on Amazon GameLift. “Dedicated servers improved the ping time of the game a lot. With GameLift everything is much faster, making latency much more equal for players. Average ping time is now less than 60ms compared to 120ms with our previous listen server. It ultimately gave them a more fun and fair experience… except the killers who no longer had an advantage over their victims”.

The sheer amount of services AWS has to offer complements Behaviour Interactive’s agile development style. Fadi said, “We now use AWS for player profiles, matchmaking, in-app purchases, and to validate anti-cheat to name a few. We also introduced a state of the art data pipeline. We send data events from our backend through Amazon Kinesis Firehose to Amazon Simple Storage System (S3). This data is transformed using a combination of AWS Glue, AWS Lambda, and Amazon Athena, and then ultimately stored within our data warehouse which uses Amazon Redshift”.

For Fadi, AWS had some obvious benefits, “we could introduce all of those elements without having to completely develop them ourselves. If we had our own infrastructure, we would have also had to maintain it and that would have been extremely inefficient for both costs and development time. Whereas now, we only pay for what we use, and we simply scale up and down capacity based on number of players. It’s extremely reliable”.

He concluded, “We started out with no backend services and almost no cloud usage, to right now where AWS is ubiquitous in our technology. We now have a backend team who are not just experts in game development, they’re experts in cloud technology”.

Cursed Legacy, a brand new chapter for Dead by Daylight recently launched on PC and consoles December 3 2019. Find out more at deadbydaylight.com