How to Integrate the AWS C++ SDK with Unreal Engine

Game developers increasingly require cloud technologies to support their games and provide the best experience to their players. Leveraging cloud services provided by AWS can help with important game components such as managing and deploying game servers, running analytics on various game metrics, and utilizing AI/ML to detect player health and retention. Creating and maintaining all of these systems from scratch can take crucial developer time away from building those fun, innovative gaming experiences that can satisfy and delight players.

For game development, it is important to be able to use AWS with popular game engines such as Unreal Engine. Unreal Engine (UE) is an advanced real-time 3D creation tool for photorealistic visuals and immersive experiences. It has become one of the most widely used engines due to its high graphical fidelity and developer features, making it a popular choice for games as well as other industries such as architecture, film & television, broadcast, live events, animation, & more.

To use AWS services within a game engine such as Unreal Engine, you can use the AWS Software Development Kits (SDKs). The AWS SDK is an easy way to programmatically access your AWS account and its services. It’s used widely by developers to access resources in AWS through their code. Since Unreal Engine scripting is done in C++, we would need the C++ version of the AWS SDK. Additionally, we want to encapsulate it inside an Unreal Engine plugin so that it’s portable to other projects if needed. This blog post will guide you through integrating the AWS C++ SDK with Unreal Engine as a plugin. 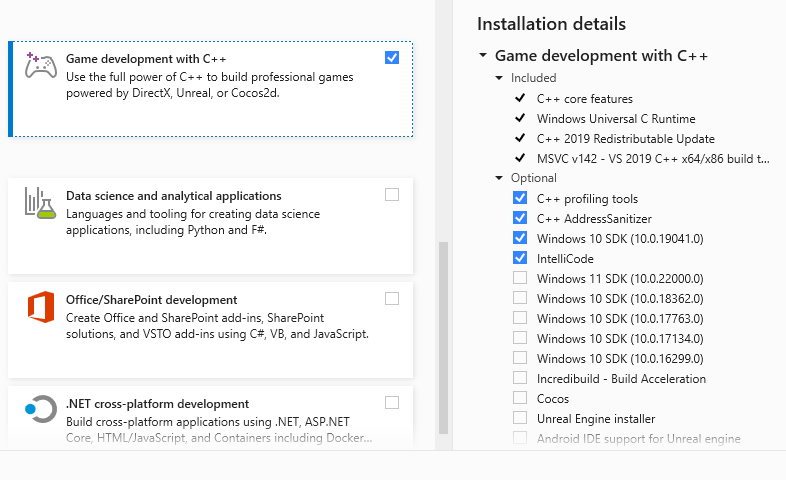 Under “Individual Components” make sure you have installed .NET Core 3.1 (this specific version) and the latest .NET Framework in Visual Studio (any version above 4.6 is fine):

For more information on how to modify your Visual Studio installation see this documentation from Microsoft: https://docs.microsoft.com/en-us/visualstudio/install/modify-visual-studio?view=vs-2022

There are two ways to acquire the AWS SDK for use in Unreal Engine. You can build it from source on your own by downloading the source code from our Github repository or use a package manager like vcpkg. For this guide I’ll be using vcpkg to install the SDK packages.

Creating a Plugin from the SDK

In this section, I’ll be placing the AWS SDK inside of a module that is housed in a plugin. Unreal Engine modules are like the building blocks of your project and can contain code or external dependencies (like an SDK). A plugin is a portable container for modules and other content that is easily transferrable to other projects.

Read more about modules and plugins in the Unreal documentation.

Before we begin, ensure that your project is a C++ project not a Blueprint-only project. You can change this when creating the project like this: 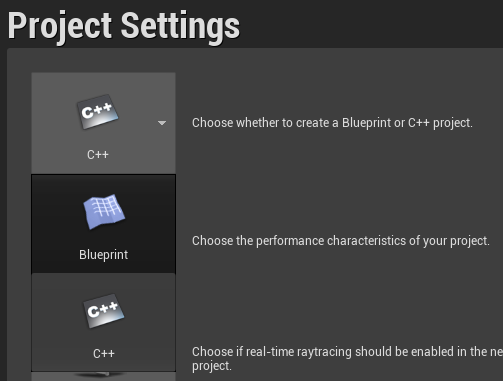 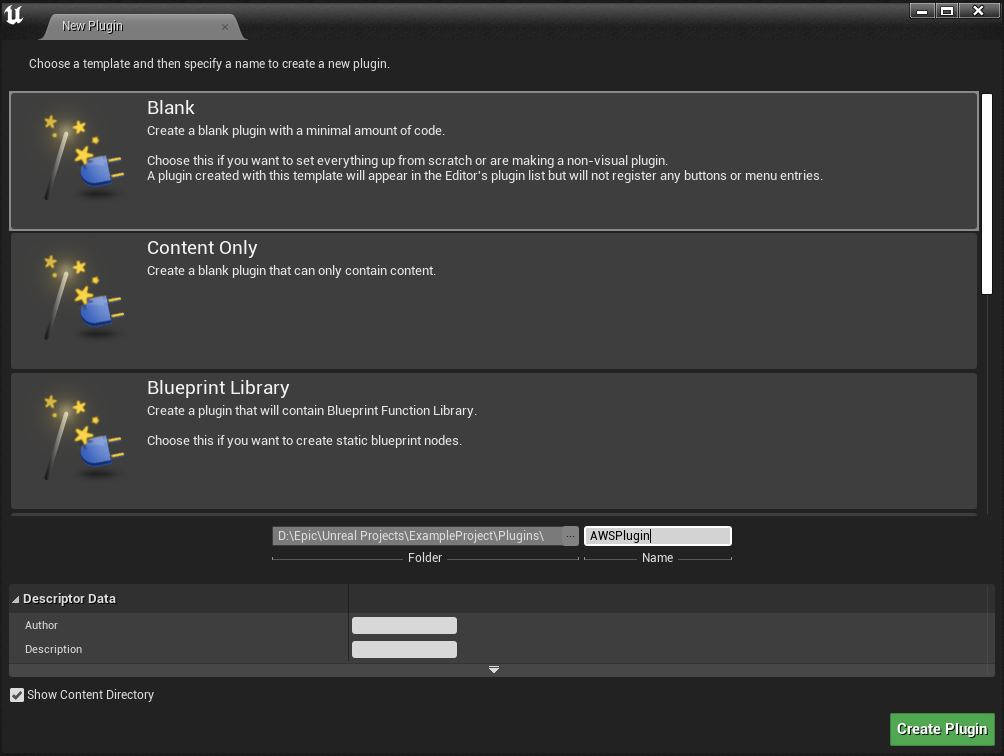 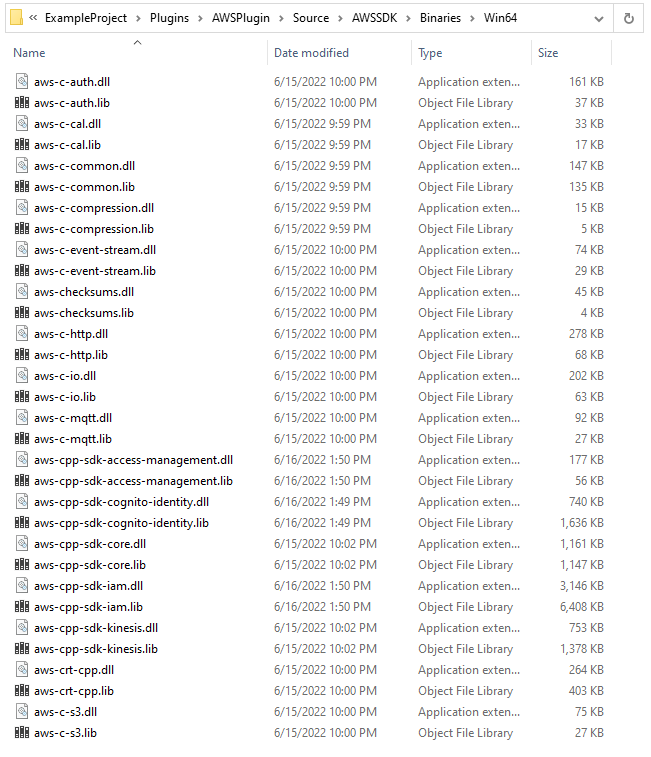 (bEnableUndefinedIdentifierWarnings = false is necessary to get the build working. The AWS C++ SDK naturally generates warnings which will cause Unreal to fail builds, but that’s nothing to worry about)

Create a new C++ Actor in any module where you included the AWSSDK module as a dependency (in the above step, we added it to the main project module). 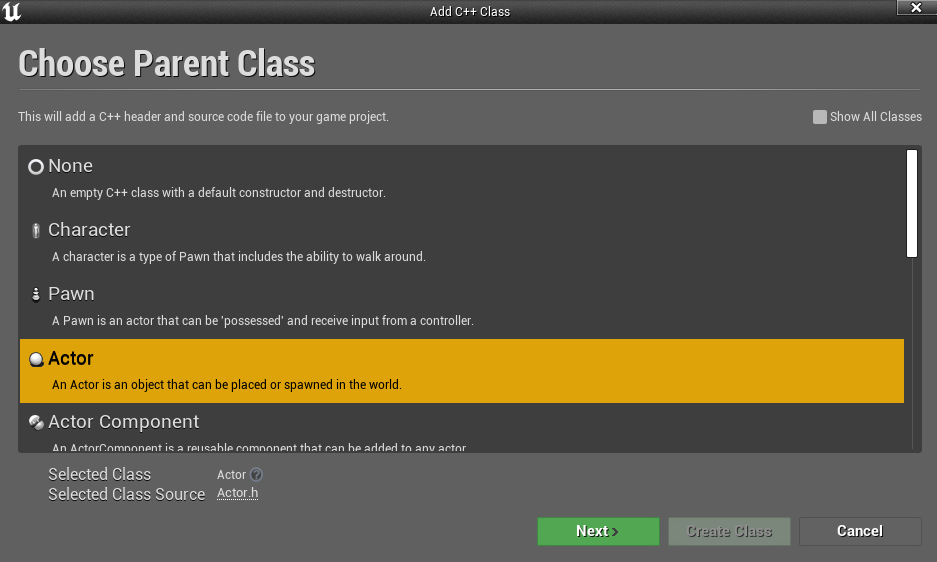 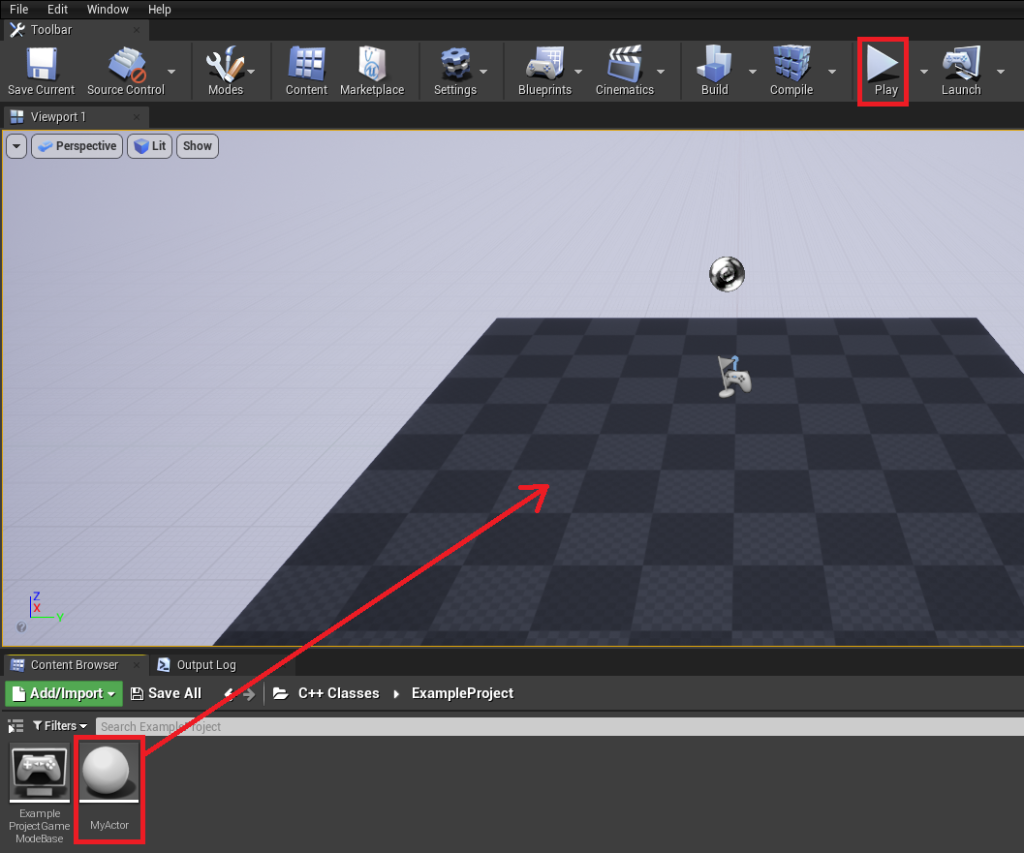 To expand on the actor code refer to the basic SDK use here.

Note: To actually use any service in your AWS account, you will require some form of authentication. You can follow the instructions here to add a credentials file where AWS can use it or generate credentials at runtime with an identity provider like Amazon Cognito. Make sure that if you include a credentials file, it is for development only and not a production environment. NEVER share your AWS credentials. Keep in mind that, while possible to integrate the SDK directly with the game client and is a pattern that is done by developers, a security best practice is to have a layer of indirection between your game client and AWS. To learn more about this, read this blog.

At this point you should have successfully integrated the AWS C++ SDK with Unreal Engine and you can begin using AWS services in your games! For continued learning and reference material, see these additional resources below: