In the Research Spotlight: Edo Liberty

As AWS continues to support the Artificial Intelligence (AI) community with contributions to Apache MXNet and the release of Amazon Lex, Amazon Polly, and Amazon Rekognition managed services, we are also expanding our team of AI experts, who have one primary mission: To lower the barrier to AI for all AWS developers, making AI more accessible and easy to use. As Swami Sivasubramanian, VP of Machine Learning at AWS, succinctly stated, “We want to democratize AI.”

In our Research Spotlight series, I spend some time with these AI team members for in-depth conversations about their experiences and get a peek into what they’re working on at AWS. 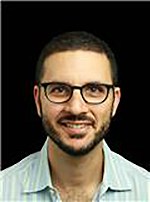 Edo Liberty is a Principal Scientist at Amazon Web Services (AWS) and the manager of the Algorithms Group at Amazon AI. His work has received more than 1000 citations since 2012. You can view his conference and journal publications, patents, and manuscripts in process on www.edoliberty.com, or access his papers on Google Scholar.

Although fully immersed in AI today, Edo shared with me that he originally wanted to be a physicist when he started college in Tel Aviv. “I knew absolutely nothing about computers and I felt I would be a lousy physicist if I didn’t learn to code, at least a little bit.” So, he minored in computer science, “even though I knew I was going to hate it,” he admitted. “But the more I learned, physics became more numerical, technical, and counterintuitive as relativity and quantum mechanics kicked in. At the same time, computer science became less technical and more abstract and beautiful. Computer science stopped being about software, and started being about algorithms and math and complexity and that’s when it became very interesting. I ended up shifting to a major in computer science, and really fell in love with this whole field.”

In 2004, Edo moved to the United States, and completed his PhD in computer science at Yale University, where he started getting into a lot of different types of machine learning, data science, and data mining. He ended up most interested in math and algorithms – specifically, the theory and the algorithms behind big data. “Back then, we were working on hyperspectral images. Every image was about 1½ GB, but my desktop only had 512 Mb of memory. That was big data for me!  But I still needed to analyze the image, so I had to really figure out what to do.”

Edo finished his PhD doing theoretical computer science, and then completed a post-doctorate in applied math. He then opened a startup in New York City, building a distributed video search platform “with lots of algorithms and systems and math, and it was very exciting and a lot of fun.”

In 2009, Edo got an offer from Yoelle Maarek to move to Yahoo Israel to be one of the first research scientists in the new research center there. “That was very exciting for me, because I love starting new things. Maybe it’s my Israeli upbringing – not dissimilar from the American spirit – to be a pioneer and conquer new challenges. When I started, we were just a handful of people. When I left, we were managing a big chunk of the research science that was happening at Yahoo. It was a really exciting time.”

In 2012, Yahoo’s Chief Scientist, Ron Brachman, asked Edo to move to New York to start Yahoo’s Scalable Machine Learning Research Group and help rebuild Yahoo Research in New York. “As I said, I like to build new things, so I couldn’t pass that up!  I relocated back to New York and I began hiring some of the smartest people that I’ve ever worked with.” At some point, however, Edo arrived at the realization that even if he developed the best algorithms, systems, machine learning, and AI for Yahoo, in the end, it was only going to be used by a limited number of individuals. However, “if you develop the best machine learning for AWS, it’s going to be used by everyone! That is very exciting for somebody like me. So I reached out to Alex Smola, who I have known for many years, since I had heard he joined AWS. Two weeks later, I joined the company! This was an adventure that I had to go on. And I haven’t looked back since. It’s been a crazy ride and I still feel like I joined yesterday – and I’m only learning.” (We are still hiring!)

As we continued to discuss his work, Edo explained that currently, as a community, “we have lots of open source tools – some are good and some are not so good and all of them leave a lot to be desired in terms of scale, production readiness, pluggability, usability across different platforms, new kinds of compute and networking, and so forth.” Regardless of whether you are a large or a small company or even an individual, you almost always face a lot of challenges using machine learning algorithms. “We are trying to solve these problems. We at AWS should be able to do better. We should be able to invest enough, bring enough scientists and engineers, and do the right thing, so that we have the most advanced algorithms, the most production-ready, versatile, plug-and-play. Just the best. We believe that is an attraction and a differentiator from other platforms. This is what we’re building. And this is very exciting for me because it sits squarely in the middle of everything I love: data, algorithms, math, engineering and systems-building. And you have to understand them all to get it right.”

Edo and his team have already charted new territory in just the last 6-8 months, working on unifying a lot of ideas and capabilities. He explained, “When you build a system for one or two algorithms, you think in a very specific way. But when you are at AWS, you realize that what you are building will need to run 100s of different algorithms, and it needs to scale” – to support anywhere from one graduate student to Fortune 500 companies. “This makes you think about the problem in a very different way and makes you invent very different things.”

I asked Edo what makes his work with algorithms so challenging. Using an analogy, he explained, “If you ask me to write you a song, a melody, the end result isn’t right or wrong. It’s subjective. In some sense, deep learning, for example, is like that. There’s no correct answer. There is some quality that you measure: How good the classification is, or how good the agent is able to, say, play a game, or predict behavior. But if I ask an algorithm to solve a Sudoku puzzle, the result is either correct or incorrect. There’s only one provable correct answer. An algorithm has to have some mathematical properties such that for any data and any circumstance, it actually arrives at the right answer. And that’s a hard thing to do!” He continued, “With deep learning, you don’t know how far you can go. You just keep trying to get better. With algorithms, there are mathematical proofs, so you can theoretically compute what the optimal solution should be (or would have been). Getting as close as possible to what is provably optimal — this is how I measure success for my team. We are operating at the edge of what is theoretically possible.”

As Edo expressed, “Our ambitions are so far ahead of where we are right now. You throw a stone and you hit another brand new, exciting problem that no one in the world knows how to solve. That’s why it’s so fun.”

Edo grew up next to the Mediterranean and enjoys every kind of water sport. He recently moved to Palo Alto, CA, from New York. As an avid kite surfer, he hopes to pick the sport up again!

Victoria Kouyoumjian is a Sr. Product Marketing Manager for the AWS AI portfolio of services which includes Amazon Lex, Amazon Polly, and Amazon Rekognition, as well the AWS marketing initiatives with Apache MXNet. She lives in Southern California on an avocado farm and can’t wait until AI can clone her.

In the Research Spotlight: Anima Anandkumar