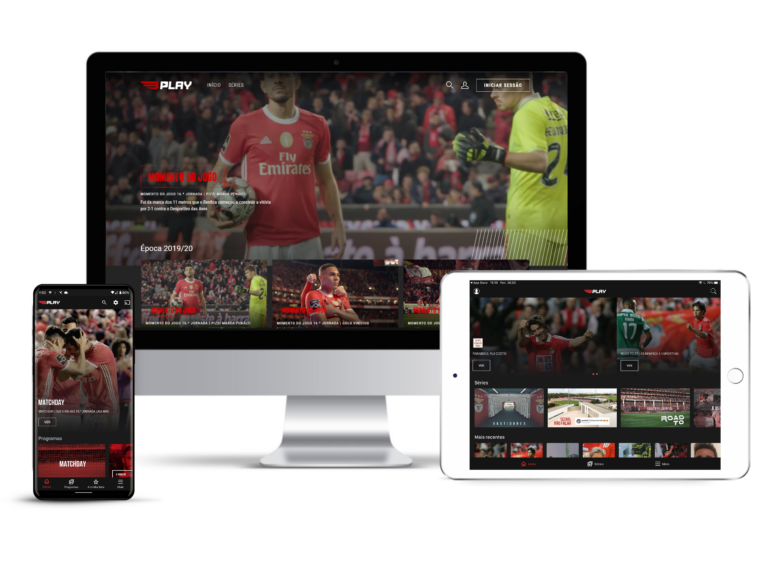 Established in 1904, SL Benfica is the reigning champion of the Portuguese League (Primeira League). The club also boasts the most overall titles of any Portuguese football club. SL Benfica recently became the first football club in the country with its own digital video platform.

With a 240,000 strong fan club, SL Benfica has always placed a great deal of importance on engaging with those fans, with regular updates and discounts on match tickets. Fans in Portugal can access a dedicated linear TV channel that is filled with exclusive content filmed at the club’s own studio by its dedicated team of journalists and cameramen.

While this content is great for engaging local fans, the club has a huge following worldwide and was therefore looking to increase engagement with its global fan base while giving viewers access to exclusive, never-seen-before content.

Having decided that a video-on-demand service would be the best way to achieve that, the club had very ambitious goals to launch a fully customized service in just a few weeks.

Insys Video Technologies was able to develop and help the club launch Benfica Play in just four weeks thanks to:

Four weeks after the project began, Benfica Play was launched at the Sport Lisboa e Benfica Stadium in Lisbon in January 2020. Benfica Play gives fans daily access to new and exclusive video content and brings them closer to their club and sporting idols than ever before. The VOD service gives club members a discount on their monthly subscription as well as access to additional content.

Find out more by reading the full case study.