As introduced in Amazon Web Services (AWS) whitepapers, Carrier-grade Mobile Packet Core Network on AWS and 5G Network Evolution with AWS, implementing 4G Evolved Packet Core (EPC) and 5G Core (5GC) on AWS can bring a significant value and benefit, such as scalability, flexibility, and programmable orchestration, as well as automation of the underlying infrastructure layer.

Among the components in Open5gs, the network function applications in the following table are only used for a 4G EPC network demonstration, with having a 3GPP logical interface in the diagram. Note that even the Network Repository Function (NRF) is a 5G-only network function. It is introduced to use SMF and UPF, which play a role as PGW-c and PGW-u in the Open5gs project. 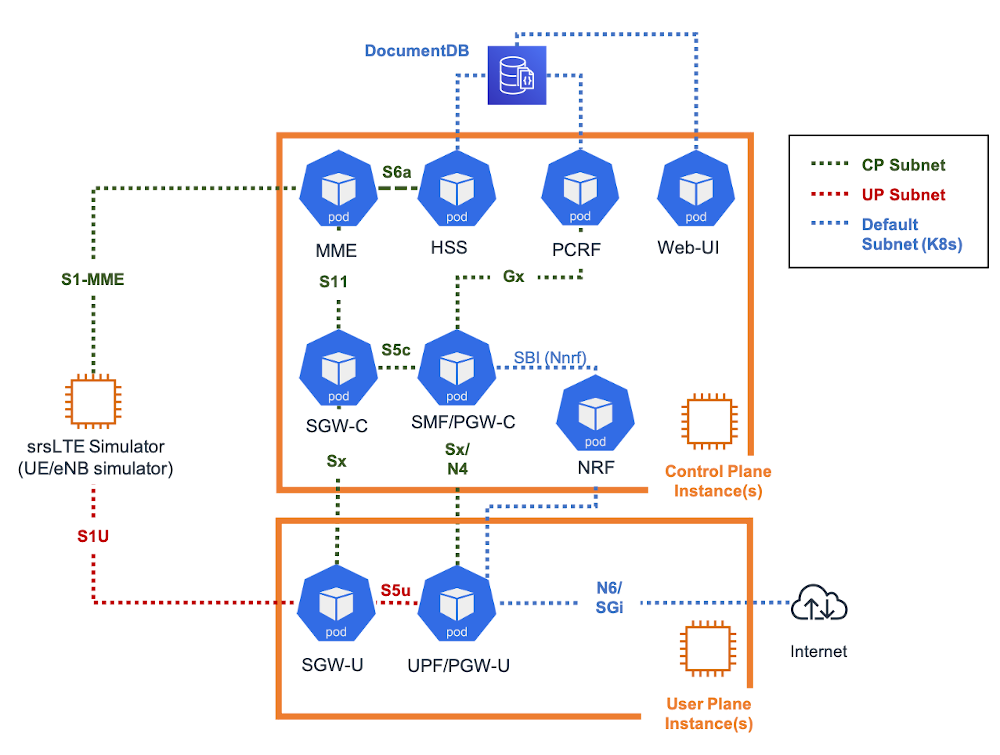 If we use container-based network functions on Kubernetes (K8s), we can generally standardize a deployment process of these network functions in the flow of VPC creation→EKS Cluster and worker node creation→Helm deployment→CNF configuration, as in the following diagram, which can be automated with various automation tools and scenario. 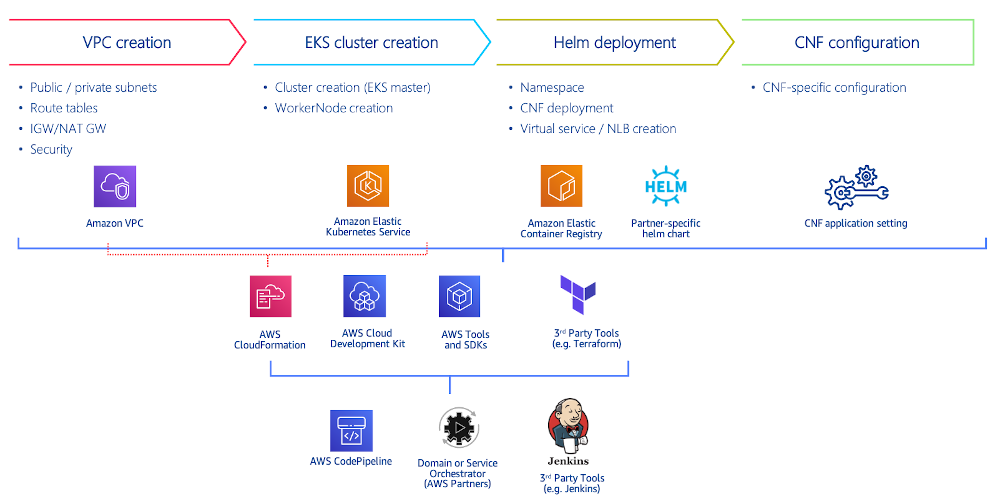 In this example, we use a CloudFormation to create an Amazon Virtual Private Cloud (VPC), an Amazon EKS cluster, and two worker node groups (one for the 3GPP control plane, the other for the 3GPP user plane). Importantly, when we deploy these types of open source EPC/5GC on EKS, because they are mostly using multiple network interfaces to serve all different protocols at each interface with having network separation, we have to leverage the Multus CNI Plugin. As guided in AWS GitHub, we can automate this process through AWS Lambda function and Amazon CloudWatch Event Rule. The bottom line is that two AWS CloudFormation templates create the following resources: 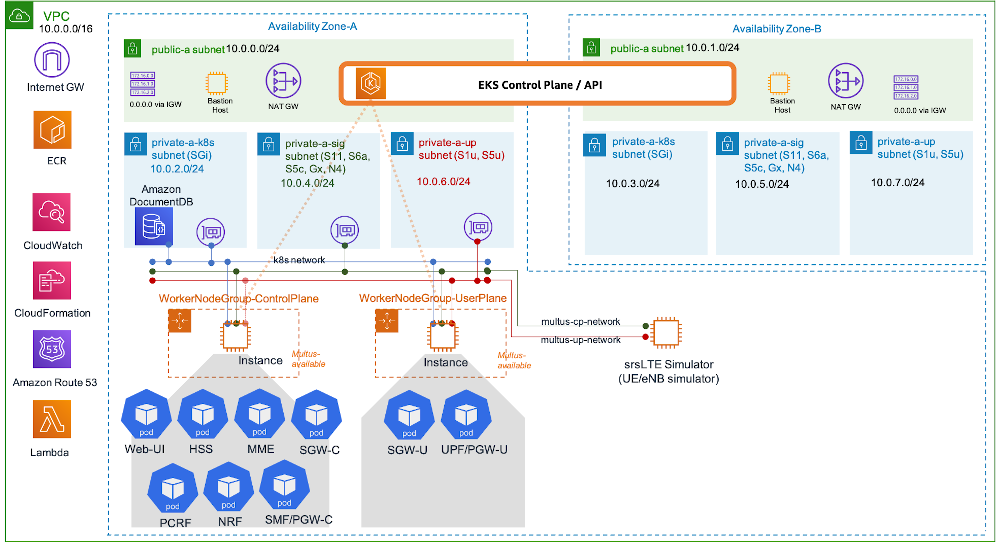 Additionally, two more controllers have been developed and introduced for the further steps of automation.

After a successful deployment of Open5gs, the functionality of the 4G core network can be tested with other tester or simulators. In this article, we have used srsLTE simulator as an example, but it can be chosen according to the user’s preference.

Refer to the GitHub repo throughout this tutorial.

You can refer to the service documentation topics for basic procedures or more information. 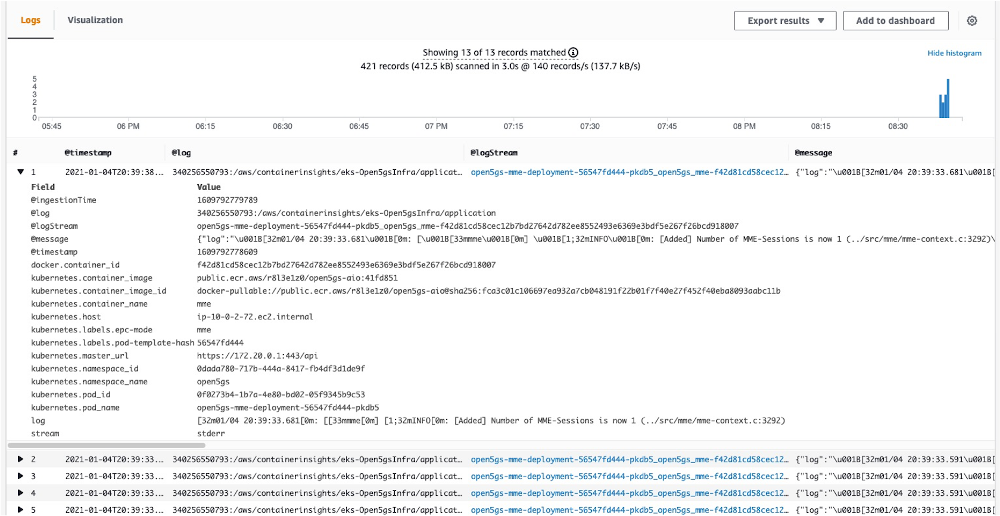 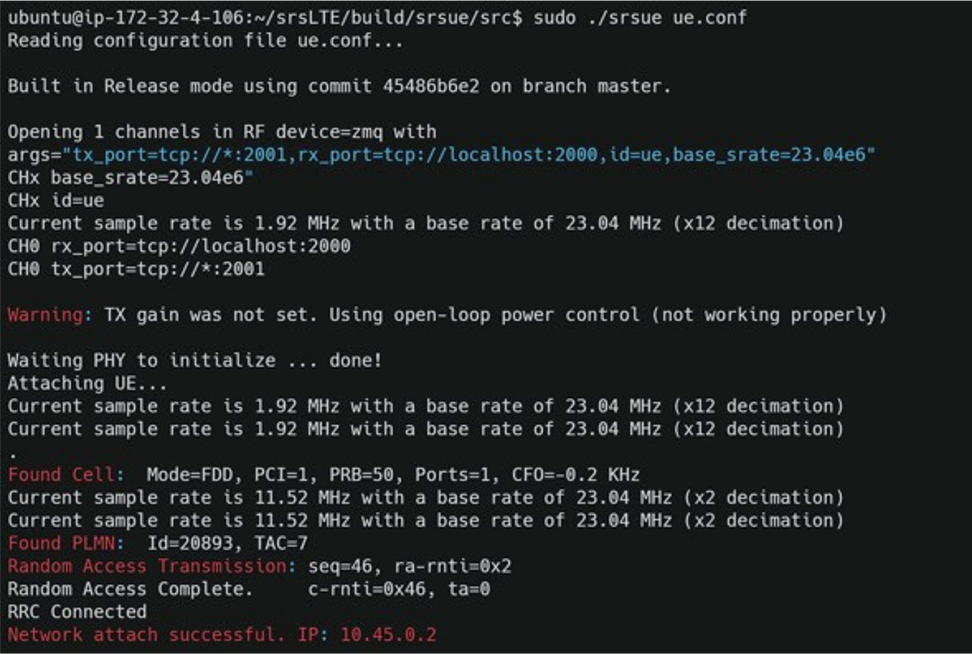 In this blog post, we’ve shown the benefit and power of using AWS for implementing a mobile packet core network by demonstrating how to easily set up the environment without any hardware, additional database, and underlying infrastructure preparation. This standardized process can be further automated with the use of AWS Cloud Development Kit (AWS CDK) and AWS CodePipeline or with third-party tools and an orchestrator through the API integration.