There aren’t many things that are universal these days, but a frustration with how news is reported could very well make the case for consideration. Fake news, sensationalist stories, opinion pieces masquerading as journalism, and clickbait articles are all too prevalent and hard to ignore.

Luckily, over the past decade or so, there have been a new crop of media outlets founded to address these topics – to speak the truth, dive deep with reporting and analysis, and highlight what’s really important. The Information, for example, was an early mover in getting advertising out of the media, which some would say incentivizes clicks over quality. The 8-year-old publication instead leans on a higher-priced subscription model to fuel its business. Axios, another trusted media outlet, focuses on brevity and surfacing only the most important information. And in Brazil, there’s Nexo.

Launched in 2015, Nexo is a digital-only news startup based in São Paulo. The team there is focused on producing news that provides accurate explanations and balanced interpretations of the main facts of Brazil and the world.

The startup is committed to bring to its readers journalism augmented by rigorous research, accurate information and data, and plural perspectives and sources. It does that with a unique approach of exploring all the possibilities of a digital platform, using a diversity of formats, such as infographics, interactive visualizations, videos, and podcasts, putting the user experience at the center of the production. 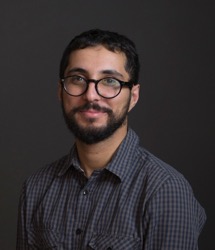 “We initially launched as a general purpose publication, looking to cover the biggest issues in a non-biased, fact-based way” says Ibrahim Bevilacqua, Technology Director. “Nexo has since evolved to have three outlets underneath its umbrella: Gama covers cultural and issues facing the society in a more in-depth and personal way, Políticas Públicas focuses on making important academic research digestible to a wider audience, and closes the gap between academia and general public with new types of content, always in interesting ways.”

While the company is a balance of journalism and technology, the headcount veers heavily towards the media side of the organization. Ibrahim is one of just six people building and running the tech stack for the growing startup. He is also the only man on the development team, which is refreshing to see in an industry that often struggles with diversity and inclusion.

How does such a small team support both the backend and frontend (they also create interactive data visualizations in stories) for the entire company? Per Ibrahim, they lean heavily on AWS managed services and AWS Amplify to help save time during the development cycles.

“We’ve been on AWS since day one, but started out using mainly Amazon EC2 and Amazon S3. As our business grew, our team looked to the AWS Developer Advocates to assist with the best way to scale our infrastructure. Through them, Nexo was introduced to a variety of managed services we use today, including AWS Lambda, Amazon API Gateway, Amazon DynamoDB, and most recently Amplify.”

AWS Amplify is a set of tools and services to help front-end web and mobile developers build scalable full stack applications, powered by AWS. Nexo first started testing Amplify at the beginning of the pandemic in March 2020 to help them create longer pieces that would include multiple types of media. Using the suite of tools, they were able to switch from a previous deployment model that would require the whole site to be inoperable between updates, to a continuous deployment model that reduced service interruption. “Leveraging Amplify enabled Nexo’s tech team to be more agile, taking our deployment times from multiple months to weeks,” says Bevilacqua.

He also notes a hidden benefit of simplifying the process for deployment: lowering the barriers to entry for new software developers. Building and launching new features can seem daunting, but Bevilacqua points out that, “Amplify reduces the cognitive load and time needed to set up your own environment and get an application running. This makes creating things more inviting and inclusive, bringing people from different backgrounds to this industry.”

For proof, you need to look no further than Bevilacqua himself, who comes from a digital marketing only background versus computer science. (He’s since dived deep into the AWS ecosystem, earning the AWS Associate Solutions Architect certification and is an active member of the AWS Community Builder program).

Looking ahead, Bevilacqua says his team is excited to apply their experience with Amplify to revamp the entire Nexo site using the set of tools from AWS.

“We are currently working on moving all our publications to be run through Amplify, with a goal of being able to deploy at the push of a button across all sites. Nexo is excited to modernize our stack using Amplify, and soon will dig into other services like AWS AppSync and GraphQL in the coming months. We’re grateful for the support from AWS in furthering our mission of bringing quality, thoughtful journalism to our readers in Brazil.”