Amazon Chime SDK messaging provides building blocks for developers to make it easier to connect communities of users with secure, scalable, and persistent messaging. In many cases, developers have use cases that require building chat into mobile applications. For example, they may be connecting delivery drivers to customers, doctors to patients, or two people starting to get to know each other on a dating application. To build these experiences, they require a SDK with messaging support for iOS and Android.

In this blog, we will walk through iOS and Android chat demo applications built with the AWS SDK for iOS and the AWS SDK for Android, both of which now include messaging APIs from the Amazon Chime SDK. This approach helps customers build real-time chat functionality into their iOS and Android applications without having to worry about managing and scaling a complex infrastructure.

After completing this blog, you will have a simple mobile chat application that displays messages from all channels a user is a member of in a single view. From here you can add automated moderation, sentiment analysis, profanity filtering, video calls, conversational interfaces with bots, and more.

Note: Deploying the chat demo application and receiving traffic from the demo created in this post will incur AWS charges.

The diagram below explains the architecture of the mobile chat demo applications built with Amazon Chime SDK messaging. The deployment of the AWS CloudFormation stack in the prerequisites section creates an Amazon Chime AppInstance, which acts as the data plane for all messages. It also creates an authentication layer using Amazon Cognito, and an Amazon Simple Storage Service (Amazon S3) bucket to store attachments.

Amazon Chime SDK messaging for iOS and Android contains two sets of APIs to operate on each platform.

Key features of the mobile chat demo applications include: 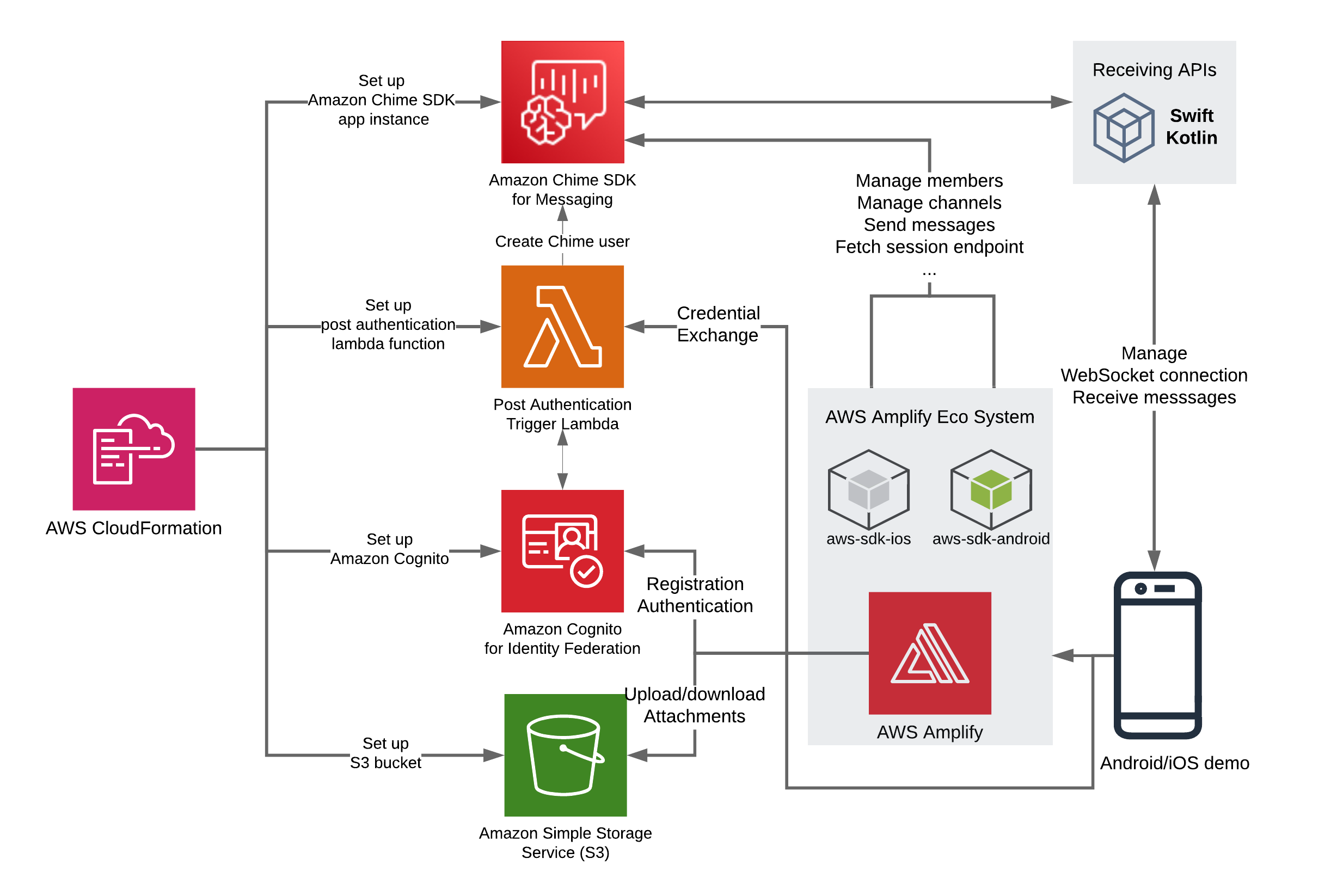 Clone the project from Github.

After building and running your iOS and Android applications, you can test them by sending and receiving messages between the web demo application and mobile clients. In this demo, two users Carlos and Wei are created via Amazon Cognito User Pools and added into a channel named Private Channel. Carlos is signed into the web application, Wei is signed into the mobile application. 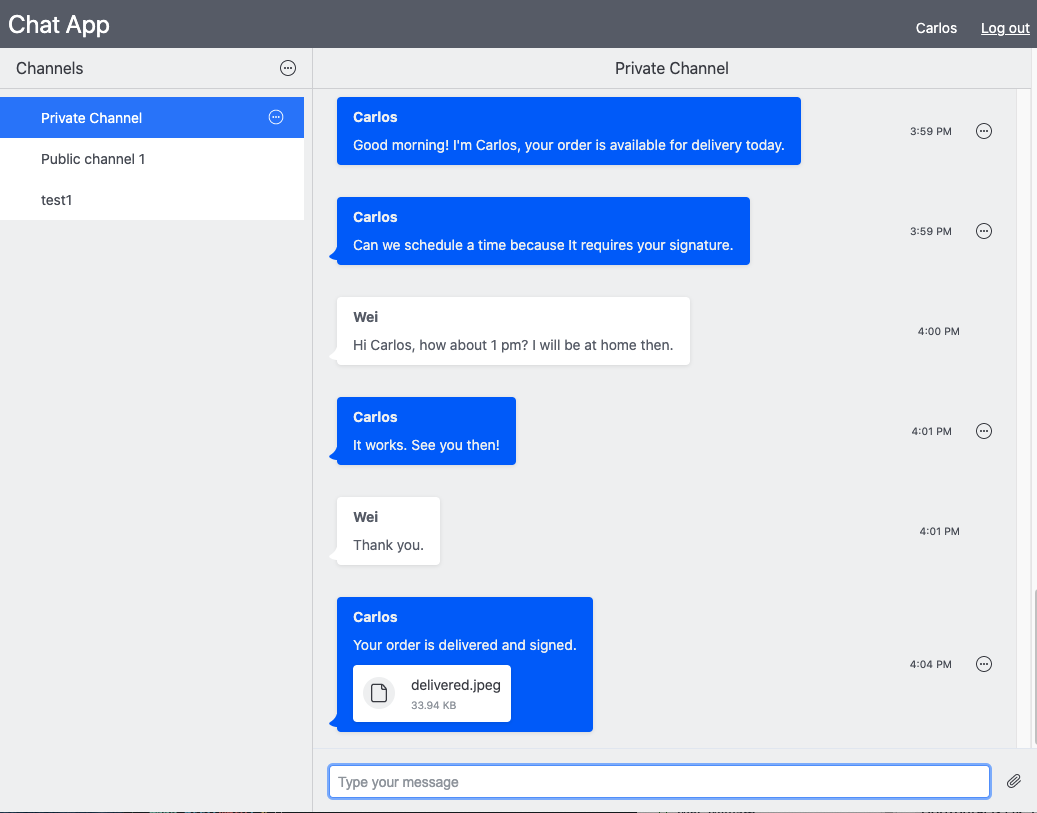 Keeping the WebSocket connection open using a ping-pong mechanism will consume battery. The ping loop will have impact on CPU usage and power consumption, but it will consume more power when WiFi is constantly on. It is recommended to close the connection when the app goes to background and rely on push notification to notify for a new message.

Since Amazon Chime SDK messaging maintains a ping-pong mechanism, the application can attempt to reconnect if the ping failed. The client could miss messages during network disruption or between reconnections. In this case, the client can call listChannelMembershipForAppInstanceUser, which returns all memberships and the lastMessageTimestamp for each channel. It can then only fetch messages for channel where there are missing messages. It will also know if it missed any membership events from the result of listChannelMembershipForAppInstanceUser.

If you don’t want to continue to be charged for the use of the chat demo application, you can clean up by deleting the stack and resources created in prerequisites.

To delete the stack and its resources:

To learn more about what you can build with Amazon Chime SDK messaging, please read our other messaging blog post: