In this blog post, I describe the recommended AWS Cloud Development Kit (AWS CDK) project structure for Python applications. This is based on Best practices for developing and deploying cloud infrastructure with the AWS CDK.

For an example, I will walk through a user management backend component that utilizes Amazon API Gateway, AWS Lambda, and Amazon DynamoDB to provide basic CRUD operations for managing users. The project also includes a continuous deployment pipeline. This essentially contains everything required for managing the component as a unit of ownership, including the specific deployment environments.

We recommend organizing the project directory structure based on the component’s logical units. Each logical unit should have a directory and include the related infrastructure, runtime, and configuration code. For example:

This way, if I need to make API changes, then I can easily find the code related to that logical unit. If I need to refactor the code, or make it a separate unit of ownership, it can be changed in a single place. In other words, it is a self-contained unit.

Before the AWS CDK arrived, runtime and infrastructure code remained two separate concepts. The AWS CDK abstraction lets you to combine the infrastructure and runtime code of a logical unit behind a single construct interface.

Next, I will cover app.py (the AWS CDK application entry point), deployment.py (the user management backend deployment layout), and pipeline.py (the continuous deployment pipeline) modules in order to show the implementation of the recommended project structure. We’ll start with app.py.

The module contains the app object, followed by the development environment definition and the continuous deployment pipeline.

In this case, I utilize CDK Pipelines for continuous deployment, and instantiate the pipeline stack here. Then, the pipeline deploys the user management backend to Prod environment.

The UserManagementBackend class inherits from cdk.Stage—an abstract deployment unit consisting of one or more stacks that should be deployed together. This is where the separation between constructs as logical units, and their deployment layout as stacks, reveals its flexibility. In this example, I deploy the stateful database logical unit in a separate stack from the stateless API and monitoring logical units. The UserManagementBackend class combines the stateful and stateless stacks into a single deployment stage.

The AWS CDK allows for infrastructure code to be located in the same repository with runtime code. This leads to additional considerations, such as how to structure the project. In this blog post, I have described the recommended AWS CDK project structure for Python applications, thereby aiming to ease the maintenance and evolution of your projects.

If you think I’ve missed something, or you have a use case that I didn’t cover, we would love to hear from you on the aws-cdk GitHub repository. Happy coding! 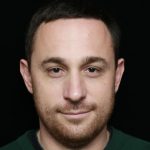