Third time lucky for the winner of AWS DeepRacer League in Chicago and new world records at re:MARS

The AWS DeepRacer League is the world’s first global autonomous racing league, open to anyone. Developers of all skill levels can compete in person at 22 AWS events globally, or online via the AWS DeepRacer console, for a chance to win an expense paid trip to re:Invent 2019, where they will race to win the Championship Cup 2019.

On May 30th, the AWS DeepRacer league visited the AWS Summit in Chicago, which was the 11th live race of the 2019 season. The top three there were as enthusiastic as ever and eager to put their models to the test on the track.

The Chicago race was extremely close to seeing all of the top three participants break the 10-second barrier. Scott from A Cloud Guru at the topped the board with 9.35 seconds, closely followed by RoboCalvin at 10.23 seconds and szecsei with 10.79 seconds.

Before Chicago, the winner Scott from A cloud guru had competed in the very first race in Santa Clara and was knocked from the top spot in the last hour of racing! There he ended up 4th, with a time of 11.75 seconds. He tried again in Atlanta, but couldn’t do better than 8th recording a time of 12.69 seconds. It was third time lucky for him in Chicago, where he was finally crowned champion and scored his winning ticket to the Championship Cup at re:Invent 2019! 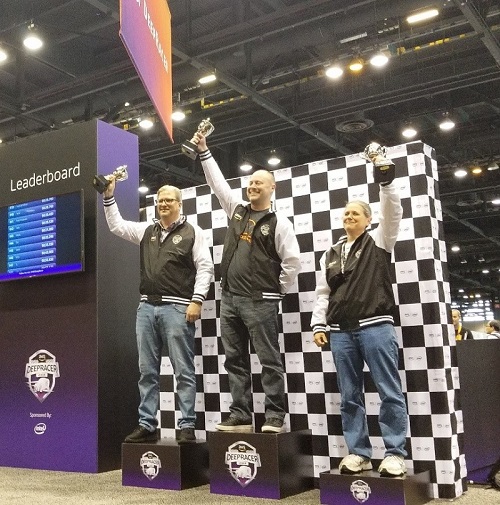 On to Amazon re:MARS, for lightning fast times and multiple world records!

On June 4th, the AWS DeepRacer League moved to the next race in Las Vegas, Nevada, where the inaugural re:MARS conference took place. Re:MARS is a new global AI event focused on Machine Learning, Automation, Robotics, and Space.

Over 2.5 days, AI enthusiasts visited the DeepRacer track to compete for the top prize. It was a competitive race; the world record was broken twice (the previous record was set in Seoul in April and was 7.998 seconds). John (who eventually came second), was first to break it and was in the lead with a time of 7.84 seconds for most of the afternoon before astronav (Anthony Navarro) knocked him off the top spot in the final few minutes of racing, with a winning time of 7.62 seconds. Competition was strong, and developers returned to the tracks multiple times after iterating on their model. Although the times were competitive, they were all cheering for each other and even sharing strategies. It was the fastest race we have seen yet – the top 10 were all under 10 seconds! 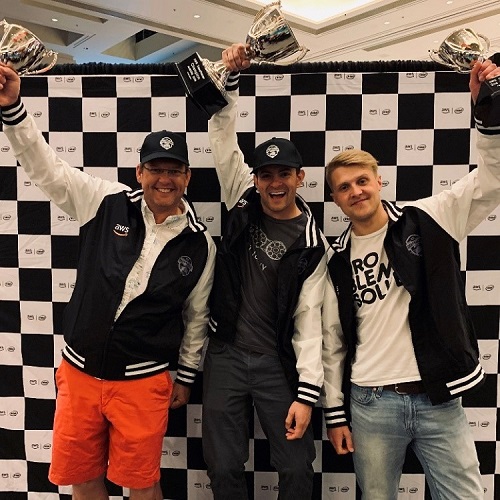 Developers of all skill levels can participate in the League

Participants in the league vary in their ability and experience in machine learning. Re:MARS, not surprisingly brought some speedy times, but developers there were still able to learn something new and build on their existing skills. Similarly, our winner from Chicago had some background in the field, but our 3rd place winner had absolutely none. The league is open to all and can help you reach your machine learning goals. The pre-trained models provided at the track make it possible for you to enter the league without building a model, or you can create your own from scratch in one of the workshops held at the event. And new this week is the racing tips page, providing developers with the most up to date tools to improve lap times, tips from AWS experts, and opportunities to connect with the DeepRacer community. Check it out today and start sharing your DeepRacer story! 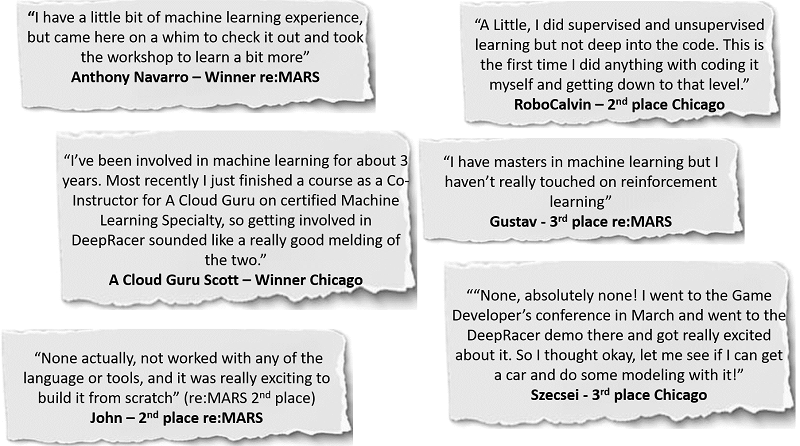 Machine learning developers, with some or no experience before entering the league.

Another triple coming up!

The 2019 season is in the home stretch and during the week of June 10th, 3 more races are taking place. There will be a full round up on all the action next week, as we approach the last few chances on the summit circuit for developers to advance to the finals at re:Invent 2019. Start building today for your chance to win!