The notebook instance has a variety of networking configurations available to it. In this blog post we’ll outline the different options and discuss a common scenario for customers.

IMPORTANT NOTE: Direct internet access means that the Amazon SageMaker service is providing a network interface that allows for the notebook to talk to the internet through a NAT interface in a VPC managed by the service.

Using the Amazon SageMaker console, these are the three options:

What does it really mean?

Each of the three options automatically configures the network interfaces on the managed EC2 instance with a set of routing configurations. In certain situations, you might want to modify these settings to route specific IP address ranges to a different network interface. Next, we’ll step through each of these default configurations:

Suppose we have the following configuration: 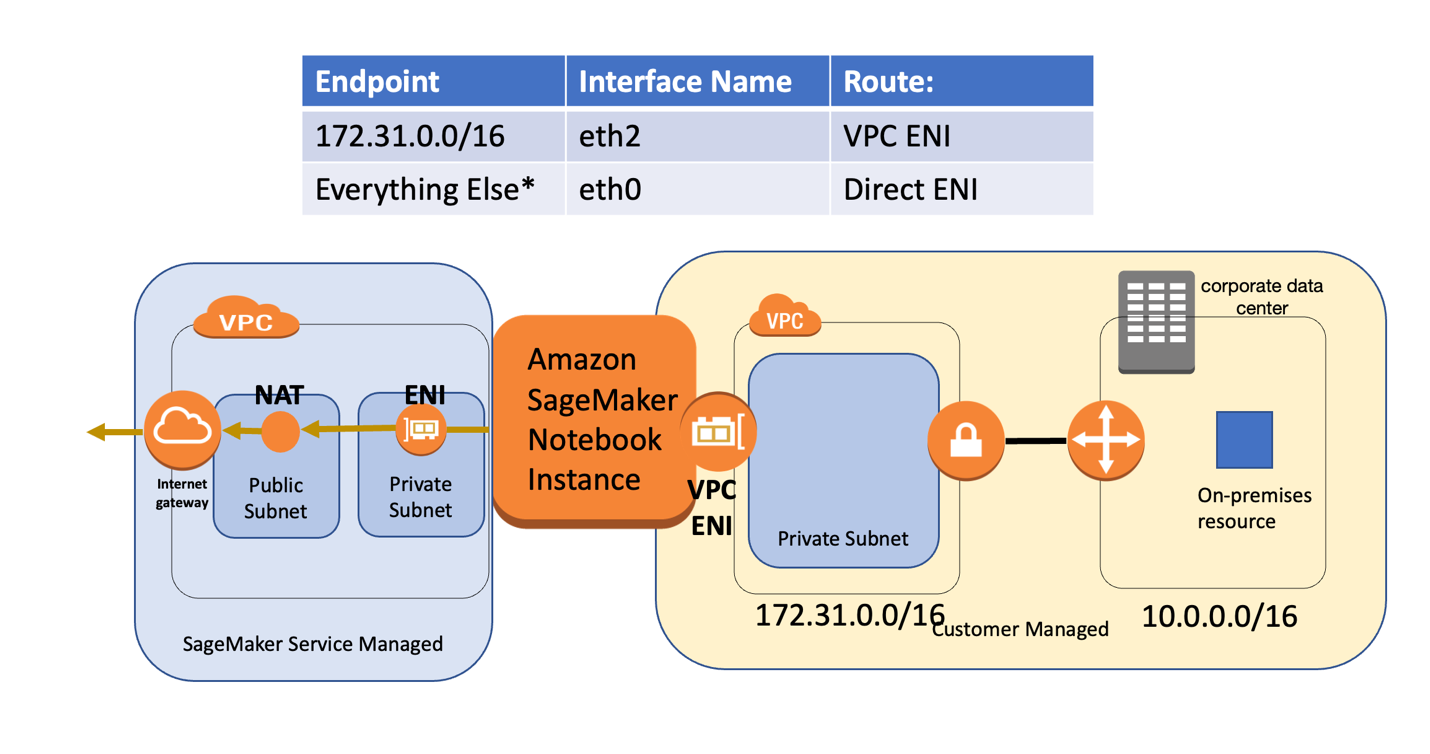 To route back on premises, we’ll want to update the route table to have the following: 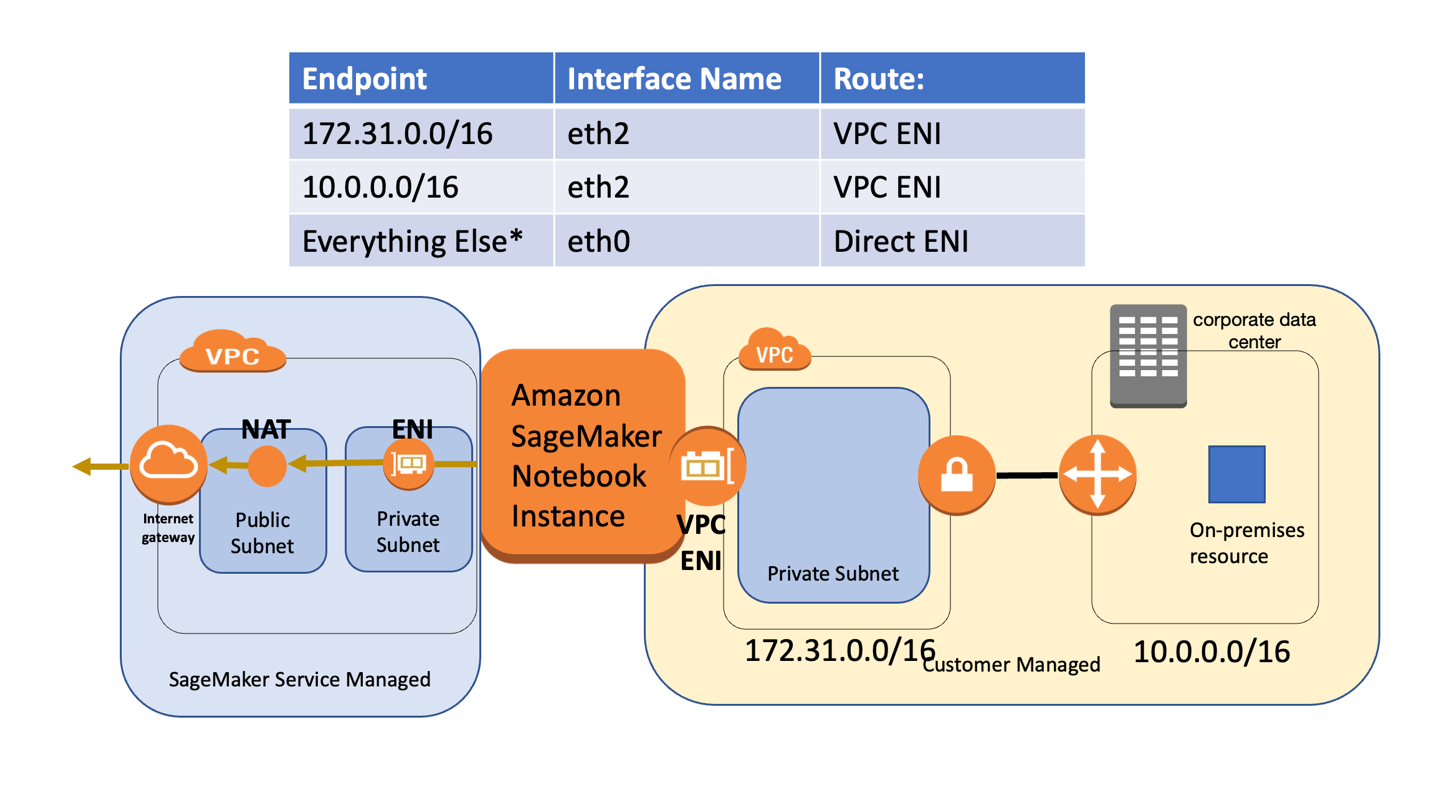 To do this, we can perform the following commands from a terminal on the Amazon SageMaker notebook instance:

Now if we look at the route table by entering “route -n” we see the route:

There is still one issue.

If we restart the notebook the changes won’t persist.  Only the changes made to the ML storage volume are persisted with a stop/start. Generally, for the package and files to be persisted, they need to be under “/home/ec2-user/SageMaker”. In this case, we’ll use a different feature: lifecycle configuration to add the route any time the notebook starts.

We can create a lifecycle policy as shown in the following diagram:

Now we can create our notebooks with this lifecycle configuration:

With this setup when the notebook gets created or when it’s stopped and restarted, we will have the networking configuration we expect:

Amazon SageMaker Jupyter notebooks are used to perform advanced data exploration, create model training jobs, deploy models to Amazon SageMaker hosting, and test or validate your models.  This drives the need for the notebook instances to have various networking configurations available to it.  Knowing how these configurations can be adapted allows you to integrate with existing resources in your organization and enterprise.