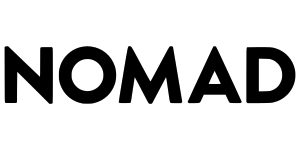 When many event venues shut down during the COVID-19 pandemic, AXS wanted to support musical artists by letting them live stream virtual concerts from home. However, building its own solution would be time consuming and expensive.

The concert ticketing and hosting company instead took advantage of its long-standing history using AWS, which connected it to AWS Partner Nomad. Rather than build a solution from scratch, AXS could tailor Nomad’s serverless digital content management system—which runs exclusively on AWS—to its use case.

Working together, AXS and Nomad launched a live streaming virtual venue solution in just three months for the launch of country music artist Ingrid Andress’s virtual concert in June. “The virtual doors opened, and we could see how many people were tuning in from all over the world,” says Dean DeWulf, senior vice president of music at AXS. “We saw a personal interaction between fans. It felt like a concert.” Musical artists use it to live stream high-definition video and audio to any device and interact in near real time with fans, creating an experience much like that of an in-person concert. AXS is considering using the solution to complement future in-person musical events.

Besides wanting a fast, cost-effective launch, AXS also required its solution to have high performance and a simple user experience. “The largest concern we had was that live streams can be low quality,” says DeWulf. “We had to figure out what the fans wanted and how to deliver that experience so that they would feel like they got their money’s worth. If you collect $100,000 in ticket sales but the connection is bad, you have to give refunds. We also wanted fans to access events seamlessly, without cumbersome authentication.”

Because AXS and Nomad already used AWS, their infrastructures integrated seamlessly. In fact, Nomad was able to integrate the ticketing system from AXS into its existing solution instead of building a new one. That also meant end users could buy a ticket and watch a concert in the same interface rather than deal with multiple sites. “As we iterated through the requirements that AXS had, we shaped and focused the solution around the product that we have and the custom pieces that AXS needed,” says Adam Miller, founder and chief architect of Nomad.

Nomad’s core development services, including the control panel, are built on AWS Lambda, a serverless compute service that can be used to set up code to automatically launch from over 200 AWS services and software-as-a-service applications or web or mobile apps. It also stores all its data in Amazon DynamoDB, a serverless key-value and document database that can handle more than 10 trillion requests per day and support peaks of more than 20 million requests per second.

The media component of the Nomad system is built on AWS Elemental MediaLive, a broadcast-grade live video processing service that delivers video streams to broadcast televisions and internet-connected devices. “AWS Elemental MediaLive is very powerful and has a lot of options that can be customized for different outcomes,” says Miller.

Designing for speed and performance on AWS

AXS and Nomad began collaborating in April 2020 and launched three months later, in time for a major country musician’s virtual concert in June. “Nomad is able to be deployed through a script into the AWS account of AXS, which enhances its existing AWS experience,” explains Miller. “It’s a point-and-click experience. A few hours after the configuration was finished, Nomad was up and running.”

The tech staff from AXS and Nomad watched the first live streaming concert in June, and they saw that the high-definition video and audio was just as good on their 72-inch TVs as on their mobile devices. The live chat feature let attendees to talk to each other. “Nomad was great to work with: flexible and willing to do fun development,” says DeWulf. “Using what Nomad had already built on AWS was awesome.”

The output from AWS Elemental MediaLive is sent to AWS Elemental MediaStore, which acts as the origin store in the video workflow, with high-performance capabilities that meet the needs of demanding media delivery workloads. “AWS Elemental MediaStore is the primary distribution mechanism for live media,” says Miller. It’s supported by Amazon CloudFront, a fast content delivery network service that securely delivers data, videos, applications, and APIs to customers globally with low latency and high transfer speeds. “Using Amazon CloudFront helped us bring distribution to the rest of the world at a high capacity and as a success,” Miller says.

Using the solution, fans buy tickets, then sign in to their AXS accounts and click the link to the virtual event. The solution uses AWS Lambda to connect Nomad and the ticketing system from AXS. This also helps the solution automatically scale without support from an engineer. “A large influx of attendees enters within the same 30 minutes—perhaps even 10,000 users would log on in a 3-minute time frame,” says Miller. “We use AWS serverless technology to handle the load of the authentication without spinning up servers, so users don’t have to sit waiting for a slow solution.”

AXS quickly supported musical artists, venues, and fans during the COVID-19 pandemic by innovating with Nomad on AWS. In the future, AXS can adapt the virtual venue solution to accommodate a new hybrid digital experience that will complement in-person experiences. “How fans want to connect with artists and how artists want to connect with fans is an evergreen concept, but it’s going to continue to evolve as technology evolves,” says DeWulf. “We have an innovative system in place that lets us evolve and pivot quickly as needed.”

Nomad helps customers manage, organize, and distribute digital assets, including video and live streaming broadcasts. It is an AWS Advanced Partner and an AWS Public Sector Partner and is part of the AWS ISV Partner Path and the AWS Solution Provider Program. Learn more about Nomad here.

AXS uses technologies and insights to support the entire event life cycle, including ticket buying and live entertainment, for over 350 global teams, arenas, theaters, clubs, and colleges. It has offices in the United States, the United Kingdom, and Sweden.