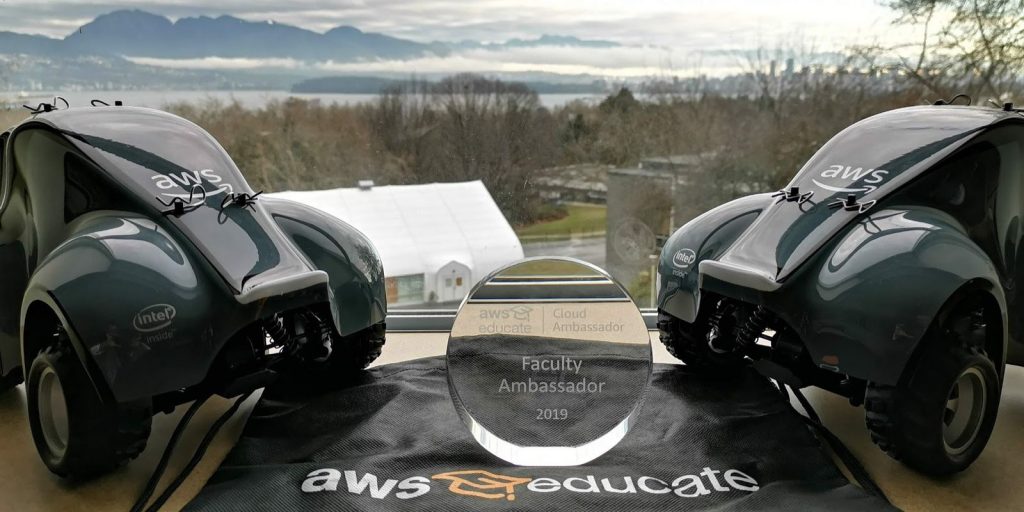 Students from two secondary schools on opposite sides of the world used AWS DeepRacer to learn about machine learning (ML). Using AWS DeepRacer, students from a school in Vancouver, Canada and Instanbul, Turkey learned how to design, train, and deploy a model car using ML. These students competed on virtual racetracks against each other—all within the AWS Management Console.

AWS DeepRacer, the world’s first global autonomous racing league, helps anyone with an Amazon Web Services (AWS) account get started with ML through autonomous driving. Developers of all skill levels can get hands on with ML through a cloud-based three-dimensional racing simulator, driven by reinforcement learning. Competitors can race for prizes, glory, and a chance to compete for the AWS DeepRacer Championship Cup.

While many past AWS DeepRacer League competitions happened in person, with people practicing social distancing and working from home, the competition is now available virtually via the AWS Console.

Dr. Peter Holowka, Director of Educational Technology at West Point Grey Academy in Vancouver is an advocate for science, technology, arts, engineering, and mathematics (STEAM) education at his institution. “As an educator, I believe that it is important for students find ways to love what they are doing/learning. They then hopefully spend more years in the discipline,” Dr. Holowka said. At a recent education technology conference at Oxford University, he saw a group of students from Turkey presenting—and an idea struck.

Dr. Holowka began to look for ways to bring the students together and learn from one another. He found the answer with AWS DeepRacer. Setting up a virtual AWS DeepRacer league between the school in Turkey and his own school in Canada, the students began working on their models and getting ready to compete virtually. When remote education was necessary due to the COVID-19 pandemic, the competition was able to proceed as planned because it was virtual.  The virtual AWS DeepRacer format was perfect for the times—“That’s the beauty of it—It costs nothing, is accessible, and you can work on it anytime, anywhere.”

The two schools set up a community race in the AWS Console. Each student kept success and failure logs of trials, which they shared to learn from each other. The competition started on a simple oval track and each week they progressed to a new track, more complex track, iterating on what they’d learned. They eventually progressed to the AWS Championship Cup track course. 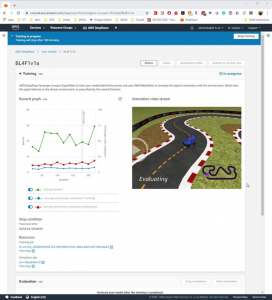 Students said the competition helped them stay connected with their classmates and boost morale during COVID-19. With these model self-driving cars, they had a chance to, connect and learn from one another. One student said the experience helped him “gain confidence in coding.” Beyond the skills gained, students said working with and competing against other students across the globe also served as a valuable cultural exchange.

Dr. Holowka, an AWS Educate Cloud Ambassador, understands the value of these skills beyond school. He said, “One of the nice parts of this is it exposes these kids to real-world skills,” like the cloud-native environments and AWS.  “The AWS Educate program is an authentic way to get kids exposure to cloud computing tools without [financial] risk.”