Reporting on Amazon WorkSpaces, a managed, secure desktop as a service (DaaS) solution, allows you to capture information about your Amazon WorkSpaces deployment and the relationships to Active Directory users. It helps capture important details that can help with chargeback, general utilization of Amazon WorkSpaces, and confirming consistency of what is deployed in your environment.

In a previous post, I showed you how to automate the deployment of Amazon WorkSpaces using a simple PowerShell script. The post walked you through how to simplify the deployment of virtual desktops to users based on Active Directory group membership. In this post, I look at reporting on small to large-scale deployments of virtual desktop solutions. You will learn how to export Amazon WorkSpaces deployment information combined with Active Directory and virtual private cloud (VPC) properties by executing a PowerShell script. This script can help you gain insight into what is deployed in your environment more easily and at scale for hundreds or thousands of WorkSpaces.

Make sure you have the following before getting started:

Download and save the script to a location on the system configured to meet the prerequisites. Execute the script by typing “.\FILENAME.PS1” where FILENAME is the name you gave the downloaded file to begin the reporting process (see Figure 1).

The script requires three inputs as part of execution: the path to store the log file, which defaults to C:\temp and creates the folder if it doesn’t exist; the AWS Region; and the number of days to query CloudWatch metrics to validate unused WorkSpaces.

After entering an appropriate path, Region, and number of idle days before considering WorkSpaces to be unused, the script executes and counts down as it loops through each WorkSpace and captures the details of the WorkSpace, Active Directory user, and VPC.

Figure 2 shows what was captured during the execution and has had the username stripped to obfuscate the output. 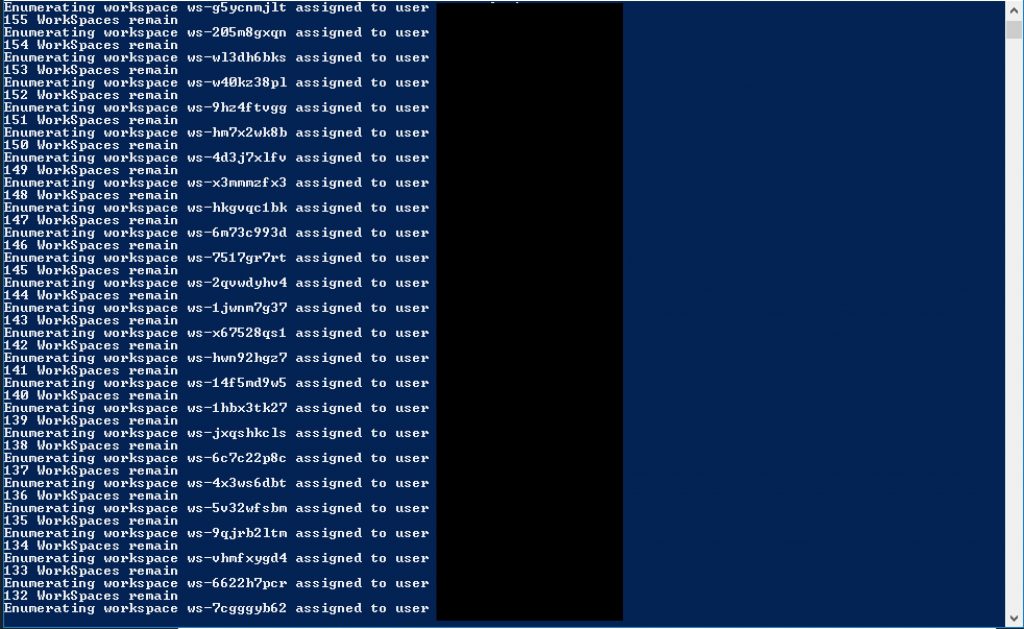 When the script is finished executing, the path entered at the start contains a CSV file export of the WorkSpace. You can run the script serially against multiple Regions and capture the output in a single file and then filter it later.

Let’s review the output of the script and show some meaningful data about each WorkSpace (see Figure 3). I won’t go through every field in this output file, but I will review some common fields of interest. For example, in the first line the username is “Grant.Joslyn” and the “ADUserFullName” attribute captured from Active Directory is “Grant Joslyn.” In many organizations, these attributes may contain different values.

The script also captured connection related information (see Figure 4), which can be an indicator of unused WorkSpaces. You can use this data to support reducing the costs of the WorkSpace deployment. If the WorkSpace creation date (see the ADComputerCreated column in Figure 3 above) isn’t recent and the LastKnownUserConnectionTimeStamp is “1/1/0001,” the WorkSpace may be unused. The WorkSpaceUnusedForDefinedPeriod column (see Figure 4) uses the Amazon CloudWatch data queried to capture whether a successful login has occurred within the period specified at script execution. These would be candidates for removal, which would eliminate the cost of WorkSpaces and simplify the deployment.

Networking and availability zone placement fields are also captured by the script as shown in Figure 5, including: 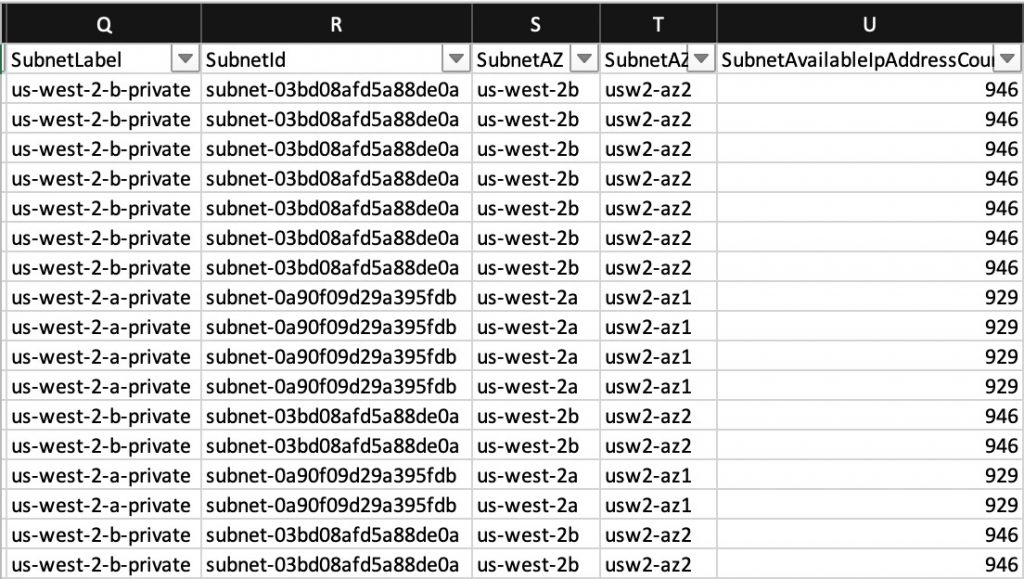 There are a number of Active Directory attributes for each user included in the report to filter the export on values (see Figure 6), including:

In this post, you used PowerShell to run a reporting script to export Amazon WorkSpaces, Active Directory, and VPC information for your virtual desktop deployment. You then reviewed the extracted data to find useful information on the state of your Amazon WorkSpaces deployment and the users assigned to them.