Welcome to the fourth edition of the AWS Serverless ICYMI (in case you missed it) quarterly recap. Every quarter, we share all of the most recent product launches, feature enhancements, blog posts, webinars, Twitch live streams, and other interesting things that you might have missed!

This edition of ICYMI includes all announcements from AWS re:Invent 2018!

If you didn’t see them, check our Q1 ICYMI, Q2 ICYMI, and Q3 ICYMI posts for what happened then.

AWS Lambda introduced the Lambda runtime API and Lambda layers, which enable developers to bring their own runtime and share common code across Lambda functions. With the release of the runtime API, we can now support runtimes from AWS partners such as the PHP runtime from Stackery and the Erlang and Elixir runtimes from Alert Logic. Using layers, partners such as Datadog and Twistlock have also simplified the process of using their Lambda code libraries.

To meet the demand of larger Lambda payloads, Lambda doubled the payload size of asynchronous calls to 256 KB.

In early October, Lambda also lengthened the runtime limit by enabling Lambda functions that can run up to 15 minutes.

Lambda also rolled out native support for Ruby 2.5 and Python 3.7.

You can now process Amazon Kinesis streams up to 68% faster with AWS Lambda support for Kinesis Data Streams enhanced fan-out and HTTP/2 for faster streaming.

Lambda also released a new Application view in the console. It’s a high-level view of all of the resources in your application. It also gives you a quick view of deployment status with the ability to view service metrics and custom dashboards. 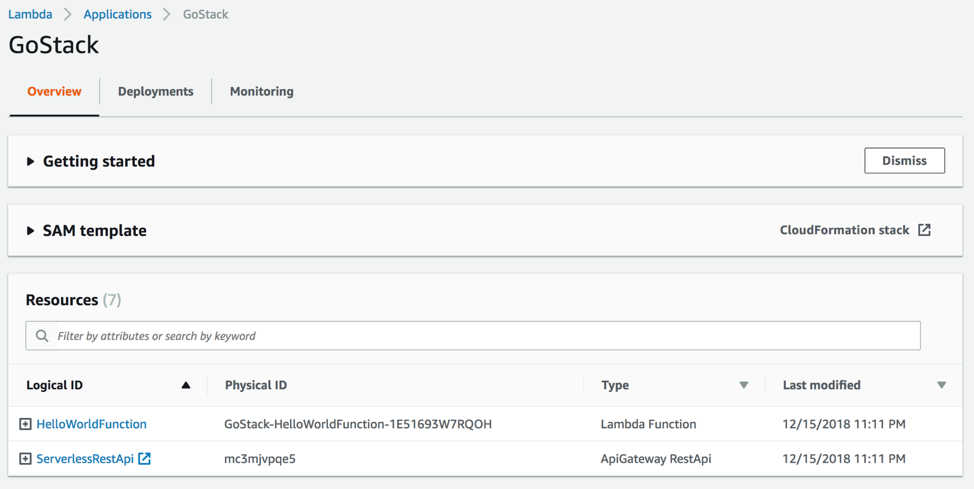 API Gateway has also improved parameter support by adding support for multi-value parameters. You can now pass multiple values for the same key in the header and query string when calling the API. Returning multiple headers with the same name in the API response is also supported. For example, you can send multiple Set-Cookie headers.

In October, API Gateway relaunched the Serverless Developer Portal. It provides a catalog of published APIs and associated documentation that enable self-service discovery and onboarding. You can customize it for branding through either custom domain names or logo/styling updates. In November, we made it easier to launch the developer portal from the Serverless Application Repository.

In the continuous effort to decrease customer costs, API Gateway introduced tiered pricing. The tiered pricing model allows the cost of API Gateway at scale with an API Requests price as low as $1.51 per million requests at the highest tier.

Last but definitely not least, API Gateway released support for WebSocket APIs in mid-December as a final holiday gift. With this new feature, developers can build bidirectional communication applications without having to provision and manage any servers. This has been a long-awaited and highly anticipated announcement for the serverless community. 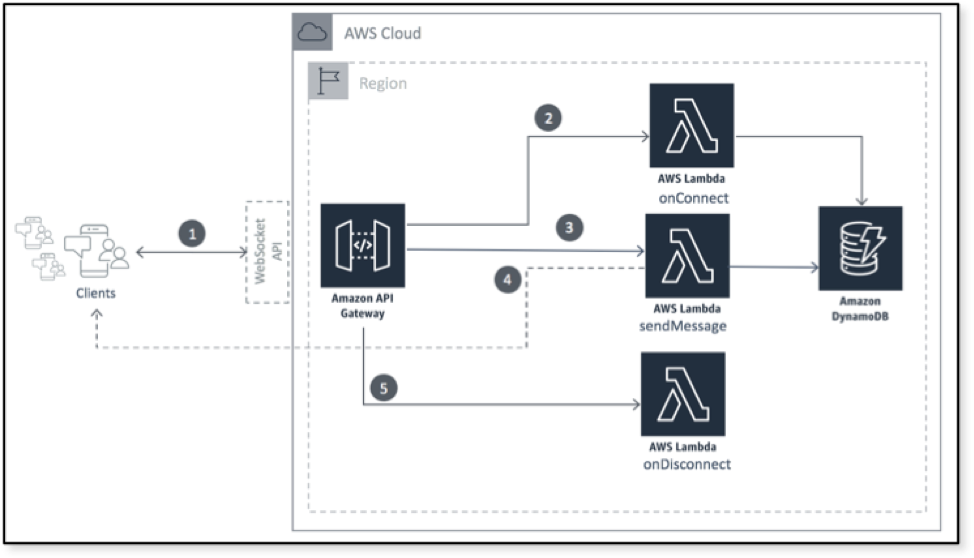 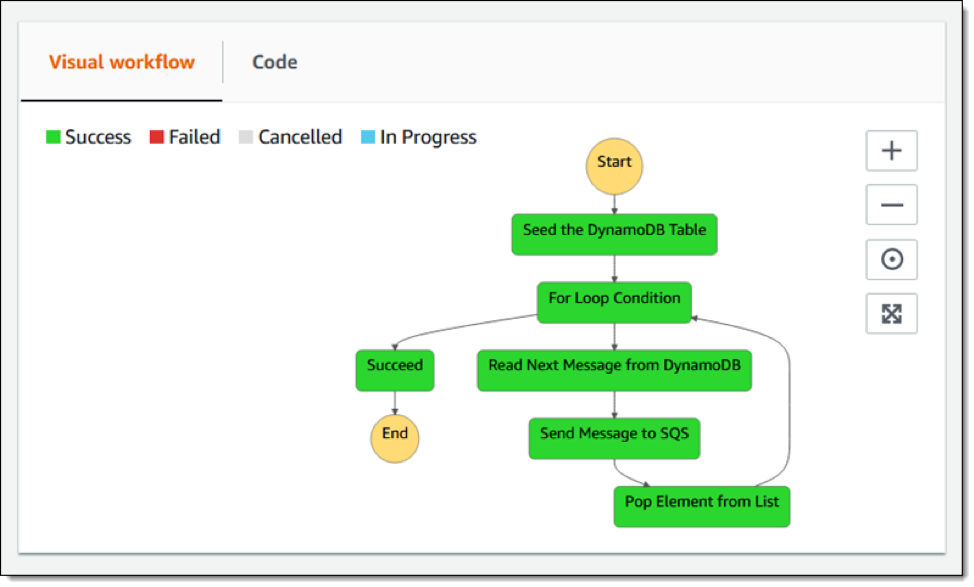 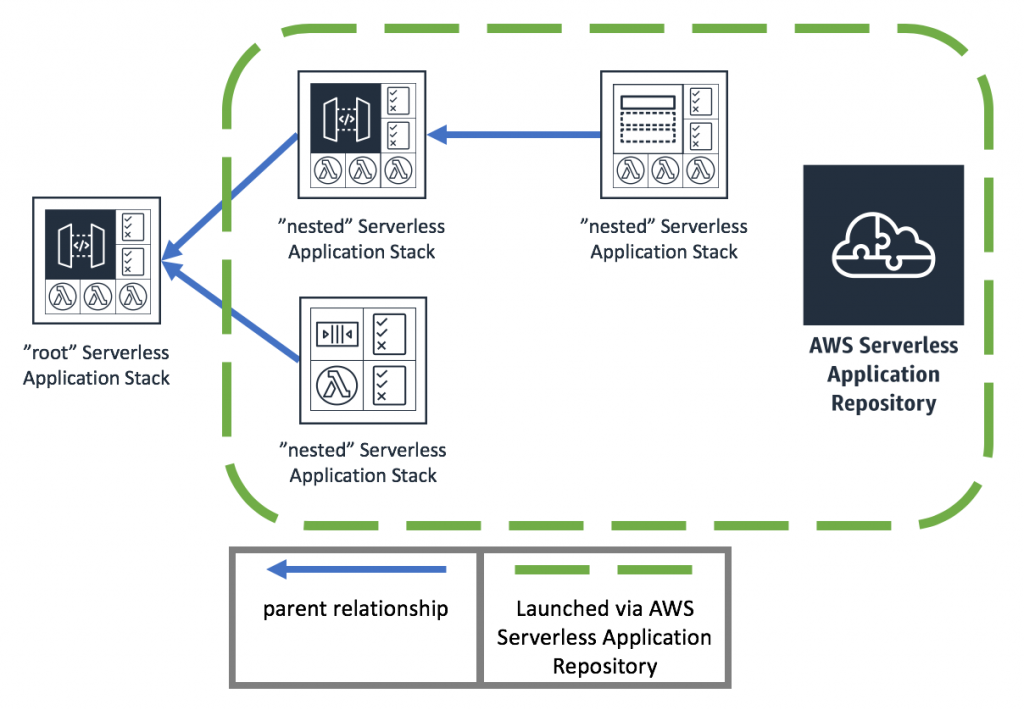 AWS SAM made authorization simpler by introducing SAM support for authorizers. Enabling authorization for your APIs is as simple as defining an Amazon Cognito user pool or an API Gateway Lambda authorizer as a property of your API in your SAM template.

AWS SAM CLI introduced two new commands. First, you can now build locally with the sam build command. This functionality allows you to compile deployment artifacts for Lambda functions written in Python. Second, the sam publish command allows you to publish your SAM application to the Serverless Application Repository.

Our SAM tooling team also released the AWS Toolkit for PyCharm, which provides an integrated experience for developing serverless applications in Python. 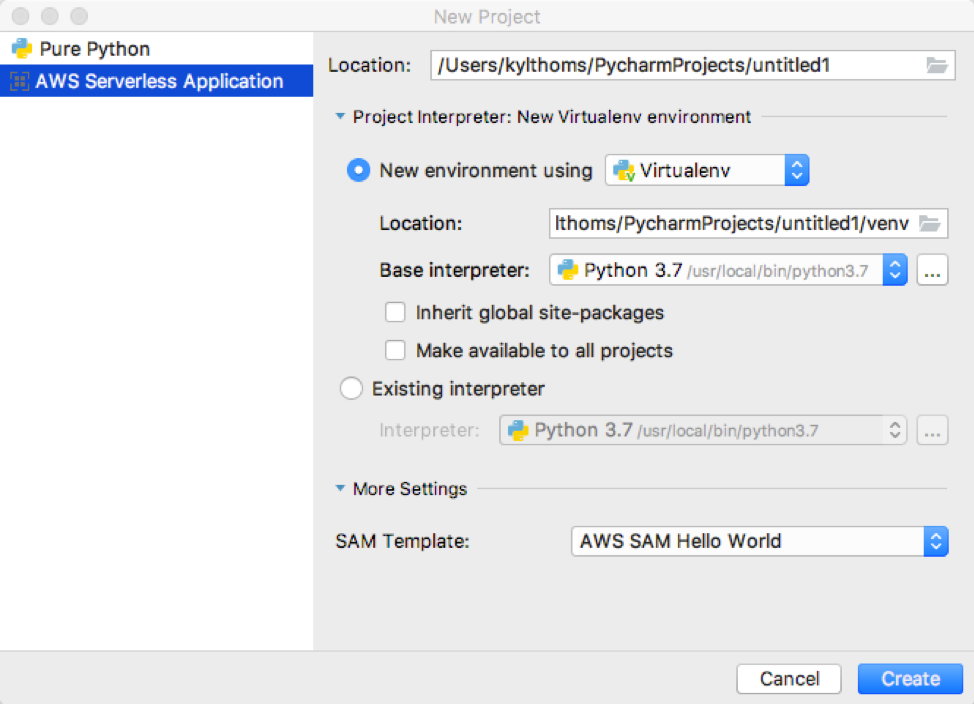 AWS SAM and the AWS SAM CLI implemented support for Lambda layers. Using a SAM template, you can manage your layers, and using the AWS SAM CLI, you can develop and debug Lambda functions that are dependent on layers.

We hold several Serverless tech talks throughout the year, so look out for them in the Serverless section of the AWS Online Tech Talks page. Here are the three tech talks that we delivered in Q4:

We’ve been so busy livestreaming on Twitch that you’re most certainly missing out if you aren’t following along! 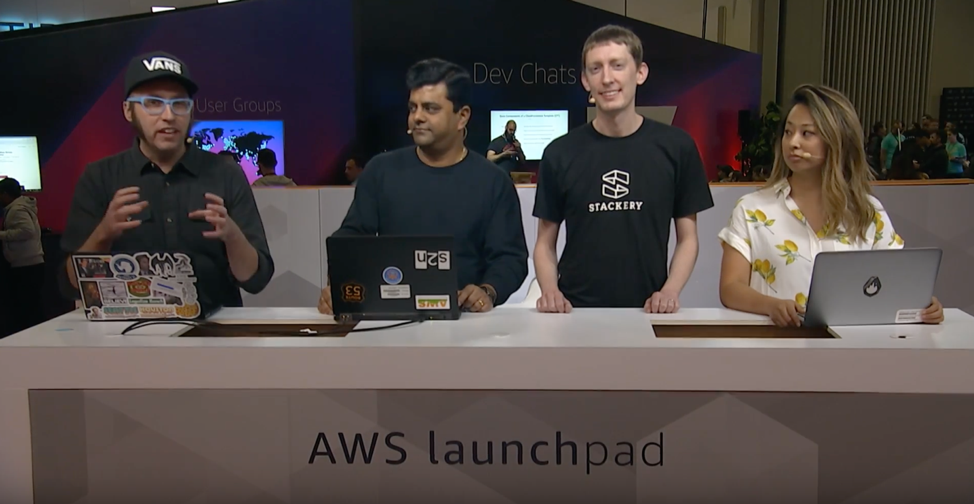 For information about upcoming broadcasts and recent livestreams, keep an eye on AWS on Twitch for more Serverless videos and on the Join us on Twitch AWS page.

This quarter, we moved all SAM docs to https://docs.aws.amazon.com/serverless-application-model. Everything you need to know about SAM is there. If you don’t find what you’re looking for, let us know!

The Serverless landing page has lots of information. The resources page contains case studies, webinars, whitepapers, customer stories, reference architectures, and even more Getting Started tutorials. Check it out!