Welcome to the third edition of the AWS Serverless ICYMI (in case you missed it) quarterly recap. Every quarter, we share all of the most recent product launches, feature enhancements, blog posts, webinars, Twitch live streams, and other interesting things that you might have missed!

If you didn’t see them, catch our Q1 ICYMI and Q2 ICYMI posts for what happened then. 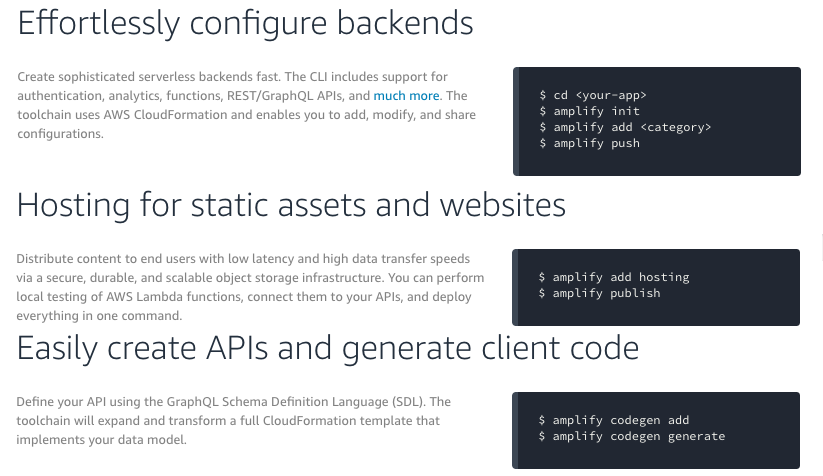 The AWS Amplify CLI enables developers to build, test, and deploy full web and mobile applications based on AWS Amplify directly from their CLI. It has built-in helpers for configuring AWS services such as Amazon Cognito for Auth , Amazon S3 and Amazon DynamoDB for storage, and Amazon API Gateway for APIs. With these helpers, developers can configure AWS services to interact with applications built in popular web frameworks such as React.

Get started with the AWS Amplify CLI toolchain.

AWS SAM had a few major enhancements to help in both testing and debugging functions. The team launched support to locally emulate an endpoint for Lambda so that you can run automated tests against your functions. This differs from the existing functionality that emulated a proxy similar to API Gateway in front of your function. Combined with the new improved support for ‘sam local generate-event’ to generate over 50 different payloads, you can now test Lambda function code that would be invoked by almost all of the various services that interface with Lambda today. On the operational front, AWS SAM can now fetch, tail, and filter logs generated by your functions running live on AWS. Finally, with integration with Delve, a debugger for the Go programming language, you can more easily debug your applications locally.

If you’re part of an organization that uses AWS Service Catalog, you can now launch applications based on AWS SAM, too.

The AWS Serverless Application Repository launched new search improvements to make it even faster to find serverless applications that you can deploy.

In July, AWS AppSync added HTTP resolvers so that now you can query your REST APIs via GraphQL! API Inception! AWS AppSync also added new built-in scalar types to help with data validation at the GraphQL layer instead of having to do this in code that you write yourself. For building your GraphQL-based applications on AWS AppSync, an enhanced no-code GraphQL API builder enables you to model your data, and the service generates your GraphQL schema, Amazon DynamoDB tables, and resolvers for your backend. The team also published a Quick Start for using Amazon Aurora as a data source via a Lambda function. Finally, the service is now available in the Asia Pacific (Seoul) Region.

With X-Ray integrated in API Gateway, you can trace and profile application workflows starting at the API layer and going through the backend. You can control the sample rates at a granular level.

API Gateway also announced improvements to usage plans that allow for method level throttling, request/response parameter and status overrides, and higher limits for the number of APIs per account for regional, private, and edge APIs. Finally, the team added support for the OpenAPI 3.0 API specification, the next generation of OpenAPI 2, formerly known as Swagger.

AWS Step Functions is now available in the Asia Pacific (Mumbai) Region. You can also build workflows visually with Step Functions and trigger them directly with AWS IoT Rules.

We hold several Serverless tech talks throughout the year, so look out for them in the Serverless section of the AWS Online Tech Talks page. Here are the three tech talks that we delivered in Q3: 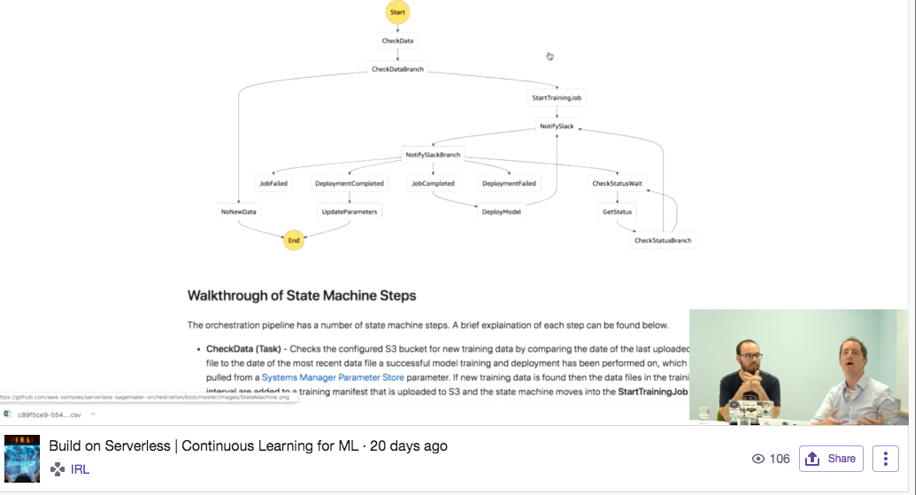 We’ve been busy streaming deeply technical content to you the past few months! Check out awesome sessions like this one by AWS’s Heitor Lessa and Jason Barto diving deep into Continuous Learning for ML and the entire “Build on Serverless” playlist.

For information about upcoming broadcasts and recent live streams, keep an eye on AWS on Twitch for more Serverless videos and on the Join us on Twitch AWS page.

In September, we announced the AWS Serverless Navigate program for AWS APN Partners. Via this program, APN Partners can gain a deeper understanding of the AWS Serverless Platform, including many of the services mentioned in this post. The program’s phases help partners learn best practices such as the Well-Architected Framework, business and technical concepts, and growing their business’s ability to better support AWS customers in their serverless projects.

AWS re:Invent 2018 is coming in just a few weeks! For November 26–30 in Las Vegas, Nevada, join tens of thousands of AWS customers to learn, share ideas, and see exciting keynote announcements. The agenda for Serverless talks contains over 100 sessions where you can hear about serverless applications and technologies from fellow AWS customers, AWS product teams, solutions architects, evangelists, and more.

Want to get a sneak peek into what you can expect at re:Invent this year? Check out the awesome re:Invent Guides put out by AWS Community Heroes. AWS Community Hero Eric Hammond (@esh on Twitter) published one for advanced serverless attendees that you will want to read before the big event.

The Serverless landing page has lots of information. The resources page contains case studies, webinars, whitepapers, customer stories, reference architectures, and even more Getting Started tutorials. Check it out!